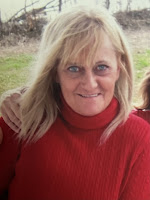 EDMONTON – Terry Ann Reece Shirley, age 68, passed away July 14, 2022, at the Medical Center in Bowling Green. Born September 11, 1953, in Edmonton, KY she was a daughter of the late Weldon Eugene Reece and Dorothy Maxine Garland Reece. She worked as a farmer and was of the Baptist faith.

In addition to her parents, she was preceded in death by two brothers, Johnny and Danny Reece; and one grandchild, Noah Phelps.

In lieu of flowers, memorials may be made to the Light House Community Cemetery.