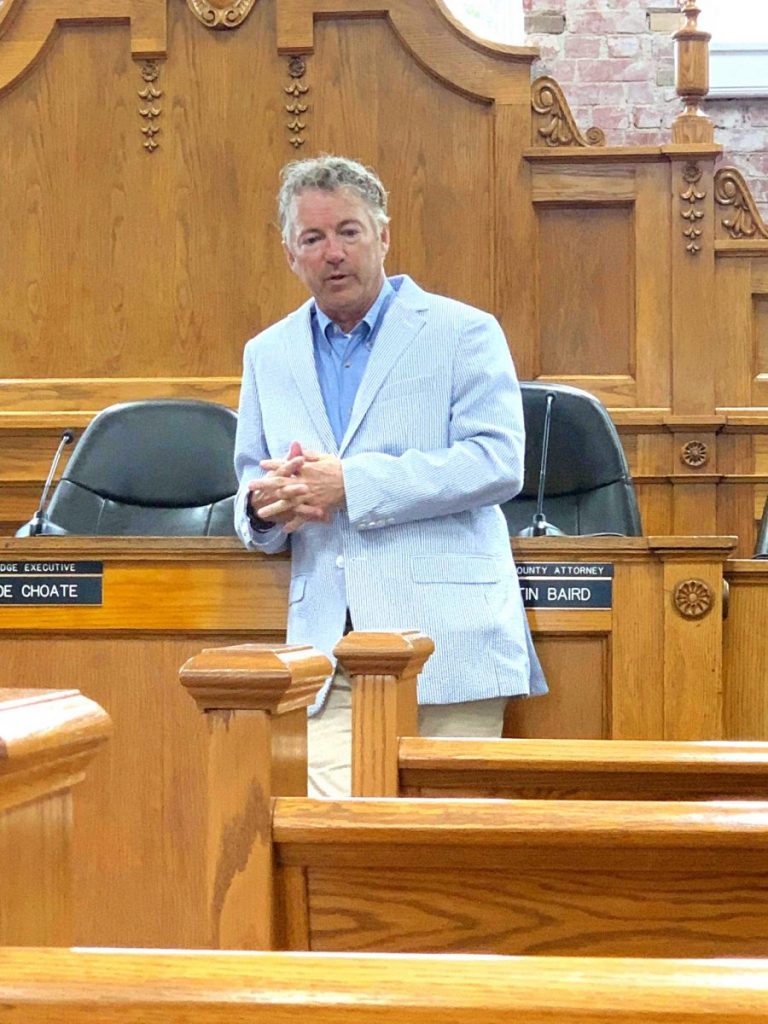 Senator Rand Paul discussed inflation and its effects on the working class. Photo by Asa Waggoner.

Senator Paul briefly discussed and took questions about current national events. He also expressed that the main issue he is hearing from his constituents across the state is how high gas prices and the effects of inflation are affecting the cost of living for everyday necessities.

“These are worrisome times, but I’m a believer that we will get through it,” Paul said. “I think we are a great country…We just went through the 4th of July, with some people saying America’s a terrible country, the Constitution is terrible, and everything else. I don’t believe that at all. I think we are a great country getting better all the time.”

Senator Paul reiterated again that everyone would get through this tough period in American history, but warned the people must be very cautious.

“The moral of the story is, if someone comes to you and says you can have something for free, it’s not honest,” he said.

Senator Paul then made a comparison, stating, “It’s the same thing as an Internet scammer. If you give me your Social Security Number, I’ll give you $5,000… It’s obviously a scam [and] it’s the same in government.”

“People come offering you free college, free cars, free this, free that,” Senator Paul said. “…We are paying the penalty right now for so-called ‘free’. It’s the inflation tax, and it always happens that way, and who suffers the most from an inflation tax? People on fixed incomes or the working class. If you’re making $150,000 per year, you don’t have to worry as much about the price at the pump, but if you make $25,000 per year you got to worry about these prices.”

Senator Paul concluded his visit by stating, “We have to be very careful about understanding that things in life aren’t free and [we] can only get things through hard work and have a system of government that doesn’t make these [kinds of] false promises.”