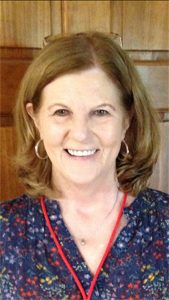 GLASGOW – Mary E. Harper, 70, passed away Thursday, July 14, 2022, at her residence. A native of Barren County, she was the daughter of the late Thurman “Skillet” Johnson and Margaret Bennett Johnson. She was a retired employee of R R Donnelley & Sons, a master gardener, and a member of the Rock Springs Baptist Church.

In addition to her parents, she was preceded in death by one step-daughter, Jennifer Harper; one sister, Carolyn Priddy; and one brother, Courtney Hall Johnson.

Funeral services will be held at 2:00 p.m. Sunday, July 17, 2o22, at the Hatcher & Saddler Funeral Home with burial in the Hiseville Cemetery. Visitation will be from 2 to 8 p.m. Saturday and after 8 a.m. Sunday at the funeral home.