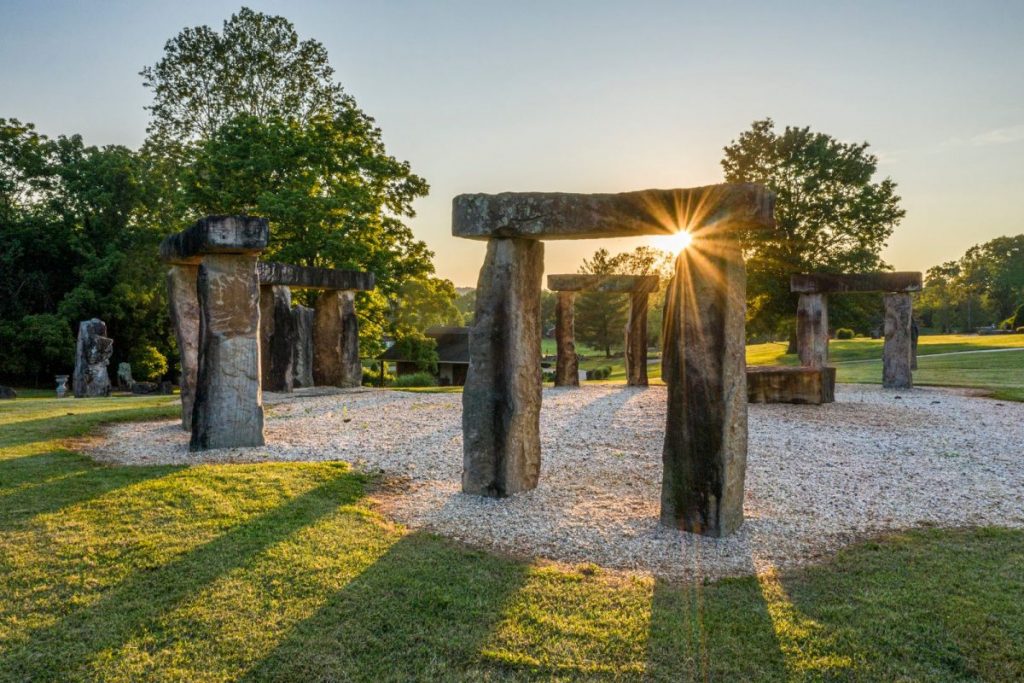 Kentucky Stonehenge was created in 2005 by Chester Fryer. Photo by Wayne Garmon Photography.

Often described as a bit of ancient society in a small town, Kentucky’s Stonehenge in Munfordville has been visited by thousands since its creation in 2005.

Although many historians debate the origin of the actual Stonehenge in England, there is no denying who built the local homemade replica of the iconic landmark. That person was Chester Fryer. 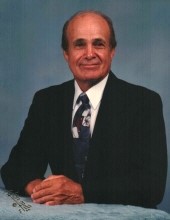 Chester passed away on July 1, but the legacy he leaves behind for others is nothing short of amazing.

“Working with and collecting rocks had always been a passion of my dad’s as long as I can remember,” said Chester’s daughter, Missy Fryer. “He had always watched the History Channel, and he became intrigued with the mysterious Stonehenge monument in Wiltshire, England.”

Chester began working on the Stonehenge replica around 2000 after researching it on his computer. He then searched extensively for large sandstone rocks

It took Chester around five years to complete his project, which consisted of 30 upright and 5 horizontal earth sandstones.

“All earth sandstones are spaced apart and set up to reflect the points on a compass,” Missy explained. “Stonehenge is believed to have an alignment and ritualistic connection with the sun and on days such as the summer solstice, the sun shines thru the middle of the monument.”

Missy stated that her dad was very proud of Kentucky Stonehenge and even described it as his passion.

“It was built on private property, but he always allowed visitors to come and view and take pictures from dawn to dusk just as long as they didn’t climb on the rocks,” Missy said. “My dad was a busy bee and always working in the yard. He has had visitors there from all over the world, and he loved talking to them about his rock creations.”

Kentucky Stonehenge has put Munfordville on the roadside attraction map. It has become a popular destination for travelers who are looking to stop and see something that you can’t just find anywhere. It also serves as a source of pride for the locals. 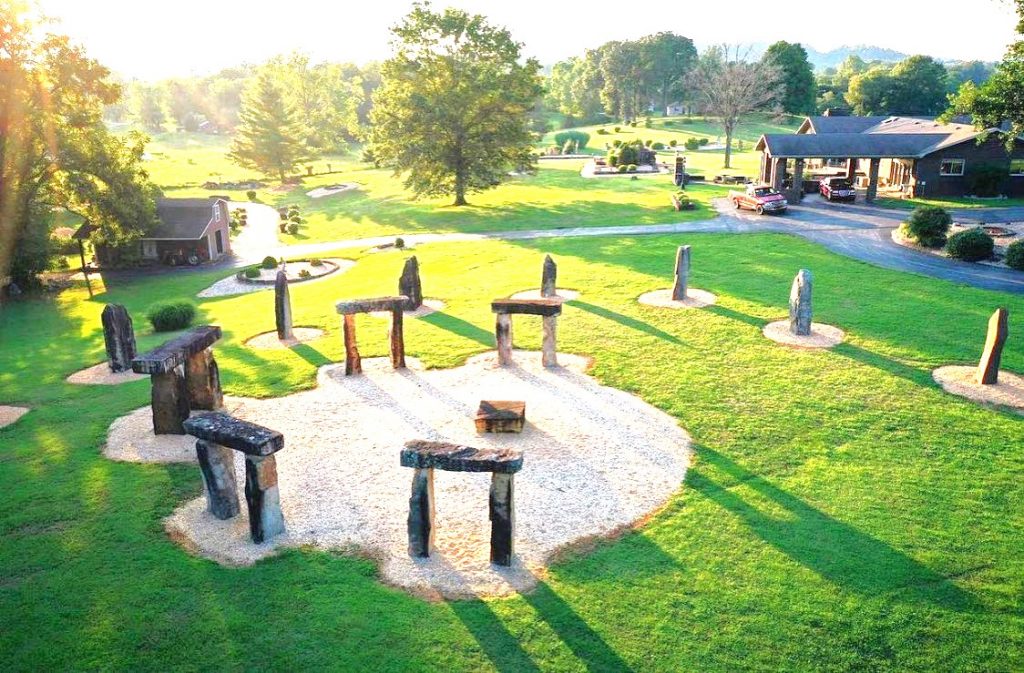 “I will never forget that conversation,” Coni wrote. “I told him we would promote it if he was sure. He said he was. In the years since there have been thousands of people who have visited, and Chester loved every minute of it. Some of the lucky ones got to hear stories from him. Car clubs have visited. There has been dinner on the grounds under a tent with Stonehenge lit against the night sky. 5K’s have been run by it…There have even been a few weddings and engagements among the stones.”

“Chester loved it all,” Coni continued. “We will continue to make him smile by bringing people to visit. He will be missed.”

In addition to being the creator of Kentucky Stonehenge, Chester was also a veteran, a real estate developer, and the former owner of Hart Implement as a Massey Ferguson dealer in Munfordville. He was also the Mayor of Munfordville from 1977-1982, served as a City Councilman for 20 years, and was a member of Munfordville Baptist Church.

“My dad had to stay busy doing something all the time,” Missy said. “He was a hard worker and very big-hearted person. He always told me as long as I can remember, ‘As long as you believe you can do something, you can do it.’”

“Kentucky Stonehenge is my dad’s legacy,” Missy added. “And he would want it to live on and people continue to stop and see his rock creations. “

Kentucky Stonehenge by Chester Fryer can be viewed free of charge at 201 Lynn Avenue in Munfordville. In addition to the Stonehenge replica, Chester also created rock displays such as The Garden of Gethsemane, Earth Mysteries, Rock Gardens, The Twisted Rock, and Cannonville. All can be viewed at this location as well. 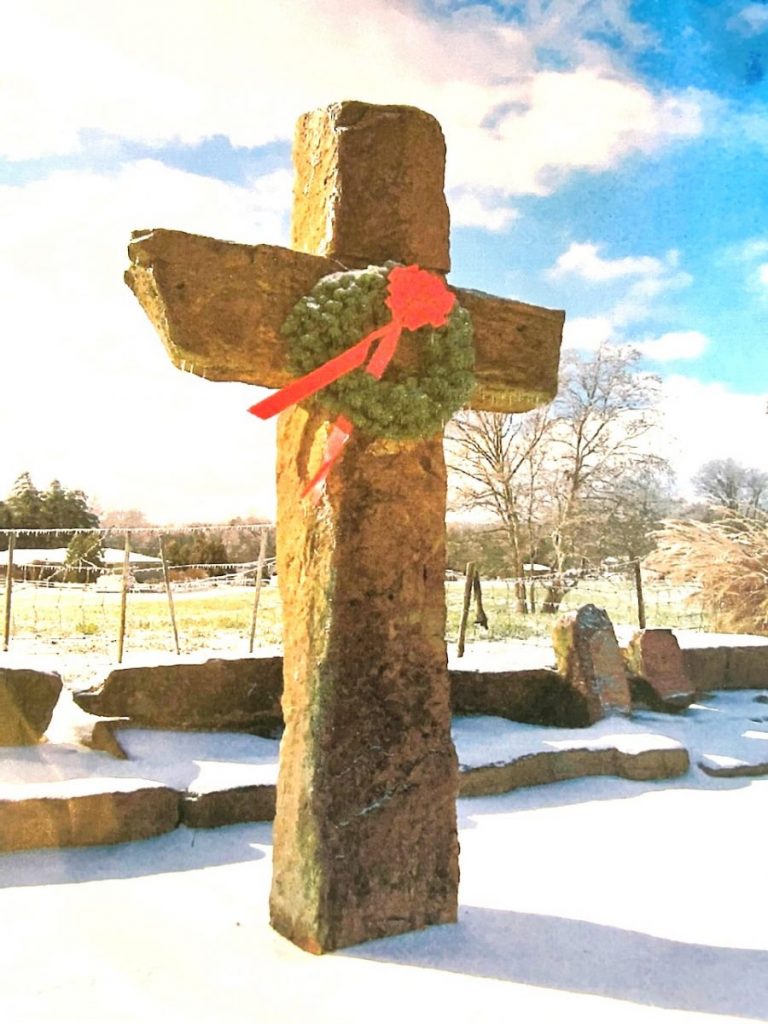 In addition to the Stonehenge replica, Chester Fryer also created rock displays such as The Garden of Gethsemane, Earth Mysteries, Rock Gardens, The Twisted Rock, and Cannonville. Photo submitted. 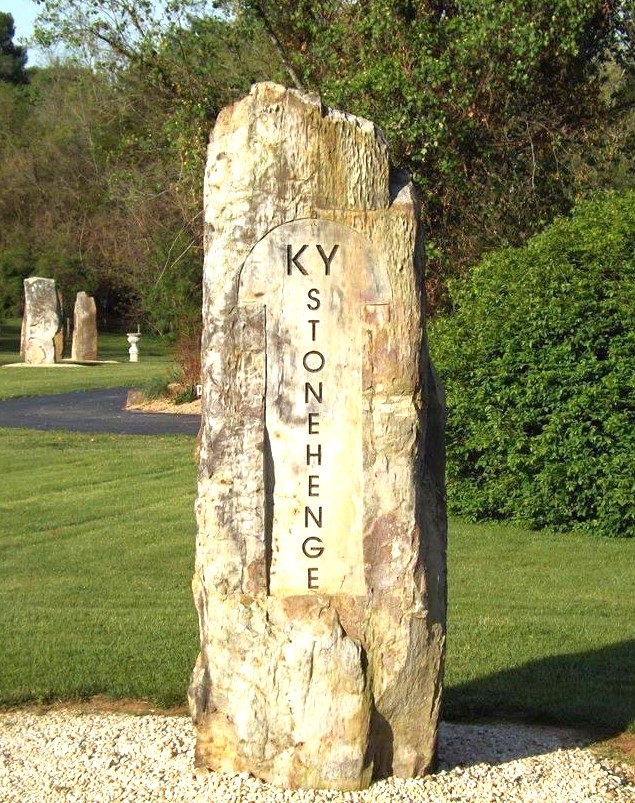 Kentucky Stonehenge serves as a source of pride for the locals. Photo submitted.