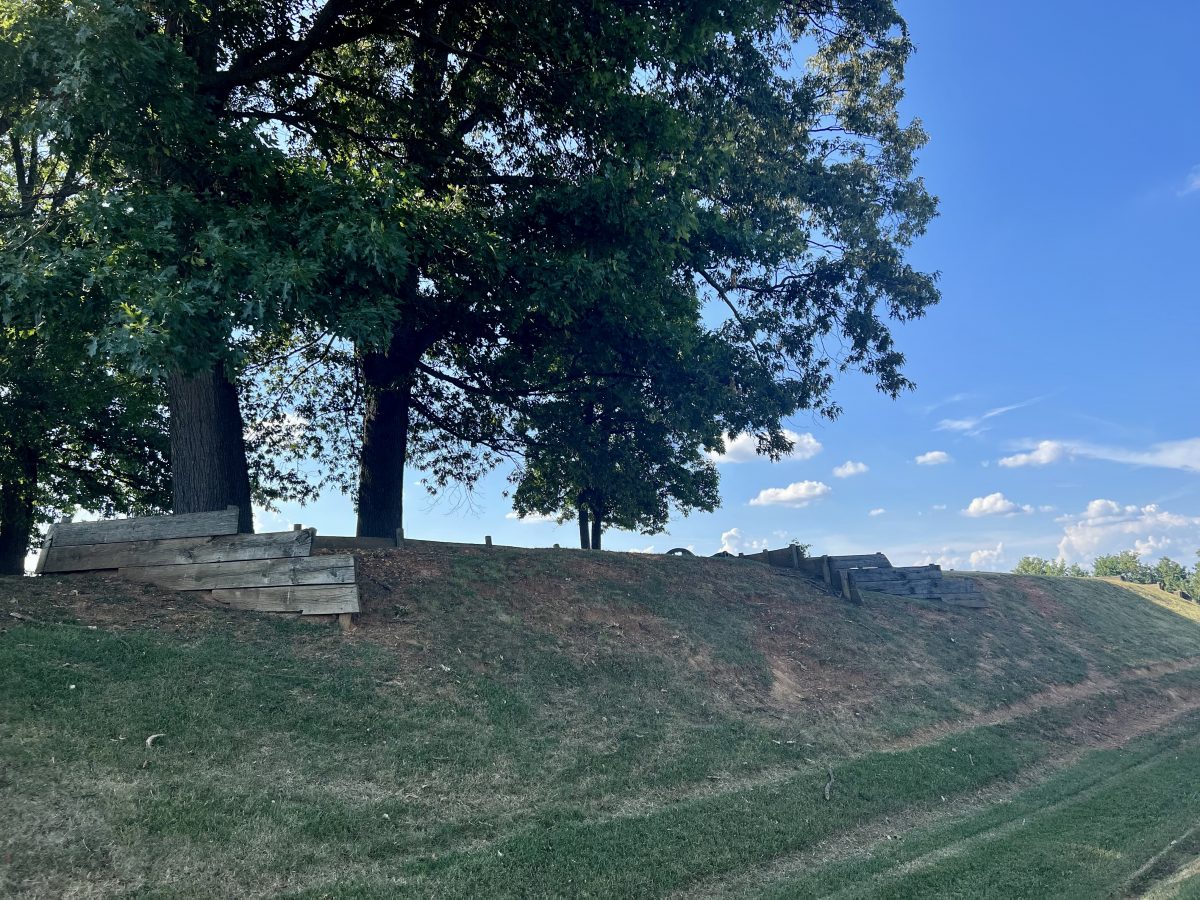 Historic Fort Williams has long been in need of repairs, and now many of those repairs are underway, fortifying and strengthening the fort for many generations to come. This work was made possible by the generosity of Mayor Armstrong and others in the community.

Glasgow’s historic Fort Williams, a Union Civil War fort situated at the top of the Glasgow Municipal Cemetery, has been in ill-repair for many years.

“For some time now it has needed these repairs,” said Glasgow Mayor Harold Armstrong.  “Many of the members on the committee are getting older.  Some of the members have passed away.  We were having a hard time fundraising.”

That’s when the Mayor decided to take on the financial burden of purchasing the lumber for the reconstruction himself.

Then others began to pitch in, including a gentleman from Superior Fence.

“After we purchased a post, he donated his time to come out and set the posts for free,” said Mayor Armstrong.

James Spence of the Barren County Technology Center also pitched in and helped to construct the wall.  Work on the second one will begin soon. After that, Mayor Armstrong plans to get a loader and move the dirt himself to help prepare the fort.

“I had no idea until the work began how many people just go up there to sit and eat lunch. It’s a very visited place in our community,” the Mayor said.

All repair work will likely be complete by the end of the year.