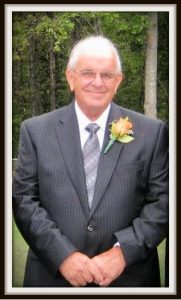 CAVE CITY – Larry A. Constant, age 77, passed away on July 12, 2022, at The Medical Center at Bowling Green. The Barren County native was born on August 21, 1944, to the late Jim Constant and the late Vera Cobb Vincent. He was married to his devoted wife of fifty-eight years, Shirley Goodhue Constant, who survives.

Larry was saved in 1984 at Little Hope Missionary Baptist Church, where he remained a member, deacon and assistant Sunday school teacher until his passing. He retired after thirty-two years as a machine operator for Mallory Company, and also worked at EATON Corporation, and Dollar General. Larry was a devoted husband, father, and grandfather.

Interment will be in Cave City Cemetery.