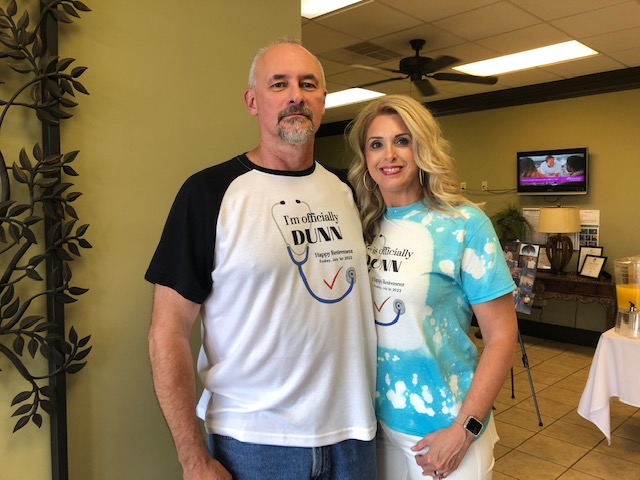 Dr. Paul Dunn and his beautiful wife, Miletta at the reception. Photo by PJ Martin

Friday, July 1st marked a change in health care in the Edmonton area as a retirement reception was held for Dr. Paul Dunn. The reception was held at the T.J. Health Clinic where Dr. Dunn has spent the last 20 years caring for his patients.

The clinic facility was built around 2002 just outside of Edmonton on Highway 68/80. At that time, Dr. Dunn and his medical partner Dr. Drew [Druery] were about 2 ½ weeks out of their residencies at T.J. Samson.

Dunn stated, “We had been working on coming over here for probably a year before that, didn’t find out we were actually coming in until about April, no actually about February of about 2002. Then we had about 5 months trying to get all the paperwork together…I think July 17th was actually the opening date.”

When asked how he wound up in Edmonton, he related the following sequence of events.

“Druery and I met the first day of medical school in 95. Our names were side by side in the rosters so we got grouped in everything together. That’s how we got to know each other. And he was the one that was interested in Glasgow…at the time I was planning to go back to Hazard, because they had the rural health clinic,” explained Dr. Dunn, adding, “He was like, you need to go check out Glasgow, and I really didn’t know really where it was. So we ended up going there.”

“And then over the years you know in 2001, I first became interested in Edmonton. I started talking to him about it and he said yeah, let’s look into it.”

He relayed that originally TJ had planned to put Dr. Kiser in the Edmonton clinic, but he chose to go to the ER. Then the plan was to put Dr. Hogan back in Edmonton, but there were license issues that had to be reconciled. So finally, Dr. Dunn got the position he had hoped for at the clinic.

Reflecting back to the beginning, Dr. Dunn stated that there were maybe seven providers in town, (including himself and Druery) when they opened, but over the last 10 years, “I’ve been the only doctor….a lot changed, but it’s been good to me.”

When asked about his future plans, he simply said that he plans to work on his to-do list and spend time with his family. 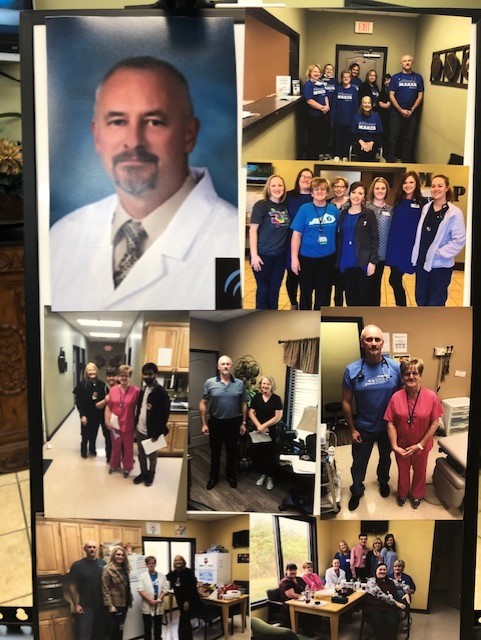 One of two collages on display of photos taken throughout the year at the clinic. Photo by PJ Martin 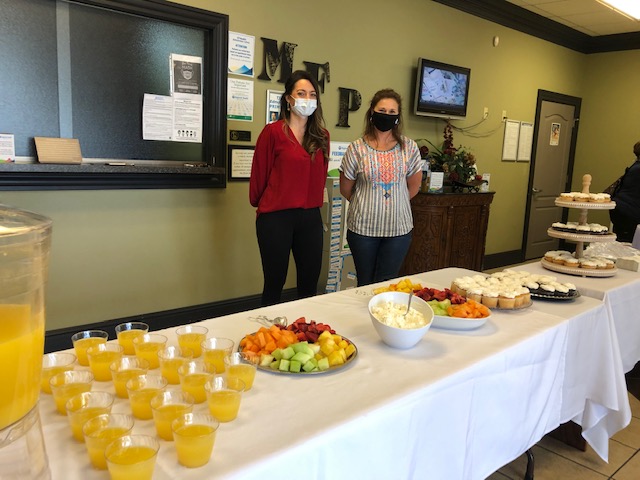 A lovely table was set up in the lobby for the retirement reception. Several patients stopped by to visit and wish Dr. Dunn well. Photo by PJ Martin