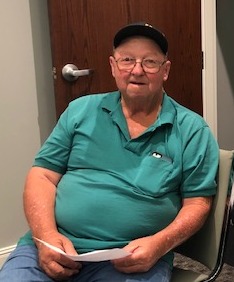 The first order of business was the possible purchase of property located on the corner of 401 East Street and Short Street for $95,000. Mayor Doug Smith noted that the property, “joins the city’s property on the other corners.” The motion to purchase was approved with a vote of 5 – 1, with the one no vote cast by council member Wayne Wilson.

Mayor Smith announced, “The Edmonton Fire Chief will be appointed annually at the first meeting of the Fiscal Year (July). With this appointment comes the duties that this council approved as the fire chief position. And the fire chief will be responsible for all that is required of the position and all of the Edmonton Volunteer Fire Department. It is my recommendation for the fire chief to remain the same for the fiscal year 2022-23 and I am asking for your approval for my appointment of Jerry Clemmons for the 2022-2023 fiscal year.”

The appointment of Jerry Clemmons to remain as the Edmonton Fire Chief was approved unanimously.

Although not presented at the special called meeting, the Edmonton Fire Dept. made 9 runs in June consisting of 4 medical, 4 lift assists, and 1 fire.

The regular July meeting is scheduled for Monday, July 18th at 4 p.m. followed by a Public Hearing at 4:30 p.m. or immediately afterward.