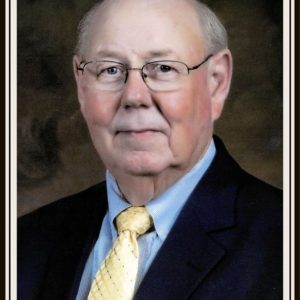 Noah Everett “N.E.” Reed, Jr. peacefully departed this life at his residence on July 6, 2022.  The Edmonson County native was born on June 14, 1947, to the late Noah Everett Reed, Sr. and Maud Johnson Reed.  He was married to his best friend and helpmate of fifty-five years, Beverly Reed, who survives.

N.E. was a public servant and fulfilled many roles in his community and church.  He was elected as the Edmonson County Judge Executive in 1993, and retired from office in 2014, after twenty-one years of service.  During this time, he developed the Edmonson County Parks and Recreation and the Edmonson County Industrial Authority.  He worked diligently to bring new industries into the county, to create economic development, and to improve our roadways and basic infrastructure.

The most important obligation to N.E. was his commitment to his church and family.  He was a faithful and devoted member of Oak Grove United Baptist Church, where he was ordained as a deacon over forty years ago and had previously served as song leader and church clerk.

Besides his wife, Beverly, he leaves to honor his memory— two children, Michael Reed (Julie) and Tonya White (Jimmy) all of Brownsville; seven grandchildren, Krys Murley (Ryan), Hannah Dossey (Steven), Emma, Ian, and Eli White and Luke and Jacob Reed; four great-grandchildren, Reed and Rebekah Faye Murley and Everett Samuel and Vivi Claire Dossey, along with a multitude of friends and extended family members whom he cherished.  In addition to his parents, he was preceded in death by his infant daughter, Sonya Lynette Reed, and his siblings, Barbara Lou McDougal, Earl Reed, Clyde Reed, Wilma Mimms, Nelda Reed, and Iris Barrett.