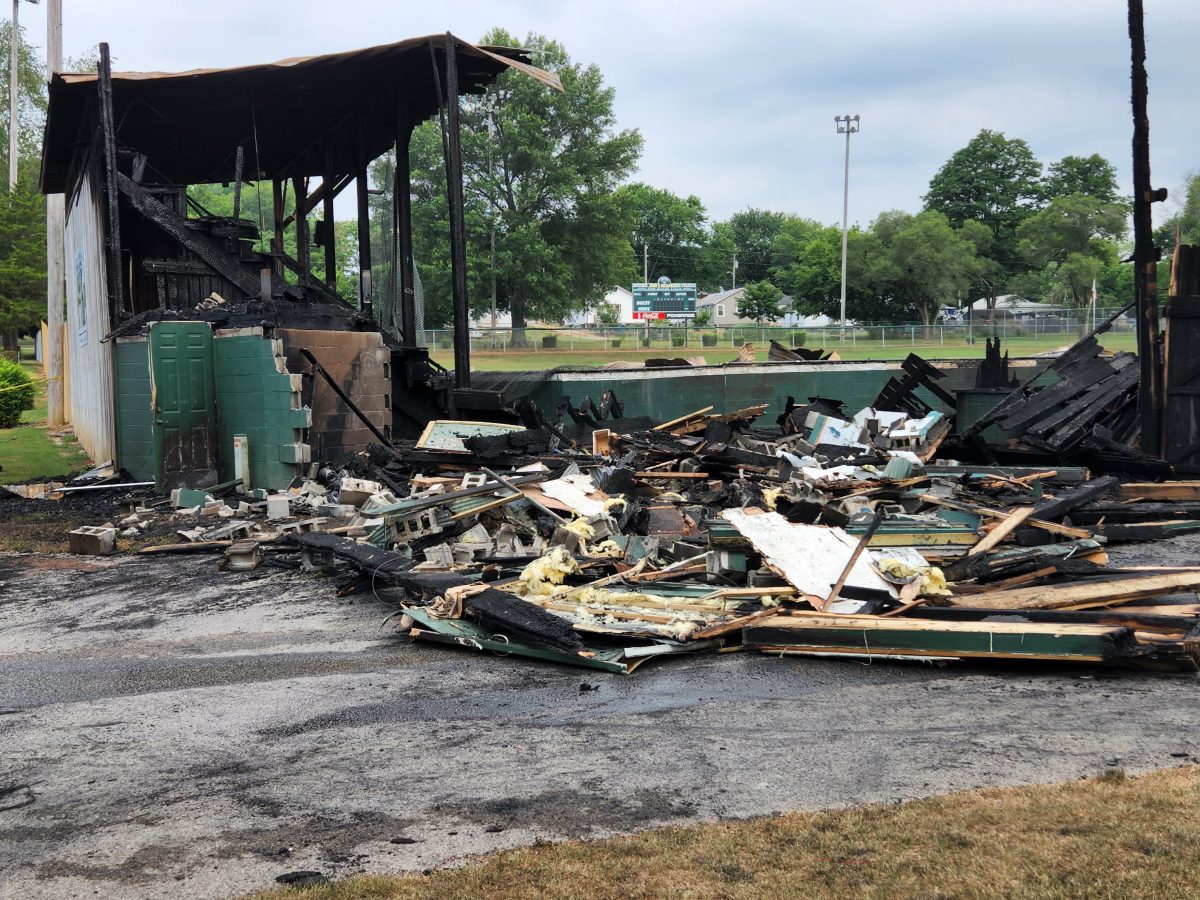 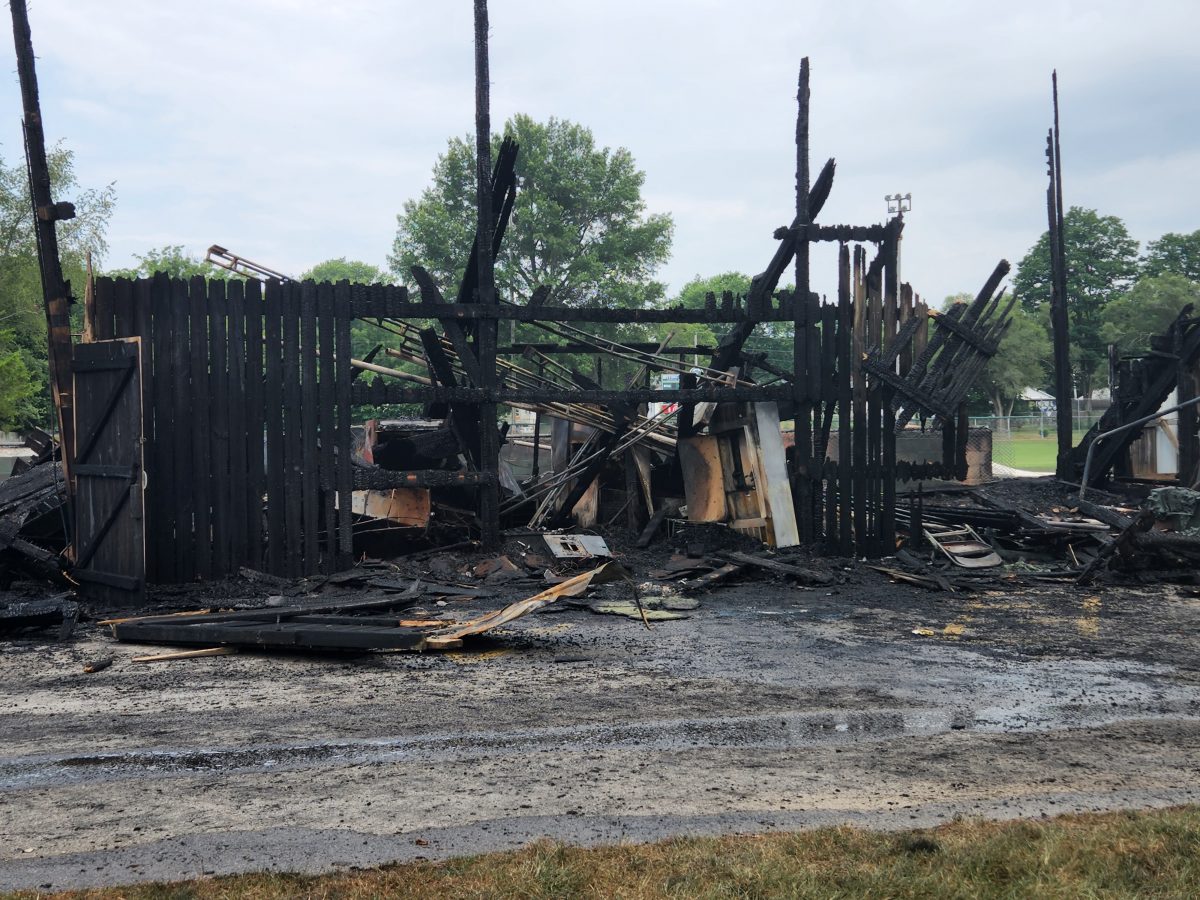 The fire was determined to be electrical in nature. Photos by JR Jessie, Jobe Publishing

According to the press release issued by William J. Rock II, Chief of the Glasgow Fire Department, the Glasgow Fire Department responded to Gorin Park in response to a bleacher fire.  The Initial alarm time was 1:46 am and units were enroute at 1:48. Upon arrival Glasgow Fire Units found the bulk of the stadium area was on fire.  Fire department personnel pulled attack lines off the initial truck and began to attack the fire.  Once the other fire units were on scene, units connected to a near by water hydrant and established a secure water supply.  Glasgow Fire units had the Fire extinguished at 3:02 am and continued to search a spray hotspots all fire units  cleared the scene at 6:06 am.  The State Fire Marshall was notified and arrived on the scene to meet with Fire Department personal and  investigate around 8:00 am.  The fire was determined to be electrical in nature. Fire crews were on the scene for a little over four hours and no one was injured.

Also on scene was the Director of Glasgow Parks and Recreation, and Representatives of the Glasgow Independent School District.

More details and photos in next weeks Barren County Progress. 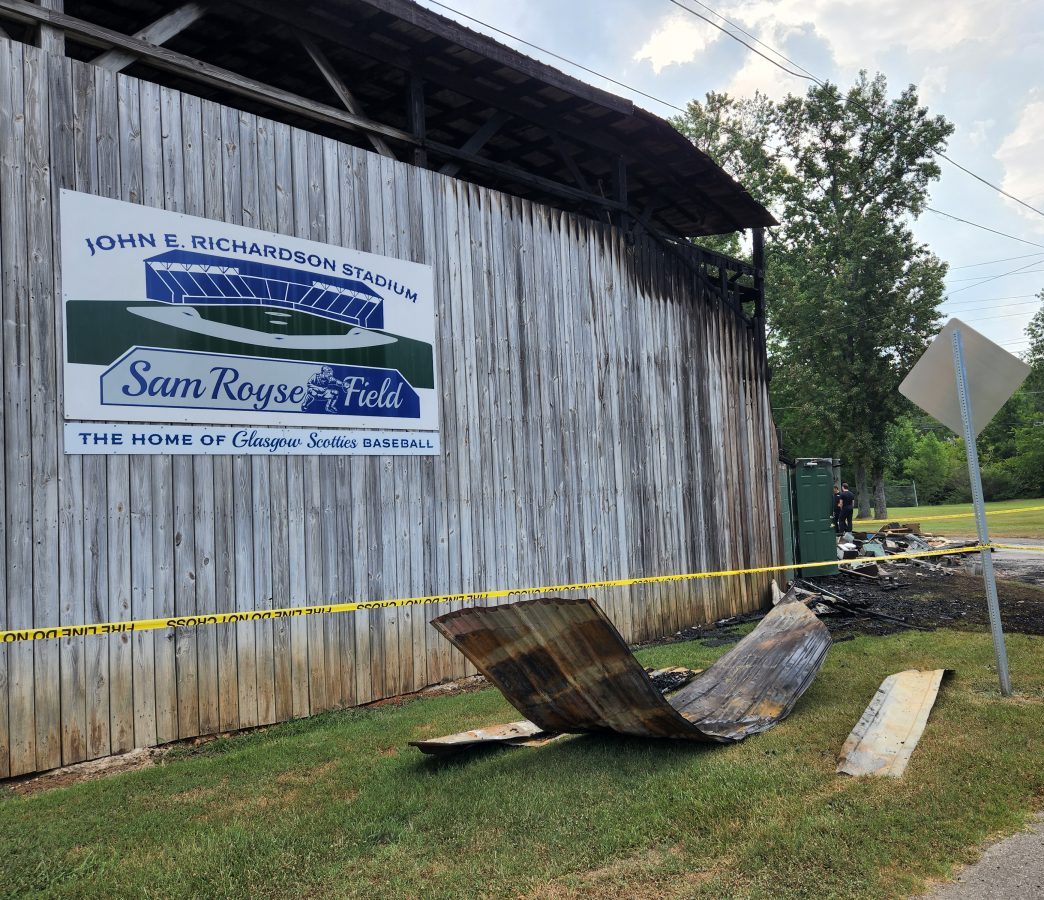 The stadium located in Gorin Park. after the fire destroyed the stadium early Thursday, July 7. Photos by JR Jessie/Jobe Publishing