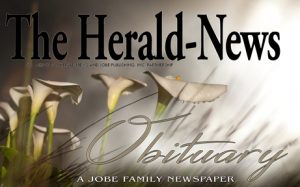 EDMONTON – William Royce Smith, age 87, passed away Tuesday, June 28, 2022, at his residence. He was born June 06, 1935, in Bowling Green, to the late Irene “Perkins” and Ray Smith. He was the owner-operator of Metcalfe Motors in Edmonton and proudly worked as the local Ford dealer for over 35 years. Royce also served as sheriff of Metcalfe County for one term.

In addition to his parents, he is preceded in death by his sister, Joyce St. Charles; and brother, Kenneth Smith.

Cremation was chosen by the family with no services to be announced at the present time. McMurtrey Funeral Home is assisting the family.