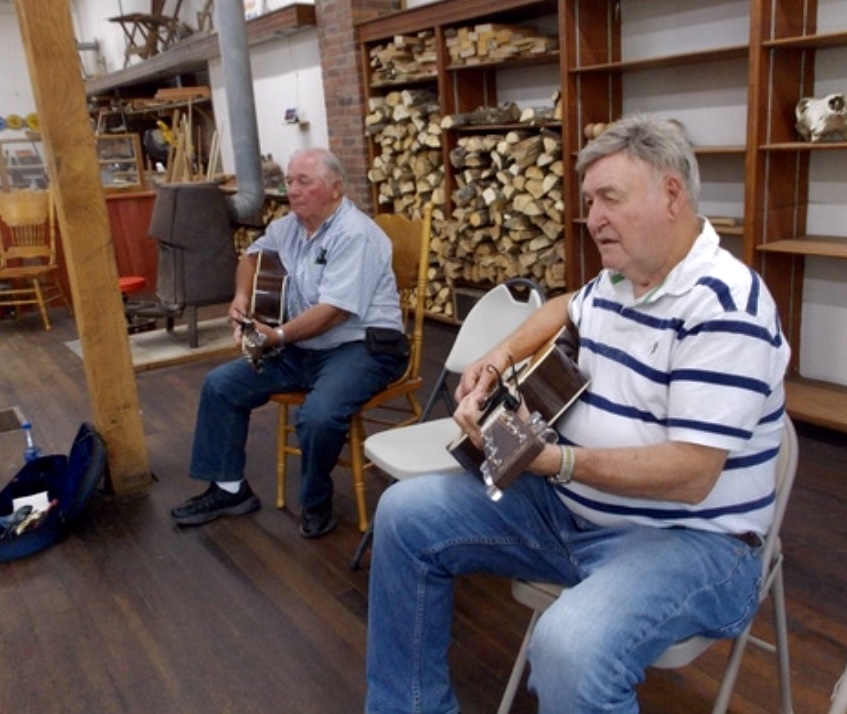 James Bailey and friend prepare for a song. Photo provided by Ron Underwood

Like all of the Metcalfe County, Summer Shade has a long and celebrated musical heritage. Now, several local pickers from around the region are continuing the tradition and keeping the legacy alive, by gathering at the Cash Store.

This gathering of voices and strings began in late 2018.

“I had my guitar in the store thinking I may practice some,” said Ron Underwood, owner of Southern Wood and founder of the event.

“A customer came in to place an order and asked me if I played. The following week we got together to play, and I invited a few friends.”

After that, Underwood discovered a wealth of talent in the area.

“I am determined. I really don’t play!” jokes Underwood.

“We initially played every two weeks to match Todd Thurman’s shift schedule. Todd (the customer) plays extremely well and covers a wide spectrum in music. It just became kind of pick-up thing. Early days were all in my store, Southern Wood.”

These days the ever-evolving group of pickers gathers in Cash’s Olde Store, once Earl Froedge’s store.

Somewhere along the way, musician Jack Dodson introduced Underwood to Facebook Live and they now broadcast the music via Facebook.

Our schedule has remained every two weeks except when bad stuff, like covid hit.

“We normally have about 3,000 views, and on one great night 10,000. We are open to the public, but you may need to bring a chair. Anyone can come and play, even people like me. We have a 101-year-old woman (Iris Bartley) and a 95 (Willard Parnell) year old man,” said Underwood.

Not only are the musicians involved a diverse group, the music is a diverse selection as well.

“We cover a range of music, mostly Country, Bluegrass, and Gospel, a bit of Southern Rock or blues may be thrown in. It is a jam session, so we rotate the lead player and they choose the song. There are the regulars and then some drop-ins. Some as far away as Louisville. We do try to take requests, but on FB Live sometimes I’ll miss a request or two,” he added.

The group gathers every other Friday evening; the events are normally scheduled as an event on Facebook, under Summer Shade Town Hall. You can also view videos of previous picking sessions there. 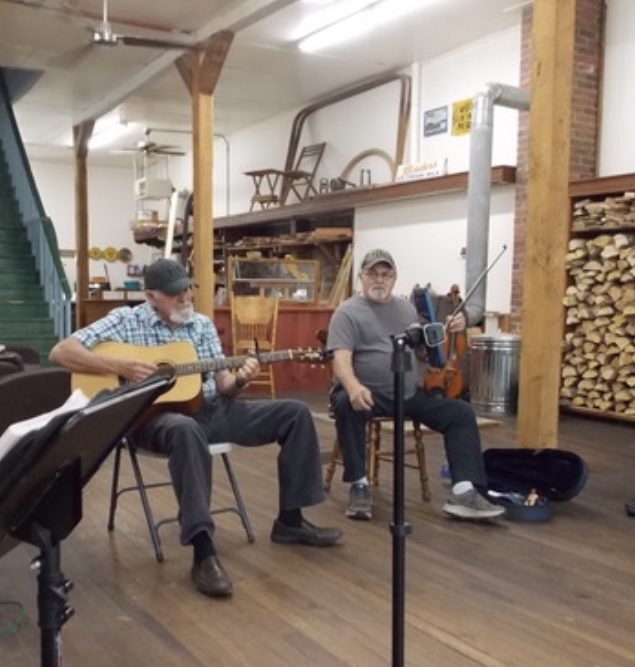