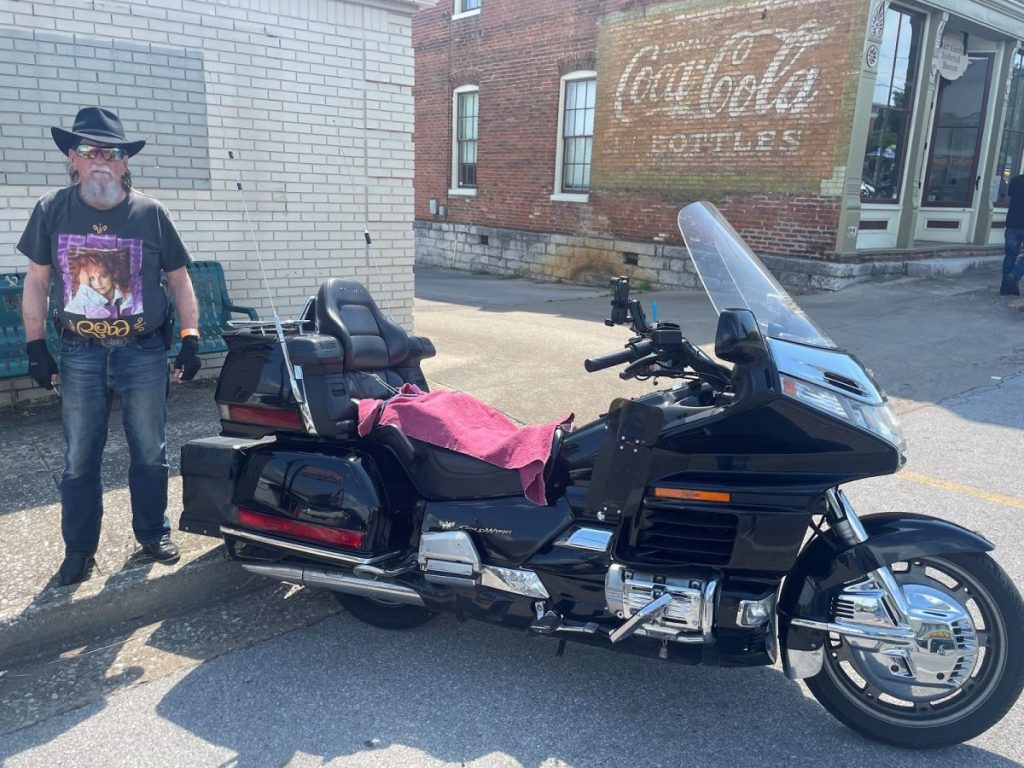 The 9th Annual Run for the Light Poker Run rolled out of the Munfordville Square on Saturday, June 11 with 226 bikes and an additional 105 passengers.

This year’s route was roughly 80 miles, with participants leaving from the Munfordville Courthouse and traveling through Cub Run, Clarkson, Brownsville, and Park City before rolling back across the bridge in Munfordville.

“Thank you to all the local businesses that sponsored us this year,” said James Lawrence. “We have sponsors add names of those they have lost to the back of our shirts. This year we had 57 loved ones listed.”

The farthest rider for the Run for the Light came from Iowa, riding 560 miles. The largest group (18 bikes) came from Campbellsville with Anissa Loy. The Fan Favorite was a custom motorcycle belonging to Micky Compton. The Newest Rider was Sunshine Kerr, who had only had a license for 30 days. There were two awards given for Youngest Riders, 7-year-olds Mina Thomas and Michael Thomas Minor.

The CMA (Christian Motorcycle Association) was back again this year, doing a “blessing of the bikes” to keep watch over the riders and provide safe travels.

“I love talking to everyone,” said Lawrence. “I have several come up to me each year to tell me their story or that they are a survivor. I tell them this is for them, that we are glad they are there, and that they are why we do this.”

Next year, to celebrate their 10th Annual Run, a motorcycle will be given away.

With funds raised this year, Run for the Light was able to donate $10,347 to the American Foundation for Suicide Prevention. Megan Cole, Director of the Kentucky Chapter of AFSP, was on-site distributing information.

“We look forward to this event every year,” said Cole. “Not only does it raise the needed funds to help drive our mission forward and support our Out of the Darkness Walks, but it raises awareness and helps us build a community that is smart about mental health. Survivors of suicide loss and anyone struggling with suicidal thoughts can look at this event and know that they are not alone. There is a community that supports them and is ready to help fight suicide.”

Established in 1987, the American Foundation for Suicide Prevention (AFSP) is a voluntary health organization that gives those affected by suicide a nationwide community empowered by research, education, and advocacy to take action against this leading cause of death. 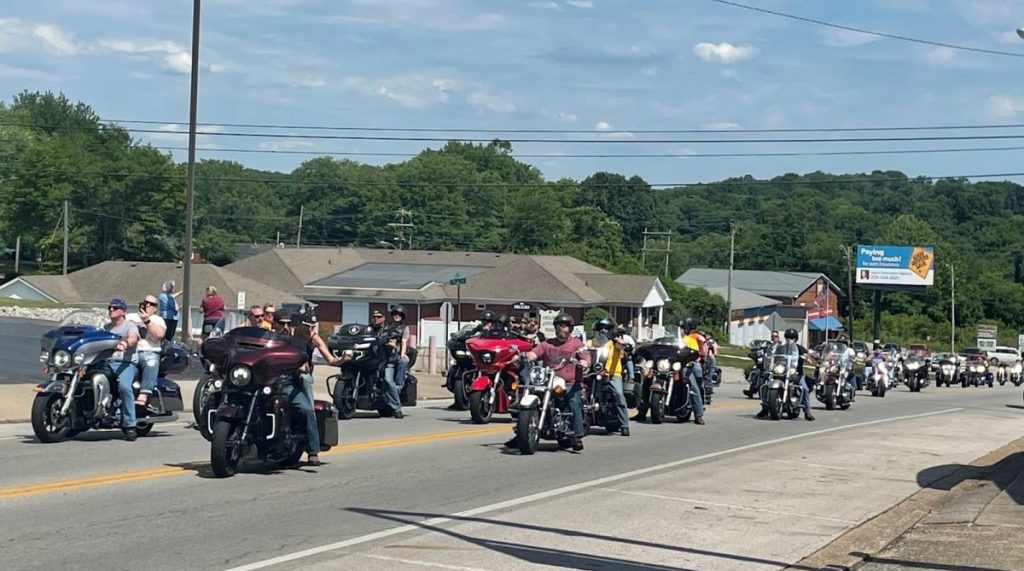 This year’s Run for the Light Poker Run had 226 bikes and an additional 105 passengers. Photo Credit: Katrina England