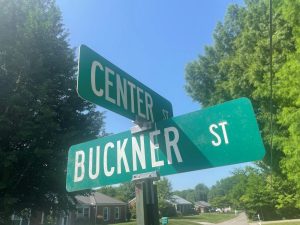 Portions of at least 11 Munfordville streets are being taken into consideration for resurfacing, but the Munfordville City Council is tasked with choosing the locations with the direst need in order to keep the bill under $170,000.

First on the agenda was the second reading of 02-022 amending ordinance 03-021, regarding adopting an employee pay compensation. It passed unanimously.

The final item on the agenda was the second reading of ordinance 04-022 (FY2023 Budget).  Inside that discussion regarding the budget for the fiscal year was disbursement of the $215,000 grant to be used for infrastructure.

Johnson reported that the grant will be divided up accordingly:

-$50,000 to the sports complex to build a second soccer field, a parking lot, and a road to access it;

$100,000 in resurfacing city streets, with an additional $32,000 from municipal street funds, plus approximately $38,000 carried over from last year (which will also go toward streets).

“It doesn’t matter who lives on the street, I’m looking at the amount of traffic,” said Mayor Johnson.

“This has to happen,” added Councilmember Ricky Line.  “We need to move.”

With $170,000 for use toward streets and a grand total of $192,600 for all the current streets in consideration, the members of the city council are faced with deciding which streets need resurfacing the most, and which will be removed from the list.

“I would encourage all of us to take this list and drive the streets, and come back in July to say which streets need this the most and which need this less,” said Councilmember Kenny Shepperd.

“The only thing we cannot take off is pothole (repair),” added Councilmember Annie Swift.

The next Munfordville City Council meeting will be held on Monday, July 11 at 6 pm at City Hall.