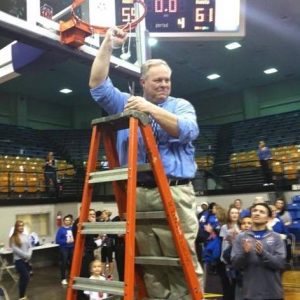 Barker, who grew up in Owensboro, Kentucky, played basketball at Apollo High School, where he went to the state tournament during his sophomore year, as well as during his senior year in 1978 when the team went 35-0.

While at Apollo, he played for Wayne Chapman, former professional basketball player, and father of former UK Wildcat Rex Chapman.

Barker moved on to play for Samford University in Birmingham, Alabama for four seasons, averaging 18 points per game and earning an 85.5% free throw percentage.

After graduating from Samford with a degree in Business Administration, Barker moved into a head coaching position at Lagrange College, a private four-year institution in Georgia. There, he coached from 1986 through 1990.

For the 1990 season, Barker moved to Brewton Parker College in Vidalia, Georgia. He served as coach for 18 years, while also serving as athletic director for his last 10 years on staff.

“After 23 years in Georgia, I found out that McLean County opened up in Western Kentucky, so I got out of college coaching and decided to coach high school basketball,” said Barker, who went on to earn a master’s degree in Special Education from Campbellsville University.

“In 2018, we went to the state tournament,” said Barker. “We got a chance to play in Rupp Arena, which is really a neat atmosphere, and the kids really enjoyed doing that.”

“I’m excited about Caverna,” explained Barker. “They have a nice group of players. They’re very young, and I’m excited about getting to work with them…We’ll have our bumps and bruises because we’re so young, but the greatest thing about that is that all but one will be back next year.”

Barker and his wife, Faith, have three children: Bailey, Brooke, and Beau. The family plans to relocate to the area as Barker settles in as head coach, already setting goals for the program.

“When I was at McLean County, we were fortunate enough to win the Region 3 All A,” said Barker. “I know that Caverna is a part of the All A, so we’d like to set a couple of goals of maybe winning the All A or having the opportunity to play in the state tournament, and we want to make a run in the region. I think the tools are there to do it.”

Barker will join the Caverna Basketball Program in good company since Madison Faulkner was recently named the head coach for the girls’ basketball team, returning to her alma mater and following in the footsteps of her father.

“Caverna High School would like to welcome Coach Barker to the Colonel Family,” said CHS Principal Frank Beauchamp. “We are excited for the experience and skill Coach Barker brings to the table. We can’t wait to see the team play and grow together with their new coach.”

The school district held a meet and greet for Coach Barker at the high school on June 6, with basketball players, parents, and staff in attendance.

“From various sources, I have heard very positive comments about Coach Barker,” said Board Chairman Wayne Hatcher. “I believe he will work hard to build the basketball program as we have a lot of young talented players with which he can develop. We welcome Coach Barker to our Colonel family!” 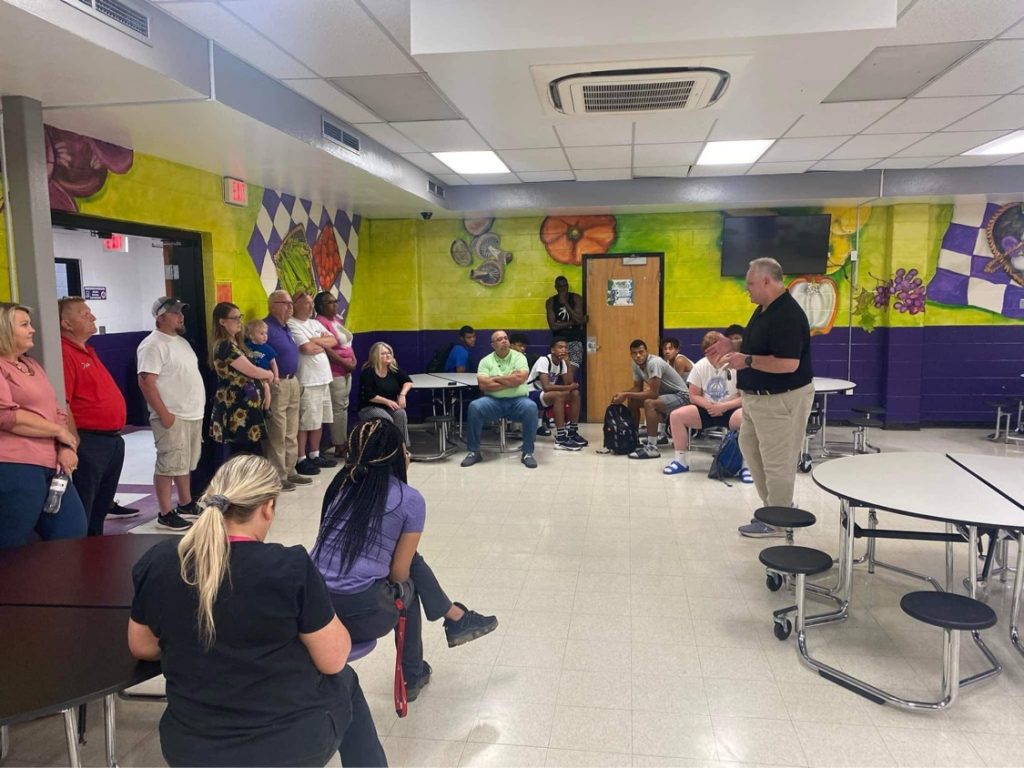 A meet and greet was held on June 6 in the CHS cafeteria so that players, parents, and district staff could meet the new boys’ head coach, Steve Barker. 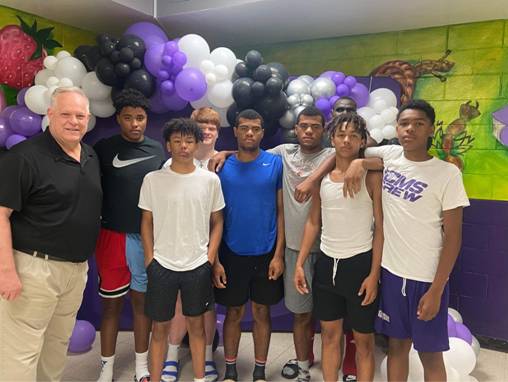 Steve Barker, left, said that the current boys’ basketball team at CHS has a great group of players. He is looking forward to working with the team.