Horse owners Greg Turner, his daughter Brittany Turner, and their family-owned business, BG Stables, filed a lawsuit in the Barren County Circuit Court on Monday, June 13, against an abundance of county and city officials, including Barren County Judge/Executive Micheal Hale and his wife, Shani, and Glasgow City Mayor Harold Armstrong.
Other defendants named in the lawsuit include:

Shelley Furlong both individually and her official capacity as a Barren County Animal Control Officer/Employee of the Glasgow City Police Department;

Suzanna Johnson, an active officer of the Heart of Phoenix Equine Rescue, Inc.

As for Hale, his defendant role is both individually and in his officiate capacity as Judge/Executive.

The lawsuit follows ongoing investigative inquiries and reporting through the Barren County Progress after local officials took questionable actions during and after the seizure of the Turner’s horses in the fall of 2019.

The lawsuit outlines specific details surrounding a contract that owners had, at that time, with the Commonwealth of Kentucky at the state park where Brittany Turner operated a public riding stable through auspices of the Kentucky Tourism, Arts and Heritage Cabinet as a state-contracted concessionaire with the Kentucky Dept. of Parks.

The lawsuit states that at approximately 1:30 PM on Sept. 10, 2019, “nine (9) horses’ ownership was usurped, converted, disrupted, or terminated by one or all of the Defendants named herein who acting under assumed authority coordinated and conspired illegally and unconstitutionally through the County of Barren’s elected officials and agents, servants, or employees of the City of Glasgow…”

It further explains the same nine horses were removed from the public stable premises and boarded at the farm of Steve Bulle until around May 2020 before being returned back to the state park.

The Turners’ horses and “means of livelihood were confiscated/ seized/ taken/ purloined/ stolen without regard to the Plaintiffs’ fundamental lawful protections of Right to Due Process of Law and/or Equal Protection of the Law as guaranteed by the Fifth and Fourteenth Amendments to the Constitution of the United States of America and similar protections guaranteed by the Commonwealth of Kentucky, its Constitution, Statutes and Regulations duly promulgated and enacted,” the lawsuit states.

Furlong signed a sworn criminal complaint on Sept. 25, 2019 that was filed on Dec. 16, 2019 in the Barren District Court charging Greg Turner with nine separate counts of Cruelty to Animals in the Second Degree, a class A misdemeanor carrying up to 12 months in jail and $1,000.00 fine.

At that point, he entered a guilty plea after making nine court appearances over the matter.

His guilty plea came “after being confronted by the Prosecutor with a Board and Care Invoice” of $35,000.00, which included Bulle’s costs he charged to the County of Barren for his portion of time the horses were under his care, the lawsuit explains.

It further states the Turners’ were “expending significant sums of money in legal fees and expenses for travel and accommodations.”

According to the lawsuit allegations, Furlong “had sought by text message the assistance of the Kentucky Department of Agriculture…among other written statements inquired “…I have got to get more dirt on this nasty man…I have got to shut him down somehow.”

The lawsuit alleges that this and other inquiries by Furlong and other defendants “resulted in photos of emaciated, sick and starving horses being posted on Social Media with the intent and purpose of attribution to the Defendants as part of a scheme” that was initiated by Furlong.

The lawsuit also states no horses have been returned to the plaintiffs and that one or more of the horses have reportedly been “adopted” by Hale and his spouse, Shani.

Part of Turner’s 2021 plea deal required him to forfeit his equine property.

However, this new lawsuit alleges that his forfeiture “fails to comply” with state laws regarding seizure and forfeiture of property.

None of the actions taken by the defendants listed whether individually or collectively comply with existing laws constituting civil actions of the plaintiffs and entitle the plaintiffs to both compensatory and punitive damages, according to the lawsuit.

It further states that the actions committed by the defendants were performed with “malice and with the intent to oppress” the Turner family.

The lawsuit alleges several charges including complicity, theft by unlawful taking or disposition, official misconduct in the first degree, and abuse of process and malicious prosecution.

“The charging and prosecution of Plaintiff Greg Turner…was an intentional, malicious and perverse use of the judicial process not justified by the underlying evidence of any offense,” the lawsuit reads.

The lawsuit, filed by Turner’s attorney Gary Logsdon, requests a jury trial and interest at the maximum legal rate until any favorable judgments ruled in favor of Turner are paid in full by the defendants. 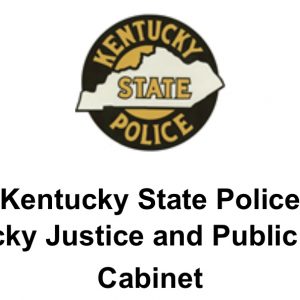