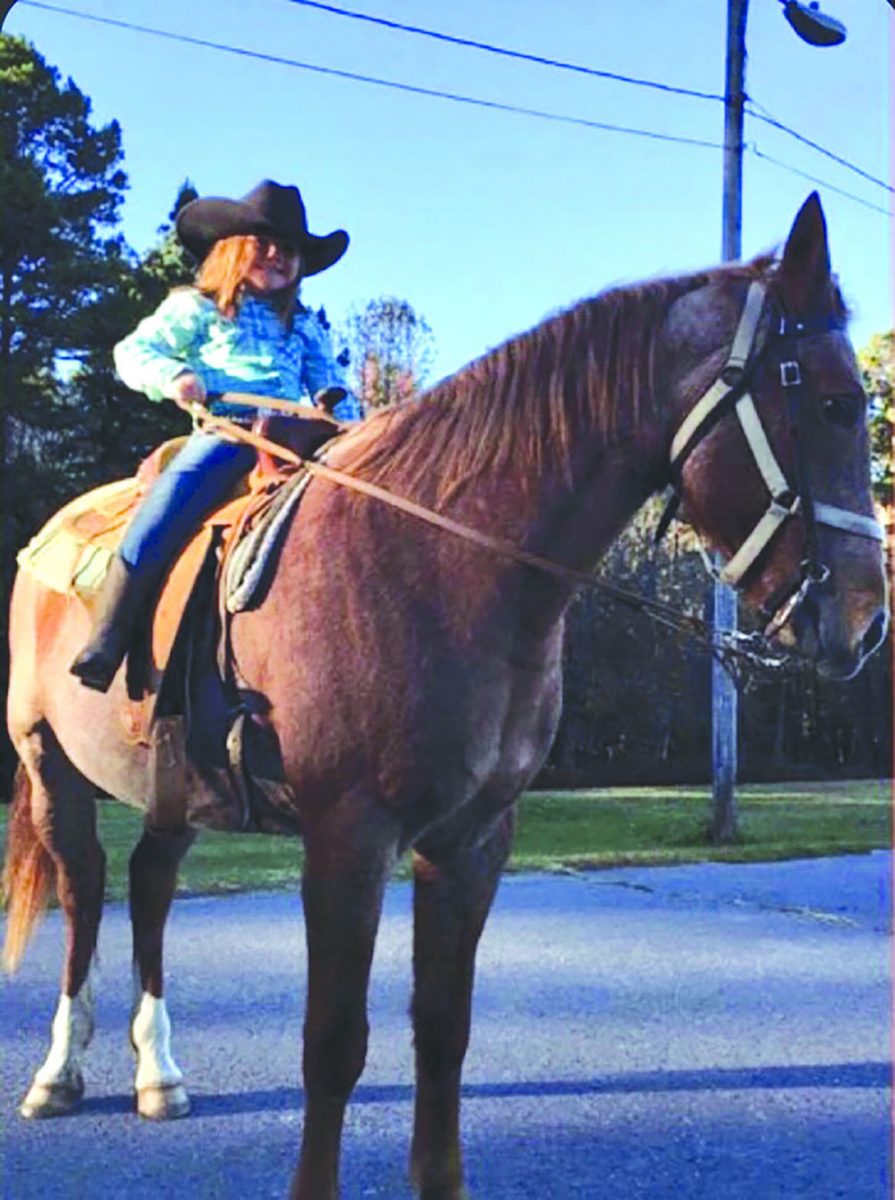 Sugar (the horse) was especially special to the Turner’s because she introduced their own family to horse back riding. “I can’t believe the man who took our horses, can take one home, change her name and say he adopted her,” Brittany Turner.

A Hart County resident, Suzanna Johnson, is an active officer for a group called the Heart of Phoenix Equine Rescue, Inc.  She admits to having posted photos of dead and dying horses in various stages of malnutrition on their horse rescue page with conflicting statements as to where they obtained them.

Because of our coverage, it has been removed but not until 917 people shared it nationally in 2020, thousands read it, and hundreds of personal attacks were made against the Turner family. This came along with another 53 shares and dozens of attacks in Barren County since May 29, 2022.

In a May 16, 2022 meeting, Barren County Animal Control Officer Shelley Furlong admitted to sending these same photos to the Kentucky Department of Agriculture (KDOA), stating, “…I’ve got to get more dirt on this nasty man…I’ve got to shut him down somehow.” She further acknowledged they were not Turner horses or associated with any investigation in which she had knowledge.

Prior to acknowledging she had sent them to the KDOA, Furlong was shown the photo collage and said she had them in her possession and sent them to, “Shani Hale…because she asked me to”.

Shani Hale is the wife of Barren County Judge-Executive Micheal Hale. The Barren County Progress (BCP) withheld her name until now because she made it known through a Facebook post on May 29, 2022 that she knew where they came from – poking fun at the newspaper for not knowing.

Mrs. Hale wrote, “I guess I’m the reporter here because I did my research affiliated with these pictures! It looks like this has been an ongoing situation for Mr. Turner. These post were from early 2020.” She additionally shared two links having the photos not presented in the collage manner with her comments. The equine site shows that because of her post 53 more shares of the false stories were circulated and several of our readers had it forwarded to them as fact inside messenger.

Judge-Executive Hale has had the most prominent role in the Turner horse case since they were seized on September 10, 2019. Thus far, the BCP has disclosed that he promoted the false narratives of “Horses were abandoned and left to die”, “We had to put one down”, “We had a two-year court delay because of Covid”, and “KDOA told the county to seize horses that day”. The BCP also reported that Hale refused to disclose he had one of the horses at his home until it was known we were printing the story.  He then called a special meeting and said, “We adopted it.”

Hale adopted one of this family’s horses without Barren County Fiscal Court or Barren County District Court’s knowledge and during a time of which Turner should have been innocent until proven guilty. The horse Hale adopted is particularly hurtful to the Turners because her name is Sugar, and she was used to introduce the Turners’ own children to horseback riding.

Furlong admitted to not complying with policy in regards to having a vet certify the immediate need and a court order to seize the horses. She was emotional when she apologized for allowing Hale to make false statements in open meetings without correcting him. Hale is now saying it was Animal Control who seized the horses, and it wasn’t his responsibility to discuss details with the magistrates or in county Fiscal Court meetings for 23 months.

Once Mrs. Hale posted the two links, we reached out to them. Colleen Schoener, made her post on January 6, 2020.  She posted the same photos and wrote, “This man is an AWFUL man!!

He owns Lake Barkley Riding stables, Lake Cumberland Riding Stables, Barren River Riding stables, and Kentucky Dam Riding Stables! He goes to horse sales and sells of any horses that drop weight ECT, and continues to buy more!! He put these horses on the trails not knowing ANYTHING about them!!! You sign a waiver so he can’t be sued!!! This man does NOT put hay OR feed out for ANY of these horses when he has them on “pasture” during winter or summer!!! They have shot and killed more than 6 horses within the last year that is KNOWN of!! Bones can be found on EACH property!!!

This is just SOME of the many horses here!!! The bay paint is now DEAD! he was there for over 4 months with no feed or hay!!!

Help have this man prosecuted!! His name is Greg Turner!! And THESE horses are located on the corner property on Wells road in Nortonville Kentucky!!! Get something done!!!

This man has other properties in White plains and more!!! Someone help me get this man charged so these horses are safe and in better hands!!!!!”

Schoener responded via messenger, “It was a post from Heart of Phoenix Equine Rescue that I had shared back in 2020. I edited it and shared it because I wanted to help them.” She said her only knowledge came from the rescue group. She, herself, had never been to Nortonville, Kentucky.

A post made on January 9, 2020 by the group referenced stated, “Recently you may have seen the post going around about horses being starved at a chain of public riding stables either run or owned by the same man in KY. These stables are Carter Caves, Barren River Lake, Lake Cumberland, Lake Barkley and Kentucky Dam. This man is said to be notorious for buying horses in good shape, working them to death, and then buying more…

The link they provided was Shoener’s post now known to be false and having no personal knowledge. They even posted a false update, “(Update* we hear the Carter Caves and Barren River horses were seized but that he is putting more out at Barren River.)”

A call to the phone number registered to Phoenix Equine Rescue had the West Virginia area code forwarded to a lady named Suzanna Johnson. Johnson lives in Hart County, Kentucky. She initially defended the site saying, “We know it was true because we had to take one of his seized horses in Carter County and that the pictures had to do with a Hopkins County location.”

Johnson was informed of the errors in her post. The Turners have never had any horses seized or fines associated with horses prior to Barren. The Tuners only operate in four locations in Kentucky and Colleen Schoener, the writer of the post referenced, now says she got the details from Phoenix Equine Rescue and has no personal knowledge.

She said. “Well maybe they just gave us the horse in Carter County.”

After speaking personally with her, Johnson sent a text from the West Virginia number. The text read, “I’m going to take the Heart of Phoenix story down since it may or may not be possible someone was not telling the truth…..”

Neither Johnson nor Schoener were aware that KDOA actually has an employee to do unannounced inspections for each riding stable each year – a fact never disclosed in the 17-month Barren County vs. Turner case.

The BCP found and spoke with Diane Bonford who had worked with the Turners for ten years prior to her retirement in December 2019. Her title was Director of Interpretation and Programming Services. In this position, Bonford would inspect each of the five state parks that offered riding stables. The Turners operated four of them.

“I would usually do an inspection at the beginning of the season and again at the end of the season and never found any issues during the ten years I worked with him,” Bonford said. “The only time I spoke with Greg over concerns had to do with him occasionally buying a horse from the stockyard. I respected him for doing this because this could be this horse’s last chance. I asked not to bring the horse to the park until he got it healthier looking because of working with the public. He seemed to enjoyed showing people what proper care could do for them.”

“Other than that, I had to remind him to make his monthly commission payments a couple times,” Bonford added. “Overall, I enjoyed working with them and was proud of what the parks and the Turners accomplished together.”

Editor’s Note:  We have reason to believe the Glasgow Police Department has chosen not to investigate the statements made by Furlong in the presence of our writers and Glasgow Police Officer, Major Terry Flatt but instead defend her against a possible lawsuit. Look for more on this in upcoming issues of the Barren County Progress. 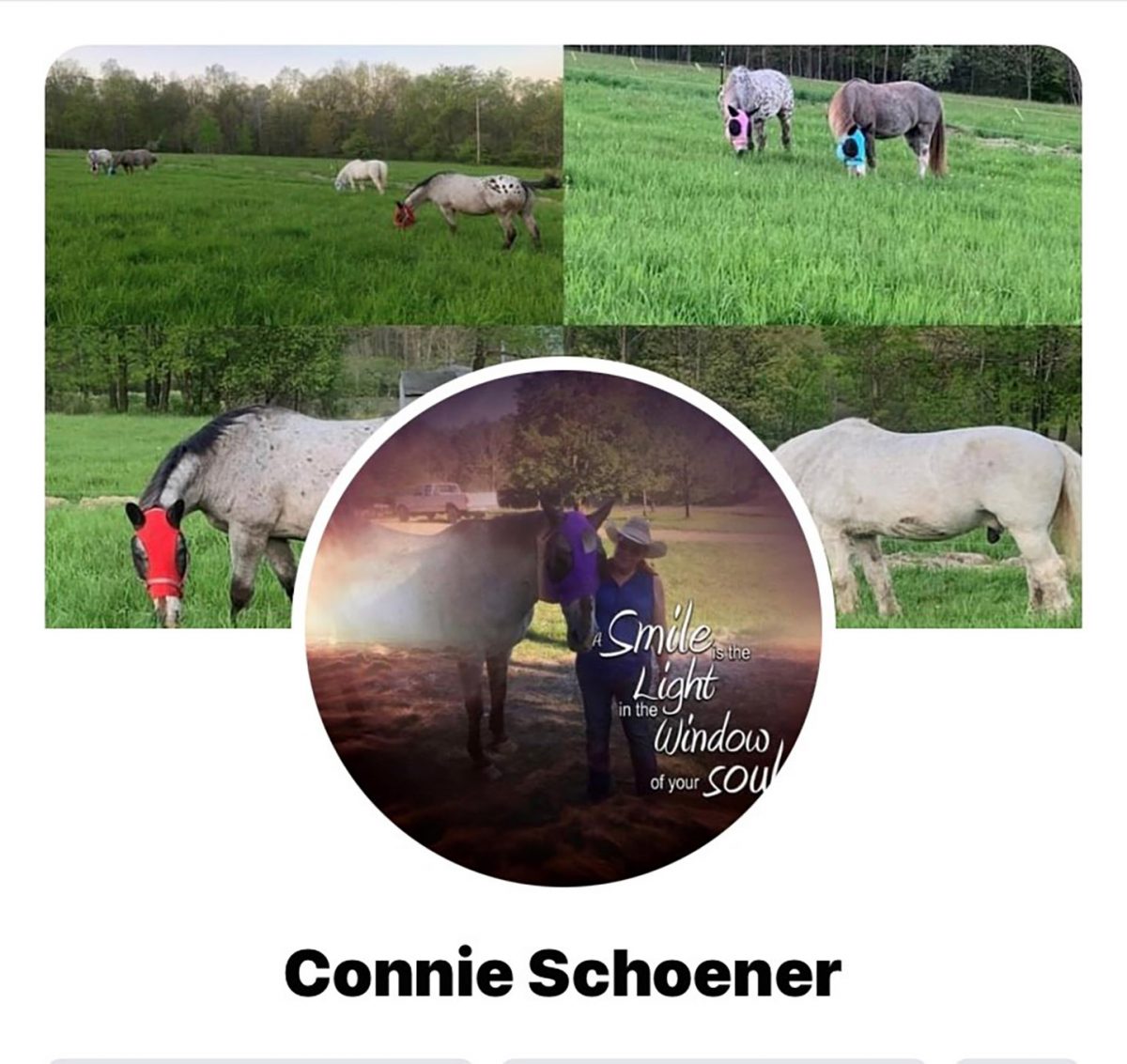 The two self proclaimed horse lovers who posted fake photos and false information in January of 2020. The false online attacks made their way to Barren County and were circulated by officials, individuals close to the case and law enforcement as true. The irony according to Diane Bonford. Director of Interpretation and Programming for Kentucky State Parks is the man they attacked takes pride in giving a stockyard horse a chance. 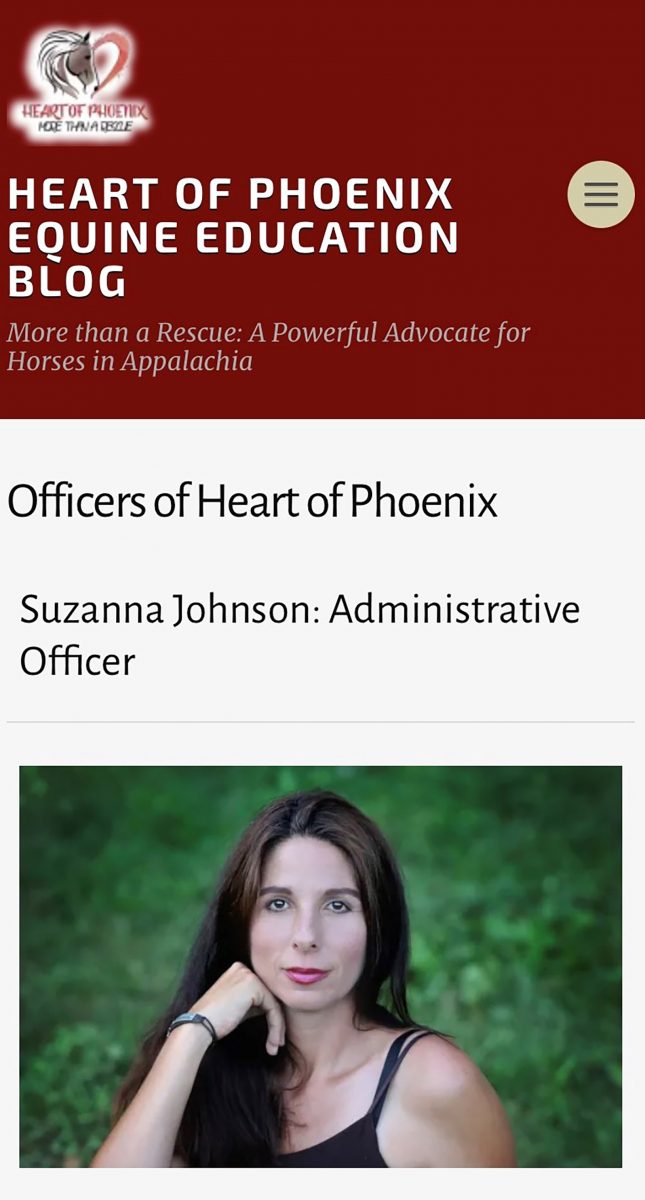