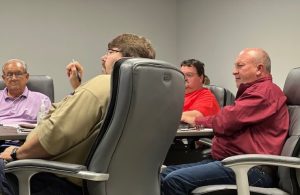 Metcalfe County EM Director, Emory Kidd and Curt Estes, City of Edmonton Representative discuss KSP dispatching as an option, and Kidd stated the “paperwork was in his desk.” Photo by Jennifer Moonsong

Once again, the main topic of discussion at the 911 board meeting was whether or not Barren and Metcalfe would continue as one entity or part ways. After much discussion of the pros and cons, no specific resolution was reached.

Beverly Harbison, Director of the Barren County 911 facility, presented charts, graphs, and statistics detailing the facts of the matter and the pros and cons for both counties.

According to the data, in fiscal year 20-21, there was a total of 23,630 911 calls between the counties. 1,596 of those calls were transferred to Metcalfe County. In addition, Barren County received 87,329 admin calls. The admin calls taken by Metcalfe were not reported.

“We have no way of counting her admin calls,” said Harbison.

One option on the table is combining the centers. I’m placing all employees in Barren County. City of Edmonton representative Kurt Estes asked if all full-time Metcalfe dispatchers would still have jobs if this happened.

Beverly Harbison replied, “I personally wouldn’t want anything to do with it if that was not the case.”

Also, once again the discrepancies between the three-year report and the five-year report were mentioned by Metcalfe county citizen representative, Gary Fancher. “The numbers jumped significantly,” said Fancher. 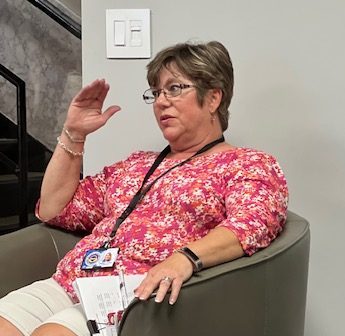 Brenda Leftwich details the reasons for discrepancies between her 3-year and 5-year reports. Photo by Jennifer Moonsong

Brenda Leftwich, the bookkeeper who did both reports was on hand to answer questions.

“The three-year report looked at Metcalfe County expenses only. The five-year report had shared expenses from both counties and split them in half, including things like insurance… or thousands of dollars of phone lines that bring in all the calls. If you want something more detail, do you need to have a true cost analysis done, I’ve gone as far as I can go with this,” said Leftwich.

“Do you have a list?” Ask Gary Fancher, in response to the shared expenses. Leftwich replied that the five-year report was on the list, and that shared expenses are noted with an asterisk.

Kurt Estes said, “I want to see an outside report done.”

“When do you think the city of Edmonton will have any interest or input?” Asked Hale in reply. “ I’m not mad, I don’t have anything against anybody. It might be time to go our separate ways.”

The discussion continued without any resolution and finally, it was suggested that the issue be tabled once again.

On the roll call vote, it was decided against.

“We cannot keep tabling this issue,” Harbison said. “We have to come to some sort of resolution.”

It was decided that the Metcalfe County board would meet, explore options, and hopefully present something by the end of July as far as the resolution goes.

Wendell Honeycutt suggested that in the interim until the resolution was decided for the problems at hand, Metcalfe pay its portion according to the five-year report.

Emory Kidd chimed in to say that the county was looking at having KSP do the dispatch and that the “paperwork was on his desk”.

In other 911 news, Park City Mayor Larry Poteet pushed the issue of resolving ever-growing budget problems by making a motion that the board make a request for Barren County Fiscal Court to put a tax fee on 911. The board agreed to do so.

The next regularly scheduled meeting of the board will be in July. 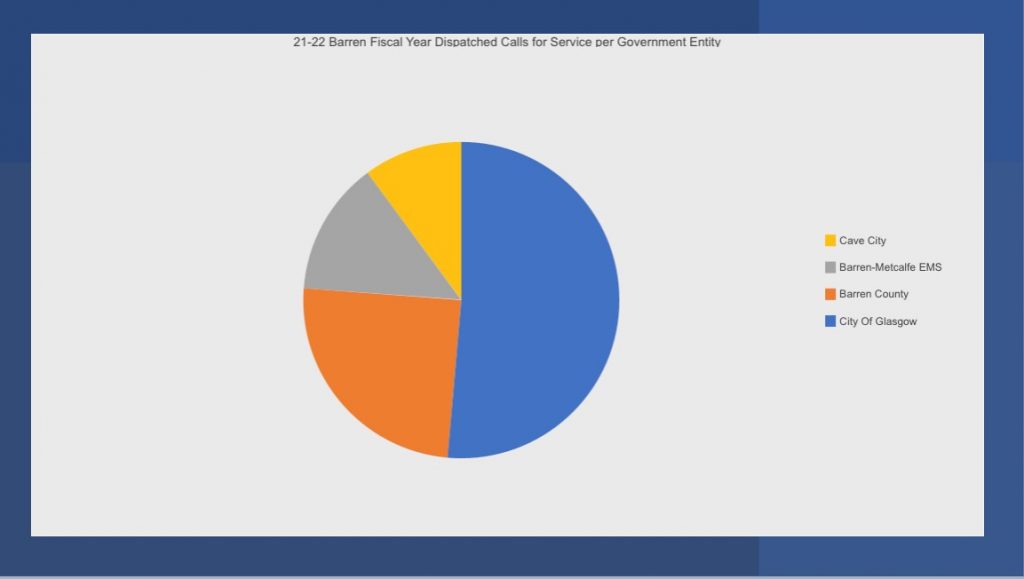 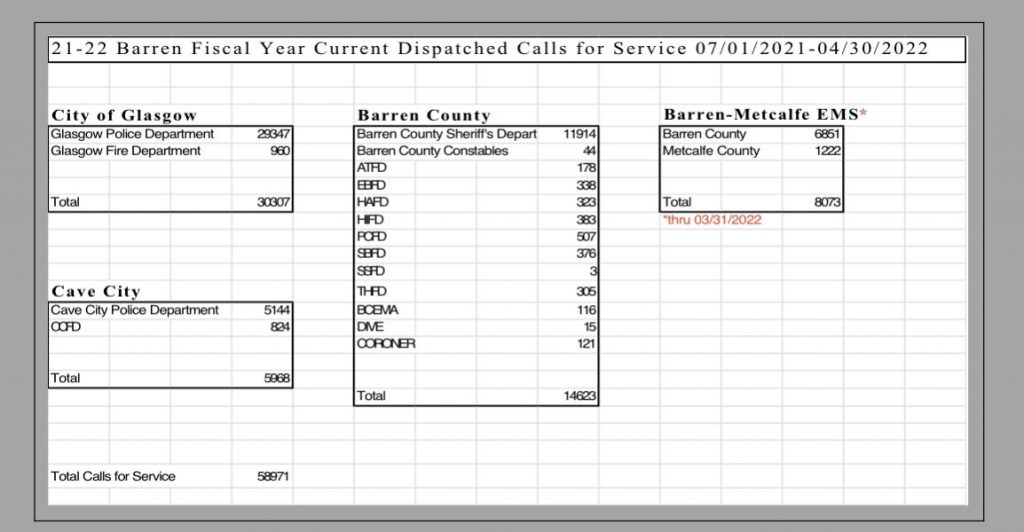 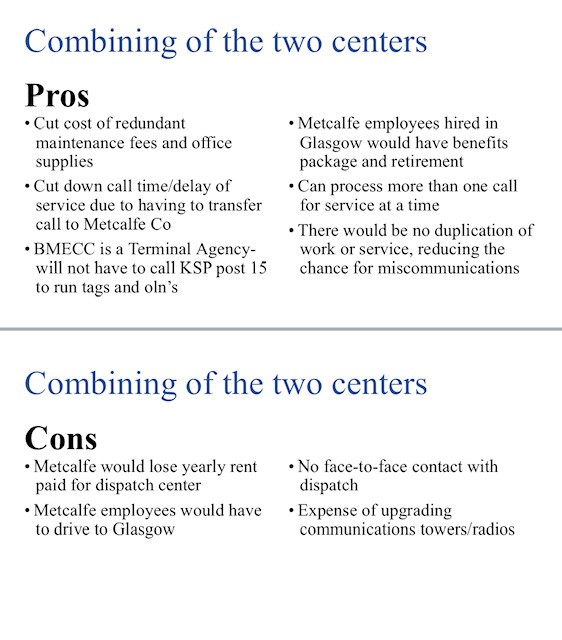