When the current Metcalfe County Fair Board took over the reins they didn’t have much in the way of funds to work with. As board President Johnny London put it, “We were pretty much broke.”

The board is trying to scrape by. Even with the fair being one week a year, the electric and water bills are due every month and the grounds still need mowing.

Although the fairgrounds’ property belongs to the county, they are leased to the fair board at no cost. Up until 2021, the county mowed the property, but currently, the city is helping out by doing the mowing.

London explained that they were able to get a grant to improve the lighting and add more fans to the barn area. The grant is from the Dept. of Agriculture and is for $30,000. That sounds like a large sum of money, but the new LED lights and replacement poles are costing an estimated $20,000. Those are being installed by Farmers RECC, but it is unsure if those will be installed prior to this year’s fair.

“We’ve tried to add new things to the fair,” noted London, “especially for the kids. If it wasn’t for the kids, I wouldn’t be involved.”

The biggest complaint heard is the absence of a carnival. Everyone wants to know why and the answer is simply that the money isn’t there to afford a carnival. “If we had a sponsor, we could get a carnival,” stated London.

Those concerns are also mirrored by board member Lisa Upchurch. “Carnivals cost upfront money and then a percentage of the gate. It differs, some ask for a dollar amount and some take half the gate.” She explained that most want a guaranteed minimum amount, and if it gets rained out a night or two, the same amount is charged.”

To get that much money the gate fees would have to be doubled and the board doesn’t want to do that. “We try to keep the gate fee as low as we can for everybody,” said London recognizing that times are tough for everyone.

Upchurch takes care of the concession and that requires a lot of help. “We need at least 3 on the grill, 2 at the window, and 4 fixing the items,” adding that, “the night of the rodeo and truck pull requires more people.”

The cost of the concession supplies has increased with inflation this year. Plus, another cost to consider is the sled fee for the truck and tractor pull. The company that supplies the sled charges a fee for its use.

When asked if there was anything they wanted the citizens to know, London simply asked that instead of complaining about everything, people should attend a board meeting and help out. Upchurch also emphasized the need for volunteers.

The fair board members are strictly volunteers and receive no pay for the work they do. Volunteers are getting harder to find, so if you would like to help contact a member or call Johnny London at 270-670-8103. 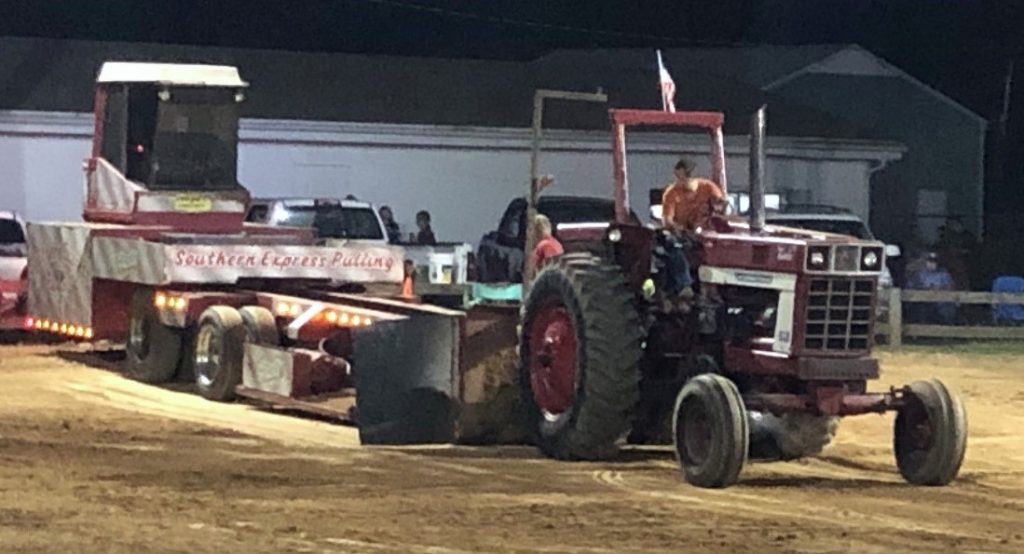 2021 Truck and Tractor Pull – Most people don’t realize there is a charge to lease the sled. Photo by PJ Martin