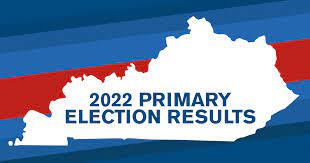 Historically, primary elections have a lower voter turnout than the polls in November. However, the 2022 primary election saw especially low numbers in many Kentucky counties.

Barren County has 14,086 Republican, and 15,848 Democrat voters registered. Including voters from other parties, the total number of registered voters in Barren County is 32,414.

“We had 18% turnout in the primary,” said County Clerk, Helena Birdwell.

“This is a breakdown to show how many votes were placed at each polling place. I feel the turnout was lower than usual with it being close to 17%. The total votes cast were 2,437. As of April 27, 2022, we have 14,209 registered voters,” said Hart County Clerk Felicia Shelton.

The exception in the region was Metcalfe County that had a surprising 40% of registered voters voting in the primary.

The number of registered voters reported is 7,479.

Although many races were determined in the primary, many will not be won or lost until November. The general election for 2022 will be Tuesday, November 8th.