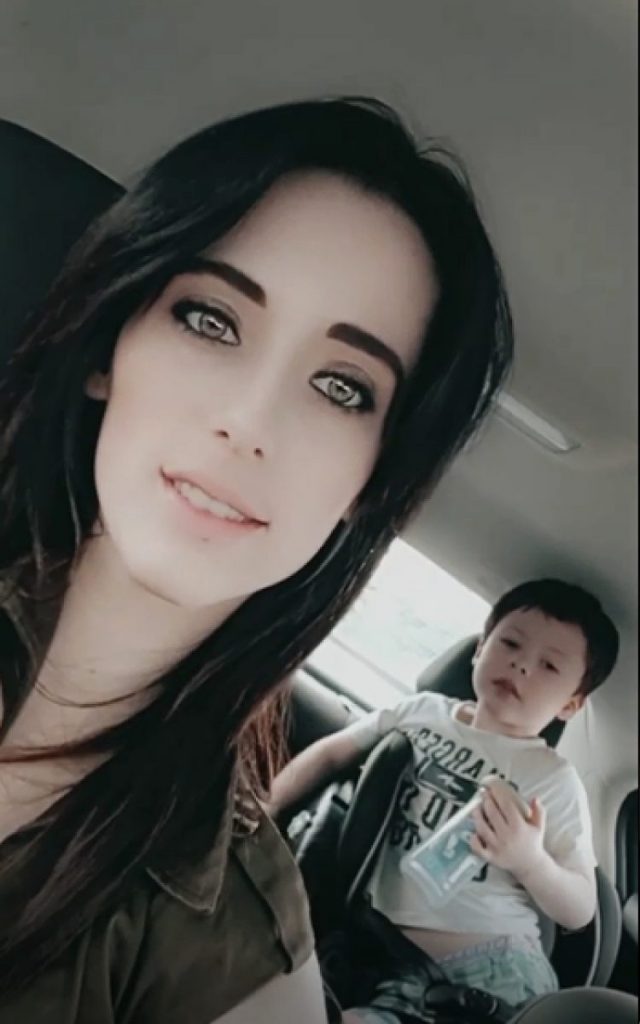 Sarah Harrison has not had custody of her nonverbal autistic son, Jameson, since April 7. Harrison is pictured here with Jameson as she signs “I love you” to him. Photo taken from a submitted video.

Why were dismissed charges reinstated against the mother of an autistic child?

On May 11, the Edmonson News reported a story about Sarah Harrison.

Harrison was arrested in Brownsville by Edmonson County Sheriff Deputy Jordan Jones. According to documents, Harrison was originally charged with operating a motor vehicle while under the influence of drugs and/or alcohol (DUI), wanton endangerment (1st degree), resisting arrest, and careless driving.

Harrison’s son, Jameson, was with her at the time of her arrest. He is autistic and nonverbal. Because of his mother’s arrest, Jameson was taken into custody and placed in foster care.

Harrison stated to the Edmonson News that on the night of her arrest, she had passed a breathalyzer test. She later also passed a hair follicle test which proved that Harrison was negative for all illicit drugs and had not engaged in illicit drug use over the past 90 days.

As stated by Attorney Gary Logsdon in the May 11 edition of the Edmonson News, two of the four charges against Harrison – the DUI and the wanton endangerment charges – were dismissed in District Court.

On May 11, a motion to dismiss hearing was scheduled to be held but instead was rescheduled.

On Friday, May 20, Harrison was indicted in Edmonson Circuit Court for resisting arrest, careless driving, and intimidating a participant in the legal process. Harrison was additionally indicted on the two charges of DUI (first offense) and wanton endangerment (first degree), even though these charges were previously dismissed in District Court due to lack of evidence.

On Count One, the indictment states that Harrison “…committed the offense of Operating a Motor Vehicle Under the Influence when she was operating a motor vehicle while under the influence of drugs.”

As previously stated, Harrison underwent a hair follicle test. Those test results were provided to the Edmonson News, and the results determined that Harrison had not had any illicit drugs in her system within 90 days of her arrest on April 7. Therefore, the DUI was dismissed in District Court due to lack of evidence.

On count two, the indictment states that Harrison “…committed the offense of Wanton Endangerment in the First Degree when she wantonly engaged in conduct which created a substantial danger or death or serious physical injury to J.F., a minor…” (In this case, J.F. being her son, Jameson.)

Again, as previously stated by Attorney Logsdon in the May 11 edition of the Edmonson News, the wanton endangerment charge was dismissed in District Court.

So the question remains: if these two charges – DUI and wanton endangerment – were dismissed in District Court due to lack of evidence, then how or why did these two charges become reinstated against Harrison at the local level of Edmonson Circuit Court?

“That is a question for the prosecutor,” said Attorney Stacy Ivey, who is currently representing Harrison. “I cannot speculate as to why they were reinstated.”

The prosecutor in this case is Blake R. Chambers, Commonwealth Attorney for the 38th Judicial Circuit. Chambers presented the charges against Harrison to the Grand Jury.

The indictment from May 20 further states that an additional charge, Count Five, was made against Harrison. Per the indictment, Harrison “…committed the offense of Intimidating a Participant in the Legal Process, when she threatened Deputy Jordan Jones, attempting to influence his decisions, testimony, or opinions.”

According to information presented to the Edmonson News by Harrison, the original arrest document did not include the charge of intimidating a participant in the legal process. However, this charge was included in the indictment against Harrison at the local level.

It should be noted that appearing before the Grand Jury as a witness for the Commonwealth in the case against Harrison was Deputy Jordan Jones with the Edmonson County Sheriff’s Office.

Harrison’s bond on the indictment was listed as $5,000 full cash.

The Edmonson News reached out to Commonwealth Attorney Chambers for clarification of the DUI and wanton endangerment charges being reinstated against Harrison in Circuit Court. However, as of press time, Chambers had not responded.

In additional information received by the Edmonson News, “…the Family Court Judge delayed the case and the return of Harrison’s autistic, nonverbal child until Harrison completes a psychiatric exam and a parenting capacity assessment.”

As of May 11, Jameson had been placed in three different foster homes since April 7. The five-year-old is autistic and nonverbal, relying on his mother, Harrison, for care and for communication through sign language.

According to the Kentucky Court of Justice website, Harrison has an arraignment scheduled for June 20 at 10 a.m.

The Edmonson News will provide an update regarding this case as additional information is received.

Reporter’s Note: These cases are tough and difficult to write about as we only have one side of the story. Consequently, we can’t know the other side of the story because of confidentiality reasons.