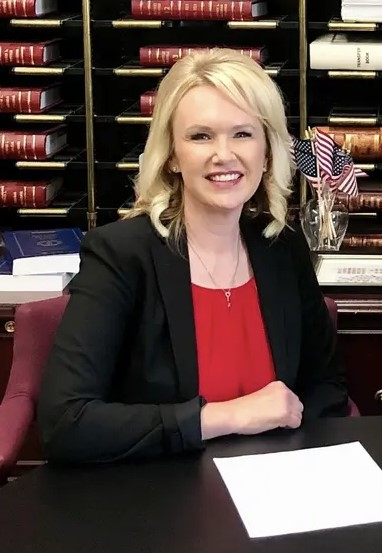 Metcalfe native Amy Neighbors made history in May by being the first woman from Metcalfe County to be elected to the House of Representatives. She won the crowded primary in House District 21 and is unopposed in the November election.

She has the prestige of also being the first woman to represent the region.

“I think it feels pretty special. The last State Representative that hailed from Metcalfe County was Wallace Bartley. I believe he was from Summer Shade. His last term ended in 1971. So when I take office it will be 52 years. I would love to know who some of Mr. Bartley’s descendants are,” Neighbors said.

Neighbors retired from a lengthy career as the administrator of Metcalfe Health Care Center earlier this year.

“The opportunity to do good for the community is what inspired me to run for this office. Since I was 24 years old my life/career has been about helping others. I saw this office as a way to continue to do that.

I simply just want to keep the best interests of the 21st District at the forefront of every decision that I make. I want to see our district prosper, our businesses thrive and our children continue to receive a quality education,” she said when asked about her hopes and plans for the future of Kentucky.

Specifically, Neighbors has a few interests in mind already for betterment.

“Obviously health care, long-term care specifically, will be a focus for me. Therefore, I have great interest in serving on the Health and Family Services committee. I would also like to focus on things such as expanding broadband internet to underserved areas, technical training, and workforce development and I would like to be a part of getting HWY 163 from Summer Shade to the Cumberland Parkway updated as well,” said Neighbors.

When speaking of her experience on the campaign trail, she says it’s been greatly positive:

“My favorite encounters have been when I’ve knocked on a door and the person would say, ‘oh, my grandmother was at Metcalfe Health Care’. Those conversations were always positive and I knew that MHCC had most definitely made a positive impact on so many people in this area. All in all, this has been a wonderful and eye-opening experience. I am very happy to be given the opportunity to represent this District. But, had I not been elected I would still say the same. I’ve learned and experienced things I never would have otherwise. I almost think everyone should run for office at least once.”