Carl Helem to be inducted into the KHSB Hall of Fame

The Kentucky High School Basketball Hall of Fame has announced its 2022 class of inductees, and Hart County’s Carl Helem will posthumously be one of the 16 individuals inducted.

He was named state tournament MVP in 1945. The “Terrific Twosome” of Carl Helem and Clarence Wilson powered Horse Cave into legendary status.

Helem continued his career at Tennessee State University (then called Tennessee A&I), where he earned All-Midwest honors two separate times during his three-year college career. His post-college days were spent entertaining America as part of the world-famous Harlem Globetrotters.

Helem participated in the World Series of Basketball, an annual competitive series of games against the nation’s top college seniors, and was part of the Globetrotters’ first-ever international overseas tours in 1950.

In 1999, Helem became the fourteenth person to be presented with a Globetrotter Legends ring. Helem has also featured in two movies: “The Harlem Globetrotters” and “Go Man Go”.

“To refer to Carl Helem as a legend is an understatement,” said Jeff Munn, General Manager of the Harlem Globetrotters. “He was a basketball pioneer that not only, aptly and honorably, played for and represented the Harlem Globetrotters, but he helped build our storied brand while amplifying and raising the bar high for the game of basketball itself. We are so proud and thankful to have had Carl set the stage for generations of players to come after him and to have made so many meaningful contributions on and off the court.”

Following his Globetrotter career, Helem joined the Ashland Oil & Refining Company, now known as Ashland Inc., and worked for the company for over 35 years until his retirement in 1990. Helem passed away on Feb. 17, 2001.

The 2022 Kentucky High School Hall of Fame Induction Celebration will be held on Saturday, August 13  at 7 p.m. at the State Theatre in Elizabethtown, Kentucky. 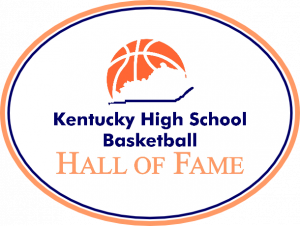