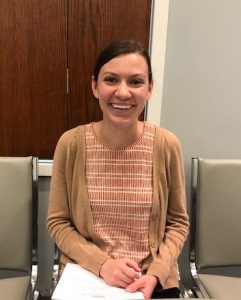 The Edmonton City Council met on Monday, May 9th as a specially held meeting with two absent. City Attorney Brian Pack was absent due to his wife’s Covid diagnosis and ABC Administrator Fred Ray was unable to attend.

As most are aware, the fully furnished Wallace Rescue House is maintained by the City of Edmonton and is available to any Metcalfe family or single adult (for 14 days) who has suffered the loss of their home due to a natural disaster such as a fire, flood, or tornado.

Due to past situations, it became necessary for the Council to create a Wallace Rescue House Policy. The policy consists of a list of rules such as no pets, no smoking within the house, etc., a list of reasons for involuntary removal from the house, a general liability release/waiver, authorization to obtain information, and an intake form. The council members approved the policy unanimously.

Also, approved was Resolution #2021-22-06 Department of Local Government, Recreational Trail Program. BRADD Administrative/Planning and Development Specialist Mary Adams was on hand to answer any questions the council might have.

The resolution concerns the development of recreational trails at the Edmonton Memorial Park and the city’s intention to apply for assistance from the Department of Local Government under the Recreational Trail Program. The Program funding maximum is 80% of the proposed project cost estimated at $110,893. The city would be responsible to hold in reserve the 20% estimated at $22,178 matching funds.

The council members approved Resolution #2021-22-05 concerning the National Park Service feasibility of Kentucky Wildlands. Eastern Kentucky PRIDE, Inc. has begun a regional tourism marketing initiative. This is to focus on the region’s beauty and rich heritage and promote it as a tourist destination. The resolution confirms the support of the City of Edmonton and participation in the public partnership.

The Edmonton Fire Chief Jerry Clemmons presented the April runs as 8 medical, 4 lift assists, and 1 stove fire for a total of 13 runs.