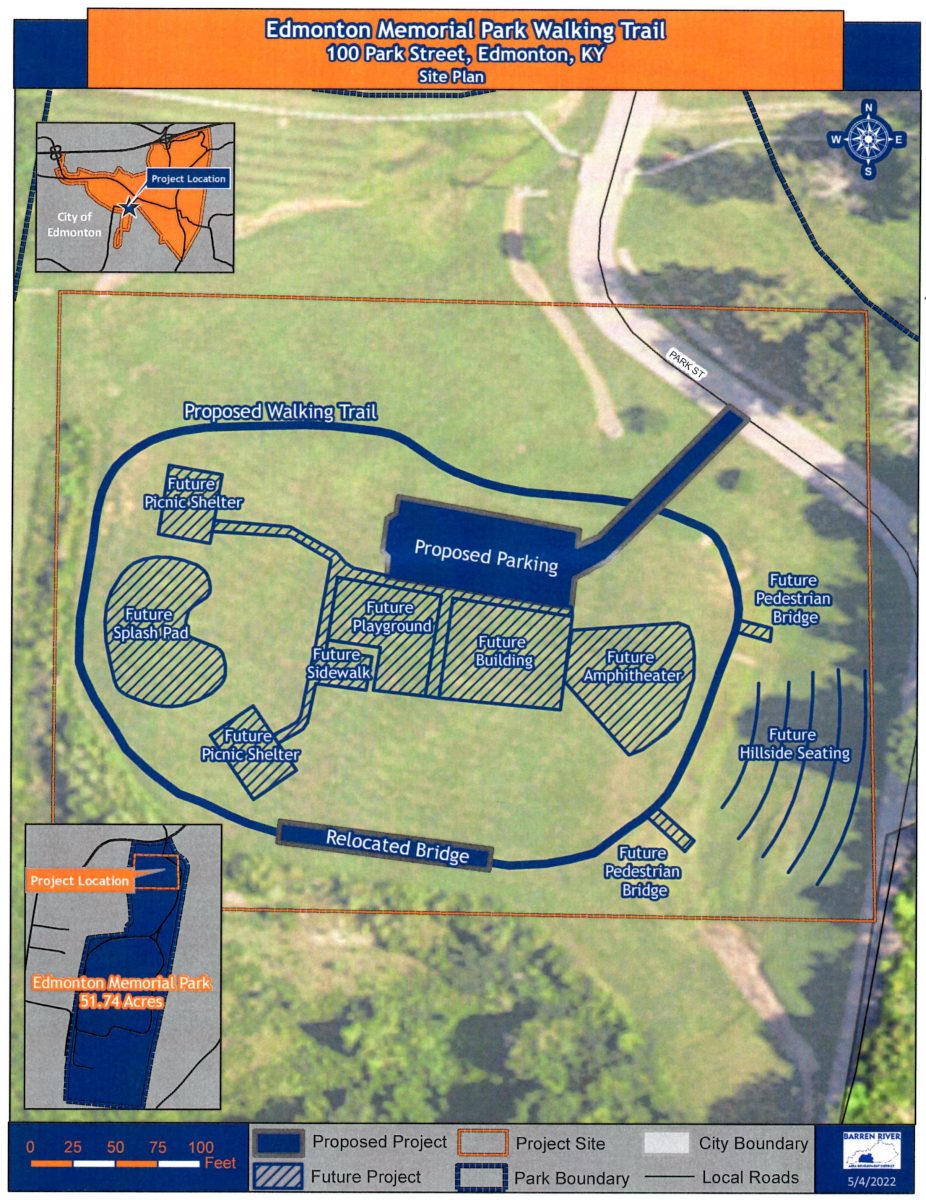 The site plan view from the top of the hill. The project is planned for the right side when entering the park. Photo by BRADD

On May 11th a public meeting was held at the Edmonton City Hall to discuss the Edmonton Memorial Park improvements.

Much to the disappointment of those involved in the planning, not one citizen of Metcalfe County showed up to voice an opinion for or against the project. Those in attendance were Mary Adams of BRADD, City Clerk Dawn Devore, and a representative of the Edmonton Herald-News.

The first part of the park project includes the walking trails and parking lot pending the grant. The relocated bridge from Mosby Ridge Road will be a separate part of the project and grant funds are being searched for at this time. The city has two years to reconstruct the bridge and time extensions are possible.

Adams explained the timeline of the Recreational Trails Program grant. The funding is through the Federal Highway Administration and once approved is transferred to the Dept. of Local Government (DLG). The application is due May 31, 2022, and is reviewed by the state committee in September. If approved, the state must wait for the funds from the Federal Highway Administration to be received, which would put the bids sometime after June of 2023.

As noted in the City Council meeting story, also in this issue, the trails grant is an 80/20 match meaning the city would have to fund the 20 percent match estimated at $22,178.60.

Another Public Hearing will likely be held in early June concerning the Community Development Block Grant (CDBG) which may fund the building and or splash pad part of the project. 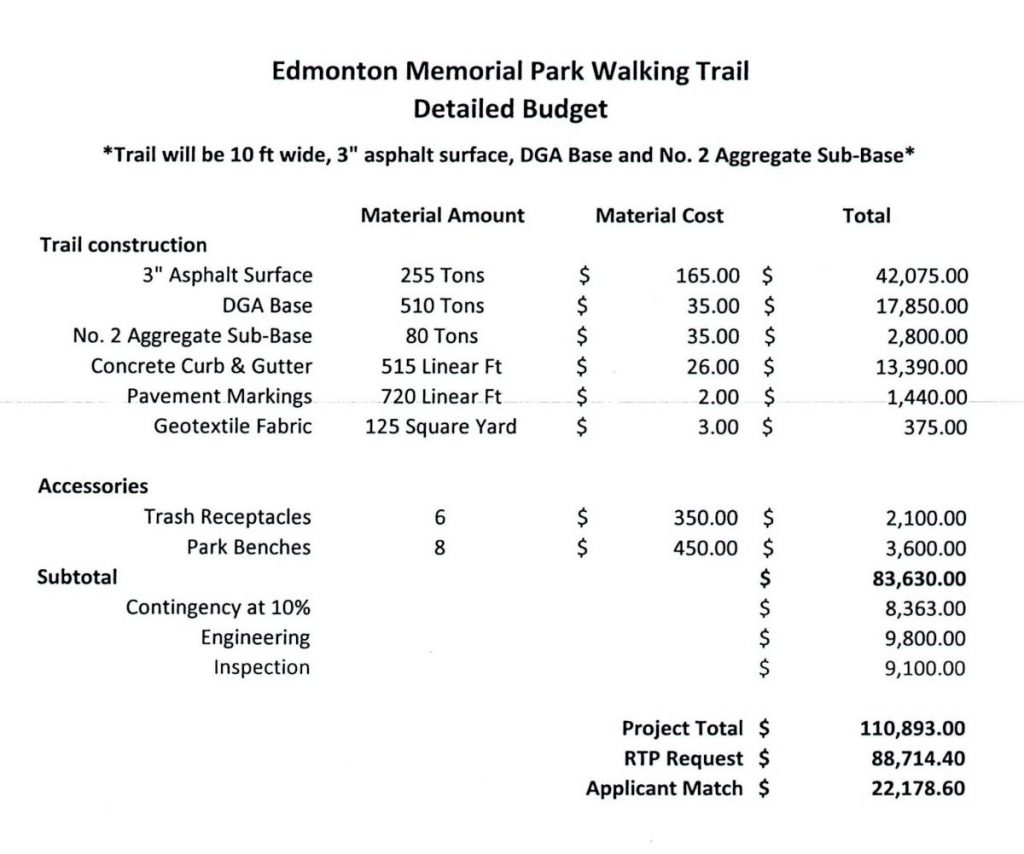