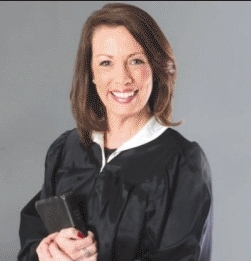 Last week, Judge Mica Wood Pence once again found Kentucky’s Cabinet for Health and Family Services in contempt of court regarding the agency choosing to ignore a court order to return a pre-teen child to her mother whom lives in another state.

The mother of the juvenile had allowed her daughter to leave North Dakota and travel to Kentucky with an acquaintance. Two individuals of Glasgow, Danielle Cordes, and Micah Aaron Manthe, were charged with human trafficking in connection to this particular case, among other offenses.

After an investigation, the juvenile’s mother was not found to be of any fault in the case. She also met all requirements to regain custody of her child.

Yet, it took over a year for the child to be returned to her mother in North Dakota.

On January 5, Judge Pence had ordered that the young girl be returned to her mother in North Dakota under the agreement that there would be a trial home visit which would be monitored by North Dakota’s social services officials.

However, it was discovered that the juvenile was not returned to her mother in North Dakota.

After additional hearings were held regarding the case, a formal complaint was launched by Judge Pence to the Kentucky Bar Association. The complaint was made against Jennifer Clay, the cabinet’s lawyer, for alleged malpractice and other unethical behavior.

Additionally, it was discovered that Clay’s witnesses in the case, Deputy Administrator Jessica Humphrey and Clinical Associate Angela Lane, both of the social service region in Bowling Green which includes Barren County, made many statements that were either false or highly misrepresented. Humphrey and Lane were found by Judge Pence to be in contempt for falsifying information under oath.