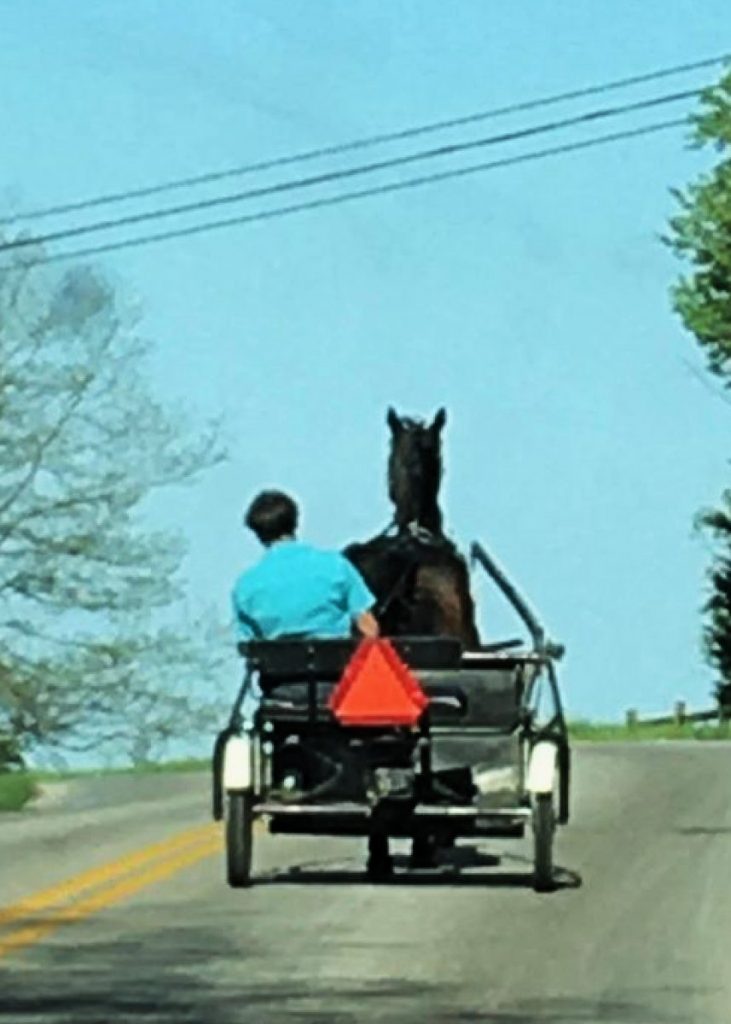 Horse-drawn buggies are common on many roads in Hart County, including Boyds Knob Road from Canmer to Munfordville. Photo by Mary Beth Sallee.

Last week, the Amish community in Hart County suffered a tremendous loss when a truck hit the back of a horse-drawn buggy in Hardyville, fatally wounding a passenger in the buggy.

According to reports, the accident is believed to have occurred when the driver of the truck was blinded by the evening light of the sun.

The news of this tragic event devastated everyone across the county.

Unfortunately, this incident has not been the only one of its likeness to occur in the county.

In 2011, an Amish teenager from Cub Run was killed when the horse-drawn two-wheel cart that he was driving was struck from behind by an SUV. The teen was thrown from the buggy and passed away while being airlifted to a hospital.

Similar incidents have occurred in other counties throughout the state as well.

In 2016 in Barren County, a Glasgow man was arrested after driving while intoxicated and crashing into an Amish buggy. Both passengers of the buggy were ejected and hospitalized for injuries.

Just earlier this year on March 14 in Grayson County, a car driven by an elderly man struck the back of an Amish buggy. Both men in the buggy were ejected and injured, with the most seriously injured of the two men having suffered a head injury.

On April 21 in Logan County, a man failed to see a horse and buggy on the road, crashing into the rear of the buggy. Two adults and a one-year-old child were thrown out of the buggy, but all survived.

Incidents such as these serve as a reminder that roads are shared, not only between cars and trucks but with buggies as well.

Below are a few tips and reminders as you share the road with those of the Amish community. 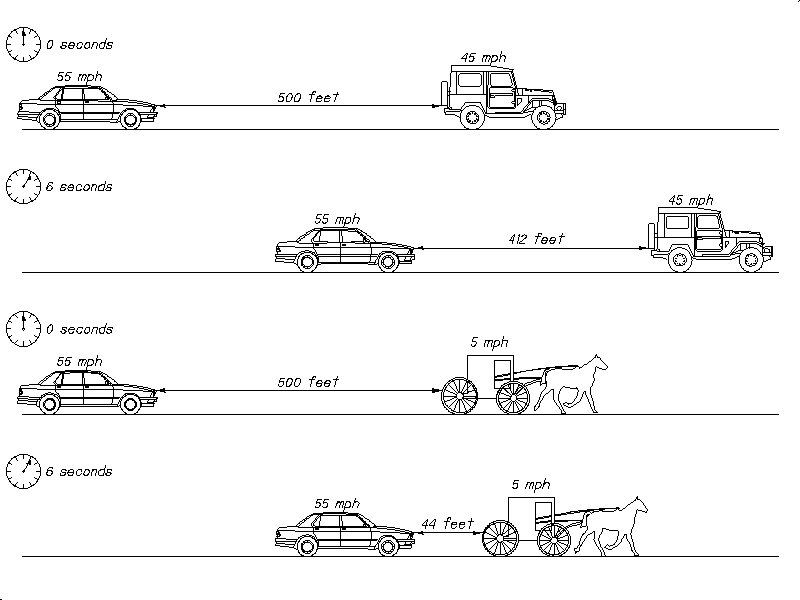 Closure time is defined as the amount of time that a driver has to recognize and respond when coming upon another vehicle, including a horse-drawn buggy. When a car is driving at 55-MPH and comes upon a buggy that is usually just moving at 5- to 8-MPH, the closure time is much quicker between the car and buggy than it would be between two cars moving at relatively the same speed. Drivers should be self-aware of traveling on a road that may have more buggy traffic and should be ready to slow down immediately if a horse-drawn buggy is ahead.

Passing a buggy should ONLY be done when it is safe and legal to do so in a passing zone. Never pass on a curve or hill where oncoming traffic may put everyone at risk. Be aware of surroundings and road conditions. Remember that loose rocks and gravel, snow, wet pavement, and fog may make passing hazardous. Also, remember that rural roads are often narrow, allowing less room to pass and maneuver. This can be especially dangerous when passing a horse-drawn buggy. Allow for plenty of room to pass. Passing too closely to a buggy or gunning your vehicle may spook the horse, causing the animal to act erratically or swerve into your lane. It is also very important to be mindful and watchful of other vehicles that are behind you. These vehicles may also attempt to pass. Also, be aware that the operator of the horse-drawn buggy may not be aware of you or may not be able to see you. Be cautious of the buggy operator making left-hand turns that could put the buggy directly in your path of travel.

Remember, as our communities continue to change, grow, and evolve, it is up to ALL of us to make sure we drive safely and are respectful to everyone around us. 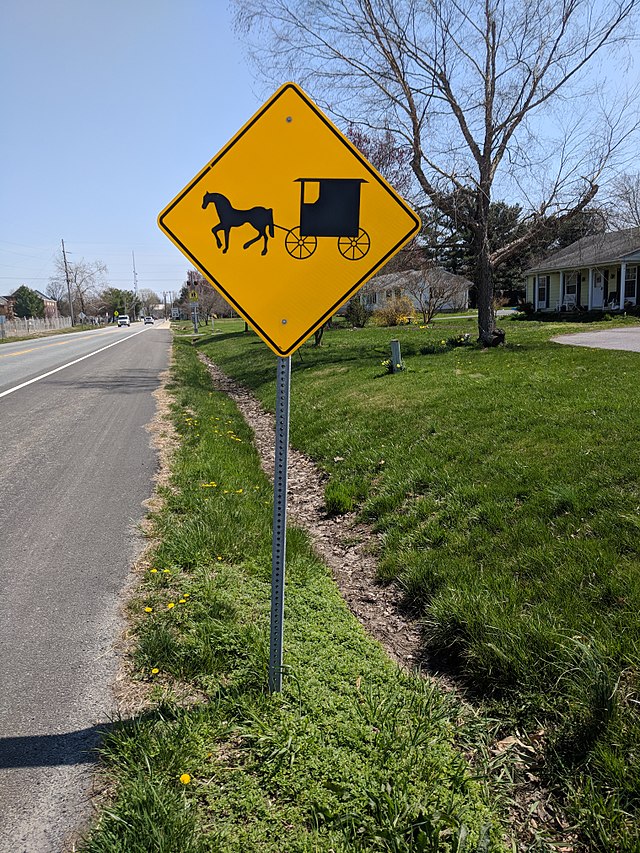 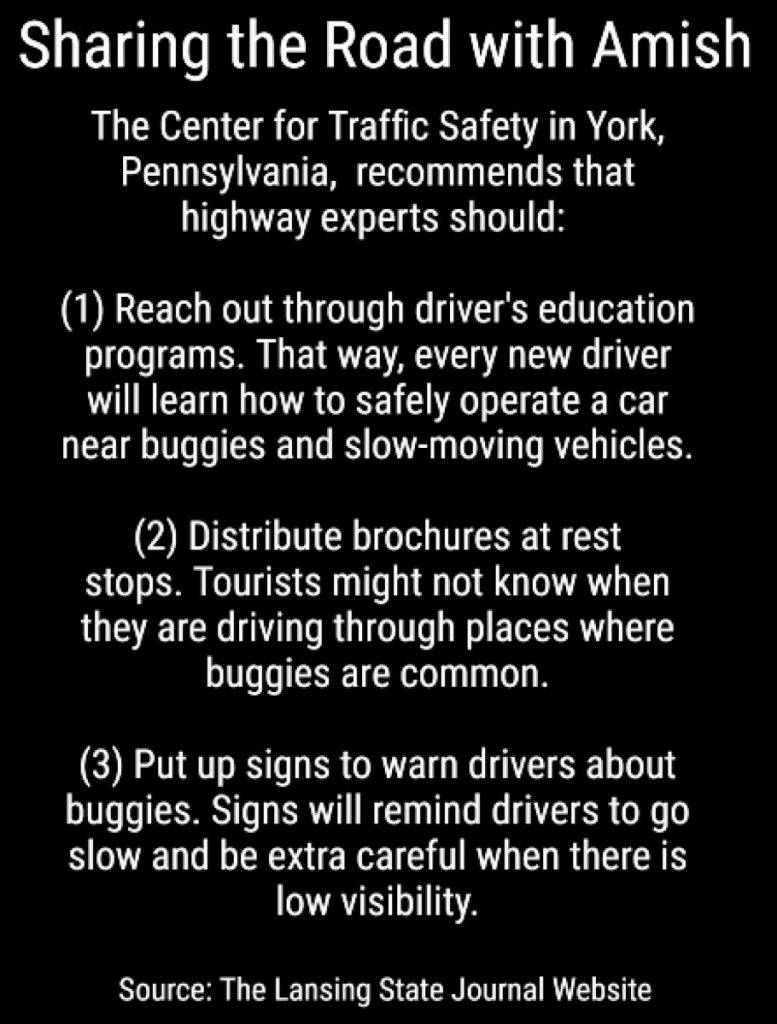