Products included in the recall include Alimentum, EleCare, and Similac. The recalled products can be identified by the following information on the bottom of the can: the first two digits of the code are 22 through 37; the code on the container contains K8, SH, or Z2; and the expiration date is 4-1-2022 (APR 2022) or later.

Stores across the nation have experienced shortages of varying kinds. But perhaps the shortage that has become most concerning, especially for parents, is that of infant formula.

Someone who has first-hand experience of this shortage is Haley Snell.

Snell explained that she and her husband were using Similac Pro Sensitive formula for their daughter Allie Kate. But then a recall happened.

In February, the company Abbott Nutrition released a statement that it would recall powdered formula which had been manufactured in its Sturgis, Michigan facility between November 1, 2020, and February 17, 2022. Complaints had been made in which infants who had consumed powdered formula manufactured in the Sturgis facility became ill with either Cronobacter Sakazakii or Salmonella Newport.

Abbott recalled three brands of powdered formulas: Similac, Similac Alimentum, and Elecare. Only specific lots of these products were recalled.

After routine testing was done, Abbott announced that Cronobacter germs were found in the facility on nonproduct contact areas. There was no evidence of Salmonella Newport.

Because of the recall of the Similac powder formula, Snell switched to a different brand.

“We switched to Makers Mark (Sam’s Club generic) because it was most comparable to what we had been using, and Allie Kate has a sensitive belly,” Snell said. “After our local Sam’s had been sold out for a few weeks, I started checking every Sam’s Club in the state trying to find some formula.”

“All that they (Sam’s Club) told me is that it should be on the next truck, but when I called the day the truck was supposed to come in, it got delayed another two weeks, and it is still not in stock,” Snell said.

That’s when she reached out to friends in other states.

“Several of them had the same results I had, but luckily my friend, Jamie Howry in Oklahoma, found two containers at her local Sam’s and offered to ship them to me,” Snell said. “It was a very scary thing to experience. That’s our daughter’s main source of nutrition, and all of a sudden, it’s a rare commodity.”

For anyone who is struggling to find formula, be sure to check what formulas your child can have. Talk to your child’s pediatrician to see if there are other options that fit your baby’s nutritional needs.

As for the formula recall, the investigation is ongoing.

According to the Center for Disease Control and Prevention (CDC) website, “Cronobacter germs can cause a dangerous blood infection (sepsis) or make the linings surrounding the brain and spinal cord swell (meningitis)…Cronobacter illness in infants will usually start with a fever and poor feeding, excessive crying, or very low energy. Some infants may also have seizures.”

Multiple infants who consumed the recalled formula had contracted Cronobacter infections. These infections resulted in hospitalization. Unfortunately, as reported by the CDC, Cronobacter is believed to have contributed to the death of two infants.

For additional information about the recall, visit the Abbott Nutrition website at www.abbott.com. 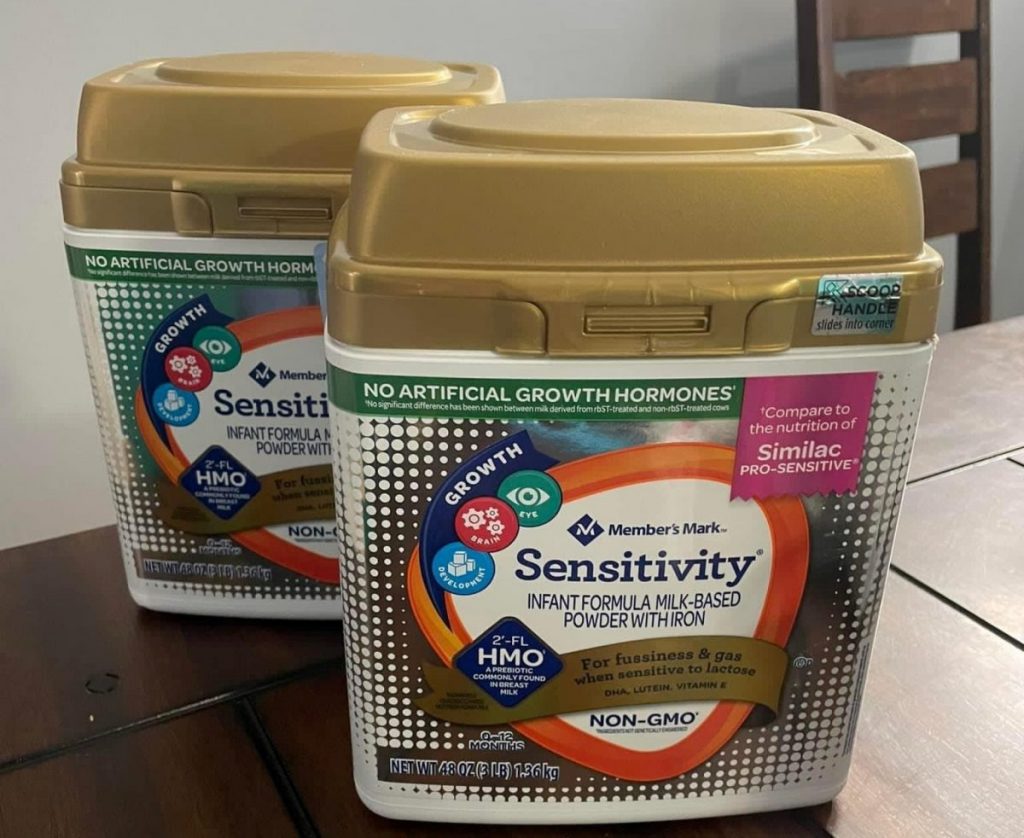 2. Because of the formula recall, Haley Snell had to stop feeding her daughter Similac brand formula. Snell switched to Makers Mark, a Sam’s Club generic brand, but soon experienced the formula shortage that is currently affecting the nation. Photo submitted.