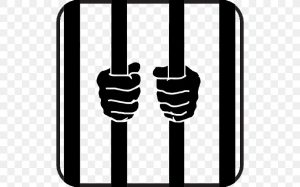 In the continuing series, we will discuss what a Jailer and his/her deputies are required to do per the Kentucky Revised Statutes.

Section 99 of the Kentucky Constitution provides for the election of a jailer in each county and Kentucky’s Constitution is unique in that fact.

The Department of Corrections has a training program for jailers and the newly elected jailer must complete a basic training course within one year of taking office, plus annual training per KRS 441.115.

The jailer and his/her deputy are in charge of transferring prisoners after arrest to Barren County Corrections or other county jail facilities in the area. If the arrested person(s) are in need of medical care the jailer or deputy must transport them to a hospital or medical facility and guard that person until they are able to be transported to the jail facility.

In some cases, the jailer or deputy must transport the person(s) under arrest to various rehabilitation facilities such as Rivendell or Western State Hospital.

The jailer or deputy may be ordered by a circuit judge or district judge to transport prisoner(s) from one jail facility to another or the penitentiary per KRS 441.520 and 441.540.

According to 2019 statistics from the National Institute of Corrections out of the 120 counties in Kentucky, only 84 have jails.