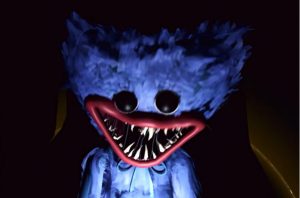 What comes to mind when you hear the words Huggy Wuggy? Perhaps a cuddly bear? Maybe a cute, new character from a cartoon?

Poppy Playtime allows players to become a former employee who revisits an abandoned toy factory 10 years after its staff has disappeared. In first-person perspective, players make their way through the factory by solving puzzles. Along the way, players also encounter various enemies, including the infamous Huggy Wuggy.

The website for Common Sense Media, an organization that provides age-based ratings for media and its suitability for children, gave Poppy Playtime a suggested age rating of 12+. The average parent rating on the website listed the video game as being for ages 13+.

According to Common Sense Media, “While there’s no graphic violence or gore (in Poppy Playtime), there’s also no shortage of blood splatter, often eerily close to the remains of various toys. There are also frightening scenes when the player is getting chased down and potentially killed by Huggy Wuggy.”

Although the video game itself has been well-received throughout the gaming community, much of the controversy with Poppy Playtime, or more specifically its main character Huggy Wuggy, has involved fan-made videos that can be found on various media platforms such as YouTube and Tik Tok.

Although these videos at first seem “kid-friendly”, they actually include Huggy Wuggy participating in adult-themed content. Some videos also include Kissy Missy, another character from Poppy Playtime.

The videos include but are not limited to stabbings, decapitations, murder, offensive language, and cartoon representations of alcohol use.

Other videos feature photos and animations of Huggy Wuggy along with music. Although many of the videos at first feature upbeat music with seemingly kid-friendly lyrics, the songs soon turn sinister. In one particular video, the lyrics included: “You’re not alone. Give me a hug and your flesh and blood. Tell me, do you feel so loved? Secrets to hide…Take a deep breath. I’ll squeeze you to death.”

“It’s very disturbing to know this kind of content is out there and so easily accessible to children,” said Nina Knight, a Licensed Marriage and Family Therapist (LMFT) with Lifeskills, Inc. “I think it’s important for parents to have conversations with their child about what they are watching and, if they do come across these types of videos, to process their thoughts and feelings with them. Remind them they are safe and that the content in the video is not real.” 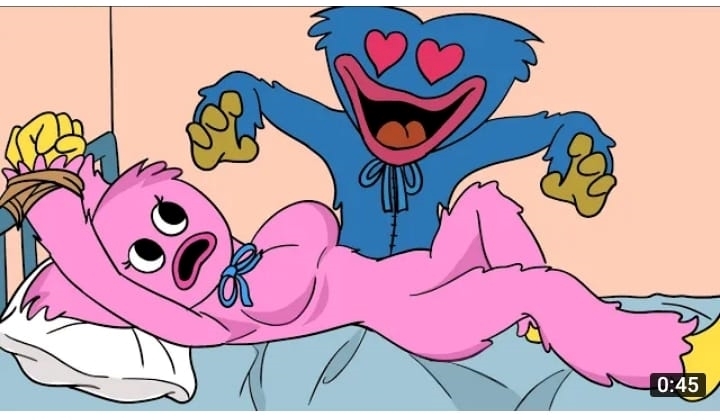 Video game character Huggy Wuggy, along with Kissy Missy, are featured in fan-made videos, many of which contain adult content. Unfortunately, many parental filters do not block these types of videos. Photo: YouTube.

Due to Huggy Wuggy’s innocent-like name, many of these concerning videos are not being blocked by firewalls or parental filters on media platforms. Content including Huggy Wuggy can also be found on the online gaming platform of Roblox.

Various schools around the United Kingdom have also reported children pretending to be Huggy Wuggy and recreating a game in which one child hugs another and then whispers sinister things into the other child’s ear.

As always, parents are urged to monitor their child’s use of YouTube and other media platforms. Research all video games and its characters before allowing your child to play or watch. 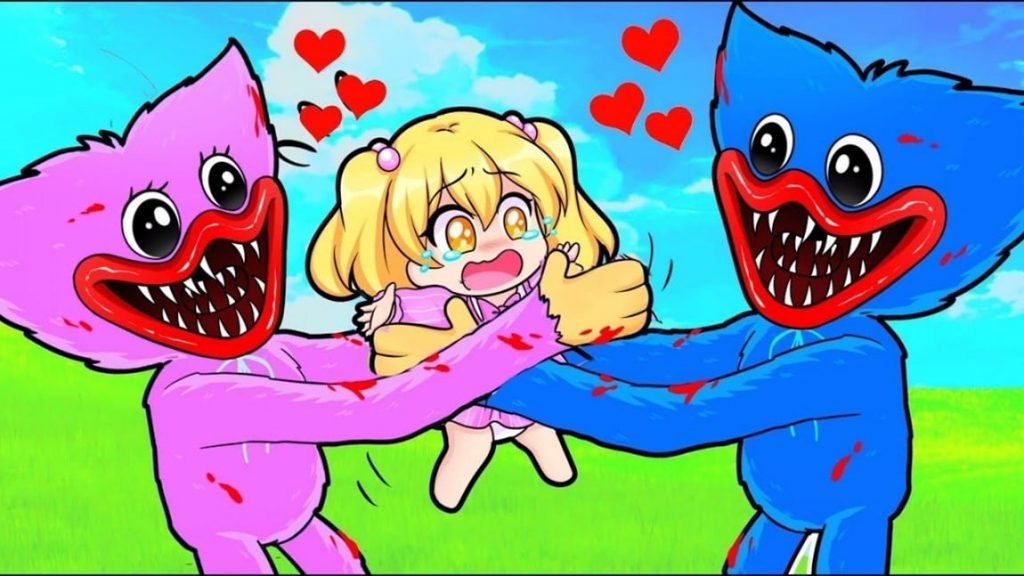