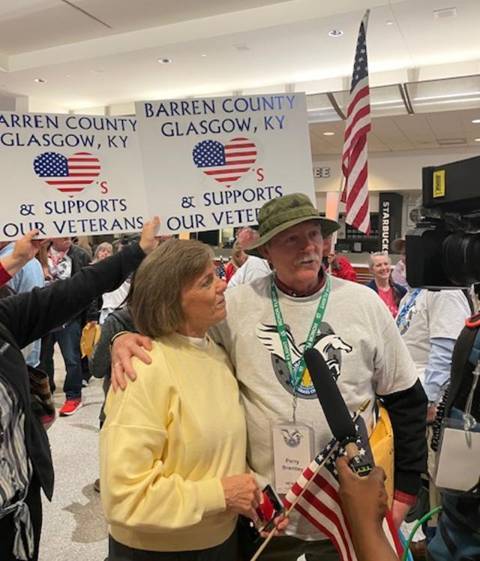 Perry Albert Brantley with his wife at the airport being interviewed by WDRB in Louisville.

Veterans from Kentucky were taken on a whirlwind tour of Washington DC on April 20, 2022, as honored dignitaries of the Honor Flight Bluegrass Program. It was a day of reminiscing and raw emotion as images of war became reality again. Yet, it was a day of reflection and healing.

Seventy-three Vietnam Veterans and 7 Korean Veterans, along with guardians and staff, flew on a chartered plane and enjoyed luxury buses as they traveled from the World War II Memorial, Korean War Memorial, Vietnam Veterans Memorial, Iwo Jima Memorial, Air Force Memorial, FDR Memorial, and the Tomb of the Unknown Soldier in Arlington Cemetery.

U.S. Army Veteran Perry Albert Brantley of Glasgow was one of the honored, having served during the Vietnam War. He was overwhelmed with emotion as he visited the Vietnam Veterans Memorial, walking along the black granite walls which contain the names of 58,281 who perished.

“I knew several names on the wall. It’s difficult to go back, but it is a wonderful opportunity to honor them. I am thankful that I made it home, thankful for the prayers of my family and my fiancée Catherine Clark Moore, who is now my wife of over 49 years. She gave me two Saint Christopher medals to wear for protection and I still wear them today. I grieve deeply for the ones who did not make it back,” said Brantley.

As he located the names of his friends, he traced each name ever so gently while he remembered their fun times together. “You are not forgotten” he whispered into the darkness and reflections of the wall as the gentle breeze carried his message to the Heavens.

The trip began at Louisville International Airport around 5:00 a.m. and it was an action-packed day filled with details and surprises. After the memorial visitation were complete and they were waiting to return to Louisville, the Veterans were surprised to experience “Mail Call” and each one was given a large envelope full of cards and letters from friends, family, and strangers.

Brantley said “Mail Call” was his favorite part of the day and he enjoyed receiving letters from home, “especially letters from Catherine.” However, this time, he decided he would wait until later, the emotions of the day still raw.

As the heroes exited the plane in Louisville around 9:30 p.m., they were surprised to be surrounded by a sea of red, white, and blue as around 500 people came from all over Kentucky to welcome them home.

Lewis and Amber Ekle came from Brandenburg, KY. “We do not know anyone on the flight, but we wanted to be a part of the celebration,” said Lewis who is currently serving in the Army at Fort Knox, KY. “This is a celebration that is long overdue.”
As the claps and cheers echoed through the airport it was evident that a grateful nation had finally spoken.

U.S. Navy Veteran and Glasgow resident, Joanne Frye attended. “It was an incredibly moving experience to pay tribute to these veterans who sacrificed so much for us. It was truly incredible.” Frye is scheduled to travel with the Lexington Honor Flight on June 11th.

This was a much different homecoming than Brantley received in 1972 when he was ridiculed for wearing his uniform on a commercial flight. “Coming home, I was called all kinds of names. But this time, I was welcomed. It was overwhelming.”

The Honor Flight organizers are aware that many returning Veterans were ridiculed, and some returned home with no one to greet them. “That is why the Welcome Home Celebration is so important. It is a chance to say ‘Thank you’ and a chance to make things better,” said Sherry Vize the daughter of an Air Force Veteran and a volunteer. “I love to see the smiles on the Veteran’s faces and you know you have made a difference.”

Brantley’s military service started when he drew a draft lottery, the number 19, while a sophomore at the University of Kentucky. He was 21-years old when he reported to Army Induction Center in Louisville, then on to Fort Knox, Kentucky for basic training.

He spent time at Fort Sam Houston for Advanced Individual Training (AIT) in Medical Records. While there, he received orders for a tour of duty at the 3rd Field Army Hospital near Tan Son Nhut, 16 miles from Saigon. He arrived in Vietnam on October 24, 1971.

“The training I received at Fort Sam Houston did not prepare me for the dark side of war that I encountered through the emergency room doors where I witnessed first-hand the results and horror of war. Often I heard the screams of the wounded and the dying, as I walked in pooling blood on the floor. I will never forget the smell of death.” said Brantley.

His duties included charting vital stats, completing paperwork, and other duties including assisting the doctors as they removed shrapnel from the wounded. Sometimes he would hold a metal pan to collect the shrapnel; other times he would hold the soldier’s hand. He remembers holding a pan as the doctor scrapped brunt flesh into the pan from a wounded soldier who had been burnt in a helicopter crash. 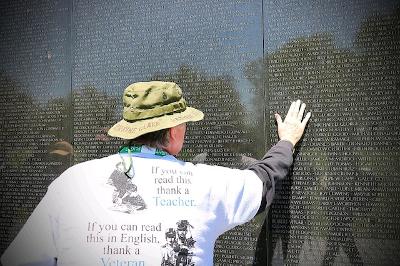 Another duty was to transport various badly damaged body parts from the 3rd Field Hospital to the main mortuary to be destroyed. “In my dreams, the pain and agony of these brave soldiers still haunt me.”

As his time in Vietnam was ending, his commanding officer asked for volunteers to escort an orphan from Vietnam to the states. He volunteered and was told to visit one of the orphanages in Saigon to complete the necessary paperwork.

The orphanage had huge gates with spikes and the fence was 15 feet tall. It was “utter and complete devastation and desperation” as it was filled with approximately 50 children who were missing limbs and other injuries. As he entered the building, the children swarmed him, clinging to his legs and arms, begging in broken English, “Take me. Take me. Please take me.”

As a young man of 22, these imagines remain embedded in his mind, a painful image of war.

After meeting with the officials at the orphanage, Brantley escorted a three-year old boy to America. “It was over a 24-hour flight with several stops including Guam, Midway, Hawaii, and eventually San Francisco. The little guy was good as gold, but we could not communicate very well. I tried to play games and tried to entertain him. He laid his head on my arm as he slept. He was a small child and his little legs barely covered half of the adult sized seat.”

When they arrived at San Francisco Airport, he transferred the child to his new family. “As they walked away, the little guy turned around and waved goodbye. My heart broke. I have never forgotten his face. I pray that his life has been a miracle. I know I rescued one life from the horrors of war.”

This was his final act of service as a member of the United States Army.

During his service, Brantley received the following medals: Bronze Star, National Defense Service, Vietnam Service, Vietnam Campaign, and Good Conduct. He was promoted to Sergeant after 18 months and 21 days of service.

He completed his service in October 1972 and married Catherine on December 9, 1972. Together they have three children: Scott, Morgan, and Laura, and three grandchildren: J. Morgan, Matthew, and Rayen. He retired from the United States Postal Service after 30 years of service, serving many years in the Glasgow Post Office.

Sergeant Brantley, Villa 5, over and out. We are grateful for your service. 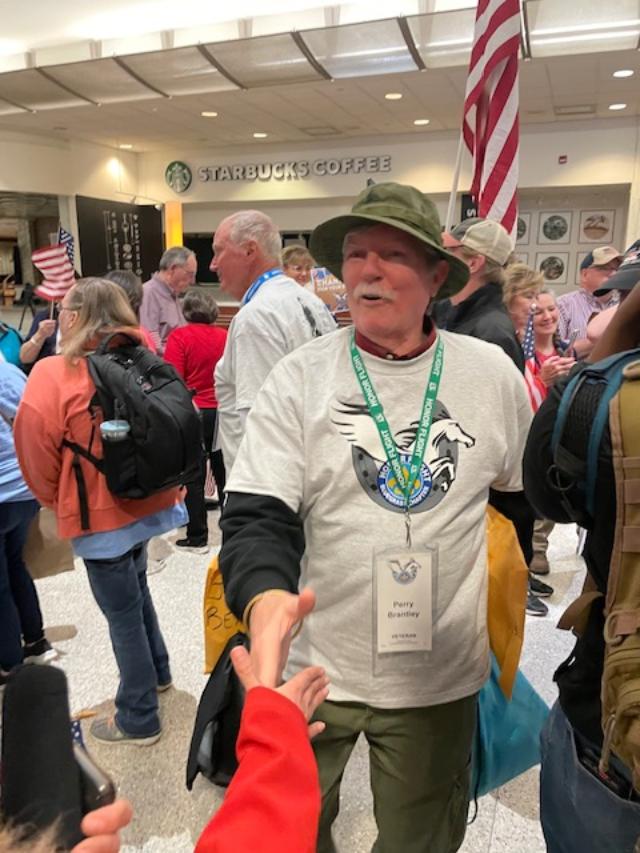 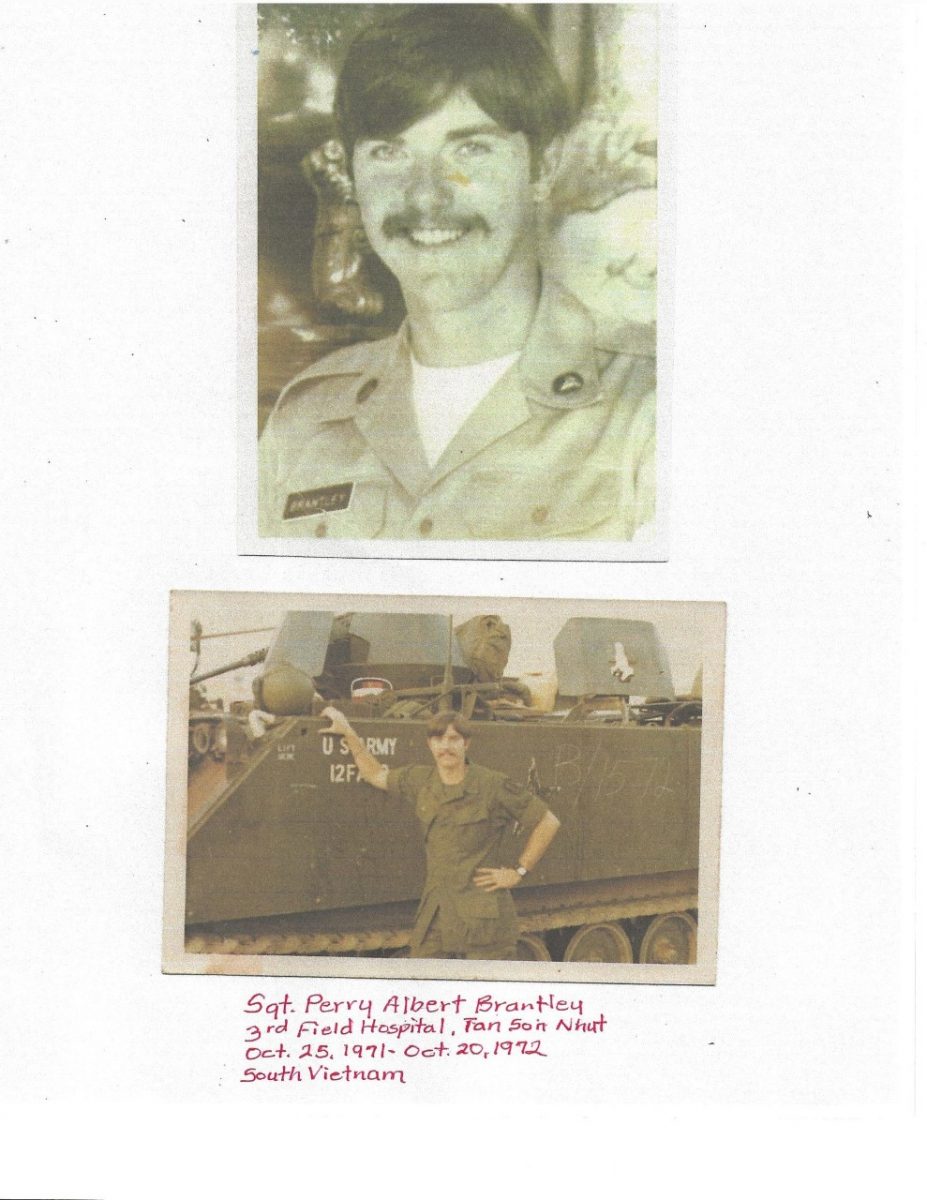