The Barren County Fiscal Court approved a motion that would move towards selling the nine horses at the Barren River Lake state park after spending nearly $45,000 on them.

Magistrates voted unanimously in favor of selling the county-owned equines with Judge/Executive Micheal Hale as the sole dissenting vote in a special-called meeting.

Magistrate Tim Coomer made a motion, seconded by Magistrate Trent Riddle, to sell the horses by advertised sealed bids.

Coomer cited liability concerns after noting a friend of his was bitten by a horse and would almost succumb to a bite-related gangrene infection.

In recent meetings, it has been voiced there were plans for the horses in the local special needs community. However, Coomer, who said he has worked with special needs children for over 20 years, expressed concern for the children if an injury were to occur from the horses.

“If there’s one chance in a million one of those kids getting bit, I couldn’t live with myself… I just don’t think the county needs this liability,” Coomer said.

Coomer’s motion also included details for safely applying number tags on the individual horses and post them on their government website for bids. He said with the tags, people could go down to the state park and see them before bidding if they choose to do so.

Hale said he has been in discussions with the state tourism regarding the horses and some type of proposal is in the works, possibly suggesting a government-to-government transfer. Hale said the horses have boosted the local tourism at the state park.

Magistrate Mark Bowman said if the care was transferred back to the state park, the county could end up in the same situation when the horses were originally found, malnourished and abandoned. Hale said the state park is under new management and administration now, but did agree it could happen again.

Hale was not in favor of giving the horses back out to the county for similar reasons as Bowman mentioned. Coomer said if the horses are sold, he felt people would take better care of them.

No agreement was made with Hale after he suggested the possibility of working with the state.

Magistrate Trent Riddle said the horses are a “tourist attraction in the right form,” and while historically horses have been at the state park, his opinion supported the sale with putting the money back into the county’s general fund.

Barren County resident Jody Hawks addressed the Court and said he was in favor of both selling the horses and using any excess monies for programs already established in the community for special needs families. Hawks suggested paying back the taxpayers’ money into the general fund and anything leftover could be used as a positive with the horses.

Hawks also said he and others in the community were tired of listening to the divided court over the matter.

“Let’s stop being childish, get rid of the horses…help people,” Hawks continued, “That’s what this right here, that’s what this is about—Fiscal Court is about helping the public.”

Before the roll called vote, Barren County Progress Publisher Jeff Jobe spoke to the Court and also cited safety and liability concerns referencing an incident with his own family.

He said we need to assure proper insurance and training to protect the county and employees.  He explained this is why Kentucky Stare Parks outsource this to people like Greg Turner.  Jobe mentioned Turner had operations at five state parks back in September 2019 and still has four of them active.

Jobe also re-addressed the ongoing matter where the BCP had sought whereabouts of the horses for several weeks and costs associated with the care of them.

“It’s my job as your newspaper publisher to find out what things are,” Jobe said, “If you won’t tell me, I’ll assign someone to go find them.”

Jobe also said both the judge executive and the magistrates should not be demonized for trying to do their jobs whether that is having a kind heart to care for an animal or trying to pay the county’s bills properly and being aware of what’s going on.

No dates were given on when the horses will be posted for bids. 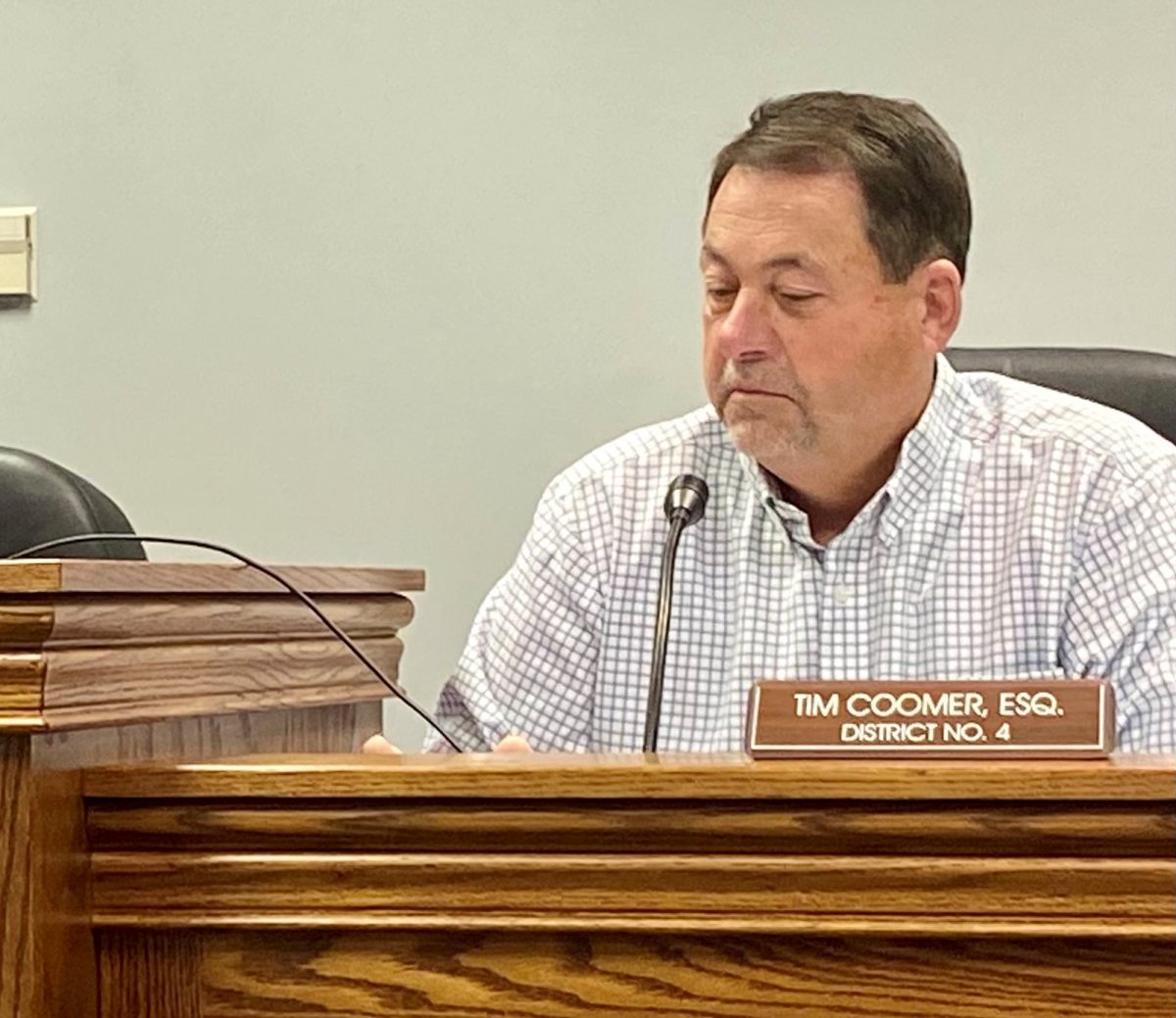 Magistrate Tim Coomer spoke of his reasons for feeling it would be best to sell the horses.