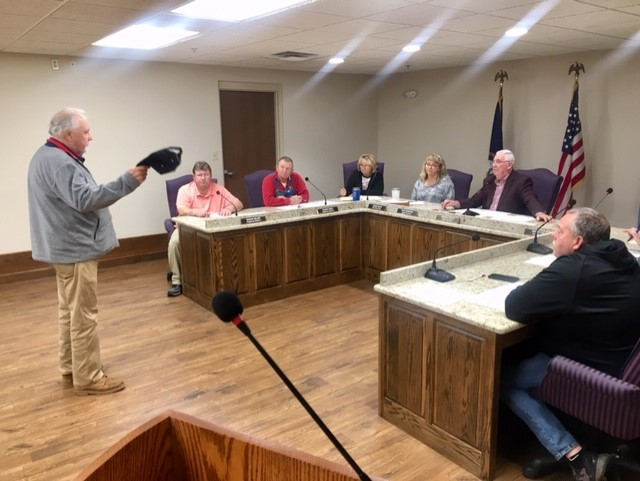 Perhaps the most pressing matter at the regularly scheduled meeting of Metcalfe County Fiscal Court on April 12th arose in “other business”.

“The animal shelter has refused to take dogs for several weeks. The last dog they took was March second,” said Coomer.

He further stated that he had been keeping several dogs in his barn.

“It’s hard to buy food and I know I’m tired of cleaning up after them,” he said.

Judge/Executive Stilts inquired about the agreement, and county attorney Barry Gilley stated that the agreement was that the shelter would take any dogs presented to them for the price paid by the county.

“I am willing to help, but I need food,” Coomer said.

Magistrates Smith and Miller stated that they would make an effort to discuss the situation with the LaFevers.

A discussion was had about the funding for District Health Department, and magistrate Miller said “I think they need to tell us what they do.”

The court also approved a new appointment to the nursing home board.

Judge Stilts stated that Dean Rowe, who has been on the board for many years, had reached out to say he was stepping down, but that he wanted to ask that his wife Gina be appointed to his position.

“He was very concerned, very regretful that he could not finish out his term, and wanted to know if she could.”

The court voted unanimously in favor of it.

The next meeting was announced; a special called meeting to be held on Monday, April 18 at 8 a.m.