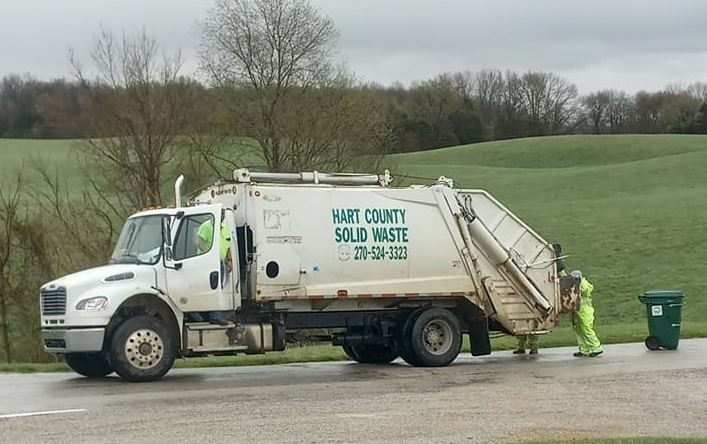 Hart County Solid Waste is experiencing delays in garbage pick-up due to supply chain issues with trucks and parts. Photo by Donna Eurton.

It is without a doubt that everyone has recently experienced a shortage of an item needed or a delay in receiving an item. Perhaps it was a favorite snack at the grocery store, a part for a vehicle, or a pair of shoes from Amazon.

No matter the item or need, supply chain problems have affected everyone. Hart County Solid Waste (HCSW) knows this all too well.

Many Hart Countians have taken to social media to express their concerns – and even anger – with the delay in their garbage being picked up at their homes.

According to Operations Manager Larry Jewell, HCSW is experiencing supply chain issues just like everyone else.

“If you go to buy a new car, go to the lot,” Jewell said. “See how many cars you see on the lot. It’s the same way with trucks, and garbage trucks are not as easy to buy as cars on a car lot.”

“The guy told my operations manager yesterday it might be six months before we get parts for one of those trucks,” Jewell explained. “That’s where the problem is…We’ve got other trucks that are ordered, roll-off trucks, that were supposed to be here in May and June. Now, we’re getting one of them in December, and we don’t even know when we’re getting the other.”

“Then, when your trucks go down and you get sort of like we are, you can’t rent a garbage truck,” Jewell continued. “We’ve looked everywhere trying to get one to use or rent or whatever. Because we know we’ve got these other two new ones (coming in), we don’t want to buy a used truck, and there’s nobody who rents a garbage truck…That’s the main issue. It’s not that we aren’t trying. We’re busting our tail trying to get this stuff.”

HCSW is currently awaiting the arrival of two new Peterbilt trucks for its fleet.

“We’ll get one of them next week (week of April 11),” Jewell said. “All they lack on it is, they put the bed of the garbage truck on it, and they’re doing some adjustments because it has to be adjusted to fit our totes and our dumpsters, so they’re making those adjustments now.”

“The other one just came off the assembly line at the Peterbilt plant, and they’ll be getting it this week and putting the garbage bit and all that on it,” Jewell added. “We should have it in the following week (week of April 18).”

Although Jewell understands the anger that many citizens have regarding delays in garbage pick-up days, it is his hope that citizens in return understand how hard his team is working.

“Our guys are working overtime. They’re working as many hours as they can work,” Jewell said. “We’re somewhat limited because we use the (Hart County Jail) inmates, and the inmates have to be back at the jail at a certain time…We have to shut down when we take back inmates.”

“We do an awful lot for the county,” Jewell added. “In this particular case, there is nothing we can do about it. We’re just slammed….And under normal conditions, when we’ve got the vehicles running, they (HCSW employees) do a good job with picking up the dumpsters, the roll-off boxes, and the totes. They do an excellent job. We’re just stuck with no trucks.”

“…We operate under the county’s umbrella,” Jewell later added. “We don’t take any money from the county, but we still answer to the county and answer to the Judge. The county is super, super supportive of helping us when we’re in need, especially Brian Weber at the county road department and the Judge. All the magistrates have offered help when we need something. We are independent..But we have a very good working relationship with them, and we fall under their umbrella.”

Although times are currently difficult for Hart County Solid Waste, Jewell is positive that better days are coming.

“We just gotta get some trucks,” Jewell said. “We’ve got money to buy them. It’s not like we’re hurting in that respect. What’s hurting us is just the supply issue.”

“I’m sorry everybody’s having a problem, but there’s no solution until we get more trucks,” Jewell continued. “And then it’ll all level back out, and we’ll be fine. And then they can complain about something else…We’re gonna make it. We’re gonna do just fine.” 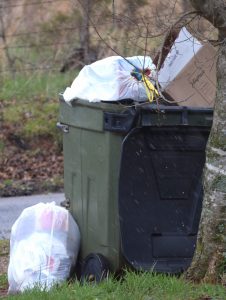