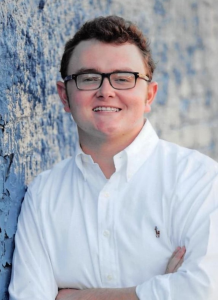 In December 2020, Glasgow’s beloved 22-year-old Dalton Bishop met with an untimely fate, when he ingested fentanyl.

Dalton is warmly remembered for his kind, giving nature.

“Dalton had a heart of gold, and he was always, always thinking about what he could do for others,” said Dalton’s father, William Bishop, following his death.

Posthumously, Dalton has found a way to give something to fellow Kentuckians via House Bill 215, also known as Dalton’s Law.

If signed off by Governor Beshear, convicted fentanyl traffickers would serve a minimum of 85 percent of their sentencing before being eligible for parole. Under current laws, oftentimes people arrested for fentanyl trafficking in conjunction with other drug trafficking charges are no longer behind bars in a matter of hours.

“It means everything to our family. While Dalton’s time on earth ended in tragedy and his absence is still felt by those that love him, his life continues to serve significant meaning in an abundance of ways. With Dalton’s Law, he is forever making an impression to advance the efforts of Legislature in the fight to end Kentucky’s epidemic of fentanyl-related overdoses and deaths, and to hold those who traffic these drugs accountable,” said Dalton’s father William Bishop.

“I think Dalton would be honored to have such a significant and impactful bill named after him,” said William.

He added that those who knew Dalton knew his huge heart for others.

“Even though HB 215 doesn’t solve the fentanyl epidemic, this is a step in the right direction of trying to eliminate the fentanyl pandemic and helping the victims of this deadly drug and their families.”
Kentucky Representative Steve Riley was instrumental in seeing House Bill 215 come to fruition.

”Steve Riley a huge role in seeing this bill through, start to finish. He and Bart Rowland were involved in the first meeting to discuss different possibilities of changes that can be made to advance the fight against addiction, and specifically fentanyl, at a local or state level. We owe a huge debt of gratitude to Steve, Bart, Rep. Chris Fugate, Sen. Mike Wilson, and several other individuals that played a role in writing, sponsoring, supporting, and presenting HB 215,” said William.