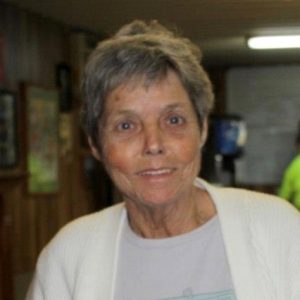 She was born in LaRue County on January 29, 1947, made a profession of faith in Christ, and was a member of Mt. Zion Separate Baptist Church in Magnolia.

She was retired from working for Dolly Madison, Magnolia Market, and Magnolia Stop-N-Shop and was well known for her cooking, especially her fried cornbread, green beans, and desserts including her homemade pies and Italian Cream Cake. She was an avid collector of pencils, marbles, coke tabs, buttons, hummingbirds, and what-nots and enjoyed working crossword puzzles, jigsaw puzzles, playing Scrabble, mowing her yard, her wood stove, and most of all cooking. She continued to do all the things she enjoyed until her body was unable to continue, she was diagnosed with Stage IV Lung Cancer in November of 2011 and continued to fight her battle until she just couldn’t any longer.

Her house was considered “The Gathering Place” where company would gather, coffee would be made, and gossiping took place around the kitchen table. She always made sure everyone left with something, whether it be food, canned goods, or some type of grocery item.

Funeral services will be held at 1:00 p.m. (ET), April 12, 2022, at Dixon-Rogers Funeral Home in Magnolia with Bro. Darren Wolford officiating. Burial will follow in the Mt. Zion Church Cemetery.

Condolences may be expressed online at www.dixon-rogers.com.