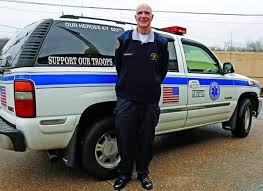 Mike Swift, beloved founding father of the ambulance service in 911, spearheaded the formation of the Barren-Metcalfe 911.

In 1994, under the guidance and tutelage of Mike Swift, who formed and directed the Barren County Emergency Medical Services for 42 years, a committee was created to form Barren-Metcalfe 911.

“At the time, neither county could do it on their own,” said Judge/Executive Harold Stilts, who was a Metcalfe County Magistrate during its formation. “I was on the committee. It was of mutual benefit to both counties.”

Twenty eight years have passed, and Barren County would like to bring an end to the mutual agreement.

“I’ve talked to my magistrates about it and they told me not to sign any more checks for Metcalfe County expenses,” said Barren County Judge/Executive Hale.

However, Magistrate Carl Dickerson said they gave him negotiating authority only.

At the March 22, 2022, Barren-Metcalfe 911 board meeting, Hale stated that he wished to resolve the partnership, and left the meeting before it ended.

“He (Hale) got up and left. They were real aggressive towards Metcalfe County,” Stilts said. “It seems like. They are trying to throw Metcalfe out the door.”

Although Hale said that he would not sign any more checks, before the meeting closed they authorized another board member to do so. They are hoping that a resolution to this problem, which began approximately a year ago, will come about by the May meeting.

During the meeting, Cave City mayor Dwayne Hatcher stated on the record that he didn’t think that it was “legal” for Barren County to shoulder the costs, although it has been the arrangement for almost 3 decades.

Hale says the urgency about this stems from a five-year review of expenditures. 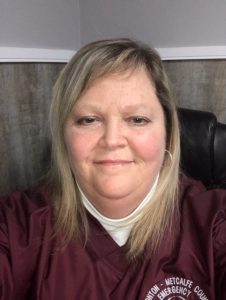 For Beth Wilson, Director of Edmonton-Metcalfe County 911 Dispatch, helping those in times of crisis is a calling and a way of life.

“When I was a child my mother was sick a lot. I rode with her in ambulances many times and spent many nights in the hospital with her,” said Wilson.

Twice her mother was so ill that she spent short stents in foster homes. This early childhood experience had a lasting impression, and she knew long before adulthood that she wanted to help people in need.

“The entity is governed by a board equally formed with city and county members. They equally divide funds for our department,” said Metcalfe 911 Director, Beth Wilson.

Although the entity was formed in 1993, it wasn’t until January of 1994 that Edmonton-Metcalfe County 911 actually began.

“Volunteers manned the center for the first 6 months while the process of applications were taken and hiring done. Over time some benefits have been added although we still don’t have any type of retirement therefore we run mostly with trained part time/prn employees who have employment with benefits elsewhere.

It all adds up to, “We are like family, we don’t do it for the money, although we do have to make a living, but, we do it because we love what we do.”

The lowest paid employee makes a little over $12 an hour, while the highest paid makes just over $15 an hour.

“I can’t imagine waking up and doing anything else every day,” Wilson said, as she now worries about the fate of 911, and the people of the county where she has lived her entire life.

Gary Fancher is the citizen representative on the board.

“My concern is the change of the amount suddenly we should be paying. We have looked at the numbers different times over the years and on the years when we were not doing major upgrades. We have either been at almost a break even on expenses or paid more into the fund than was spent in Metcalfe County. Suddenly those numbers have changed in the last report,” said Fancher.

Many things regarding the financials are unclear, and at press time the five year review had yet to be provided. However, both counties agree on one thing: It is time for Metcalfe County to have a separate 911.

Read Jobe Publishing papers for more on this developing story.