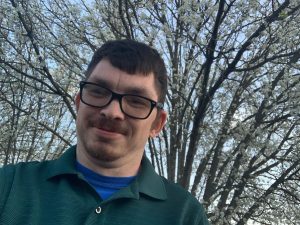 Justin Hiser was born with cerebral palsy, but he does not let it define him. Photo submitted.

According to the Cerebal Palsy Alliance website, cerebral palsy is a physical disability that affects movement, posture, and/or muscle tone. It is caused by a brain injury or brain damage that typically occurs either before or during birth, often due to oxygen deficiency.

Around 10,000 babies are born each year with cerebral palsy.

Justin Hiser was one of them.

“When I was in my mother’s womb, some oxygen was cut off for some time,” Justin explained. “It deals with my speech and my left side…My biggest regret is my speech. I have so much I would love to say, but people can’t understand me or they don’t take time so stop and hear what I’m trying to say.”

Although there are challenges, Justin has not let cerebral palsy hold him back from accomplishing great things.

Justin attended Western Kentucky University (WKU). He began working part time for T.J. Samson Community Hospital in the rehab department during the summers in between college.

After graduating from WKU and walking the line in the spring of 2012, Justin was offered a full-time job with the hospital, where he has now been employed for 14 years.

If you have recently passed by T.J. Samson Community Hospital during the month of March, you may have noticed that it has been lit up with green lights.

“We light up green for Cerebral Palsy Month,” Justin said. “I had asked for it. They did it. So nice to have your place of work to honor you.”

There is no doubt that cerebral palsy can make life difficult. But, despite what Justin has been dealt in life, he is no different than anyone else. He lives on his own. He pays his own bills. All in all, he does not let cerebral palsy define him.

As Justin said, “Been very blessed.” 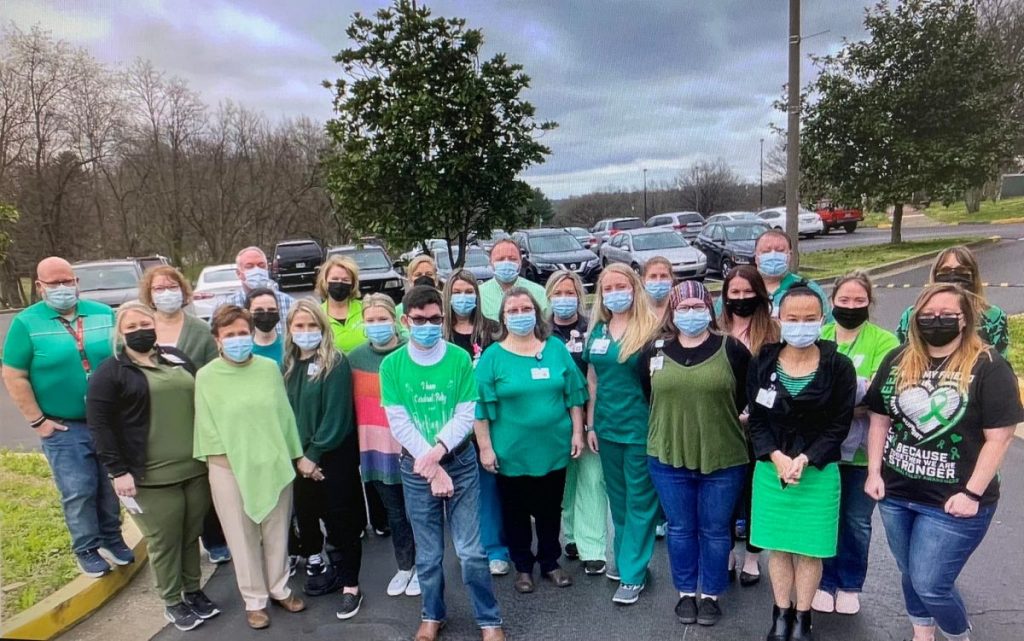 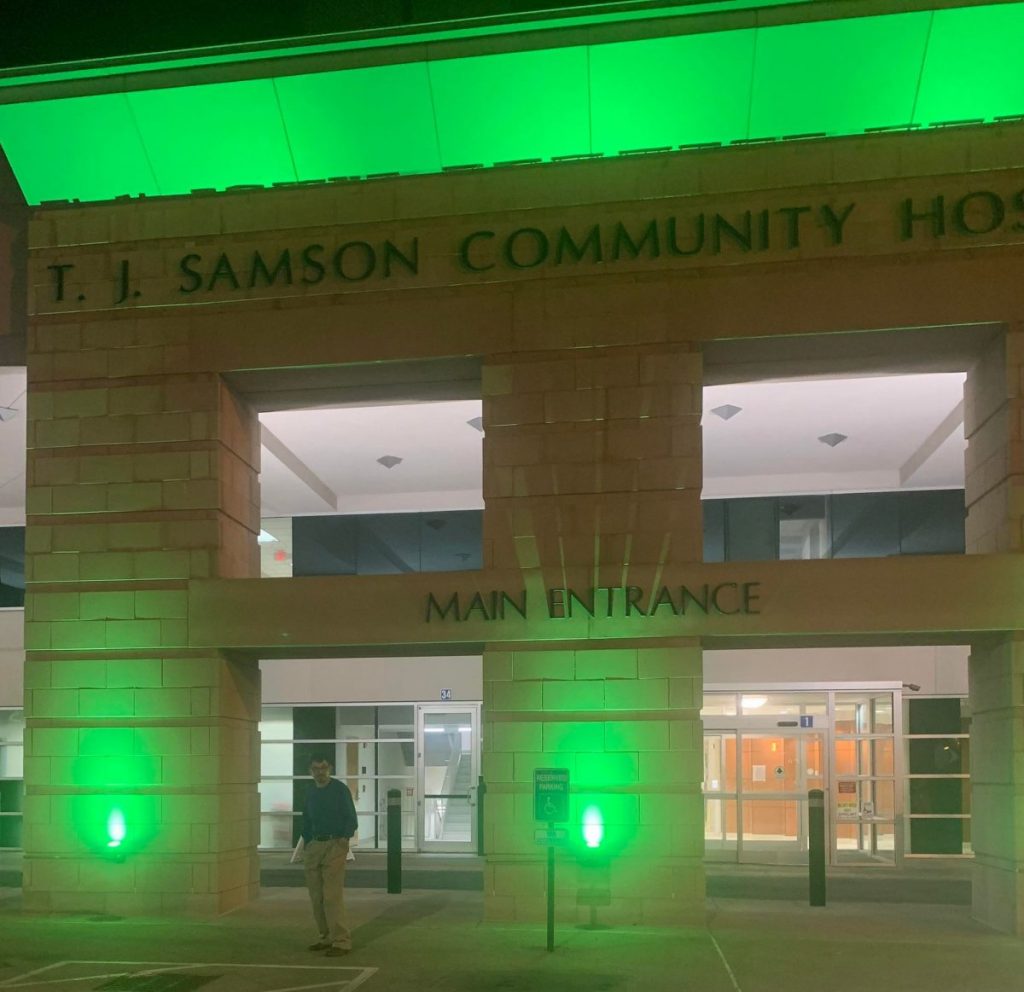 T. J. Samson Community Hospital lit up green in honor of Cerebral Palsy Awareness Month. Justin Hiser is pictured in front of the hospital where he has been employed for 14 years. Photo submitted.