Each day, we are presented a new opportunity to celebrate the important women in our lives, both those we know and love and also those whose legacies transcend time.

Although there are plenty of opportunities to pay tribute to such special women on a daily basis, this month is especially made for them. Every March in the United States is celebrated as Women’s History Month. It is a month to recognize trailblazers and innovators, advocates, and barrier breakers.

In honor of Women’s History Month, we bring you a few history makers who have made an impact in Kentucky. 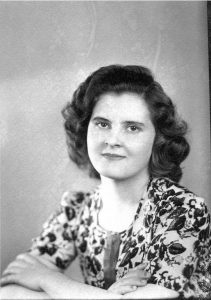 Born in 1929, Horlander was a native of Barren County. She once dreamed of being a chemist but was told that “…the highest position for women chemists was washing test tubes.”

Disappointed, Horlander began working as a telephone operator for Southern Bell in Louisville, joining the Communications Workers of America Local 3310 on her first day of work.

Working her way up the ranks, in 1964 Horlander became the first woman communications consultant. Within the first two years, Horlander became the CWA steward in the union and in 1969 was elected as its first female president. She served as a delegate to the Greater Louisville Central Labor Council for over 50 years.

Horlander served on several boards including the Kentucky Commission on Women and the Governor’s Commission on Full Equality and was a founding member of the Kentucky Women Advocates, the National Women’s Political Caucus, and the Coalition of Labor Union Women. Known as a fighter for women’s equality and fairness, in 2004 Horlander became the first woman to be awarded the Kentucky Labor-Management Conference Labor Award. She passed away in 2008. 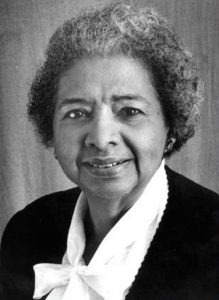 James broke segregation barriers by using her voice to speak out about health inequality, having dedicated her life to helping unwed mothers and poor children receive access to health care. She became the first African American woman to be hired on staff at the former Louisville Children’s Hospital.

During the early 1950s, James was also just one of two African American women on staff as faculty at a medical school in the south. She often spoke about infant mortality among African Americans and held a private pediatrics practice and walk-in clinic. Because of James’ efforts to educate the poor about health care equality, in the 1970s she was able to be a part in establishing the West Louisville Health Education Program. 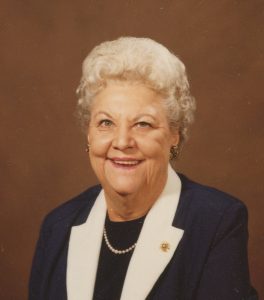 Stovall was born in Munfordville on April 1, 1919, to Samuel Dewey Hawkins and Addie Mae Goodman Hawkins. Her parents divorced when she was eight years old, and it was then that she and her sister Edith moved with their mother to Louisville.

Stovall grew up around political activities and she herself soon became a pioneering politician in the state. In 1949, the Hart County native won an election to become Louisville’s first female State Representative. Over the next 20 years, she was elected twice as Kentucky State Treasurer and three times as Secretary of State of Kentucky. She became the 47th Lieutenant Governor of Kentucky, serving alongside Governor Julian Carroll (1975–1979). Stovall was the first woman to hold the office. Throughout her career, she was an advocate for labor and women’s rights.

She passed away in 1994. Thelma Stovall Park, named after Stovall herself, is located along the Green River in Munfordville. 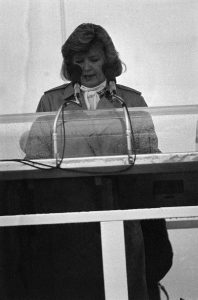 Collins was a former teacher who entered the political world in 1971. She served as a clerk on the Kentucky Supreme Court. In 1979, she was elected Lt. Governor under former Governor John Y. Brown, Jr. Collins served as Kentucky’s first woman governor from 1983 to 1987. To date, she remains the only woman to have been elected as Governor of the Commonwealth.

Born in Chicago, Richardson graduated Rush Medical School and immigrated to Hart County’s Hardyville community. She is considered one of the first female doctors in Kentucky, having begun her practice in Hart County in 1900. 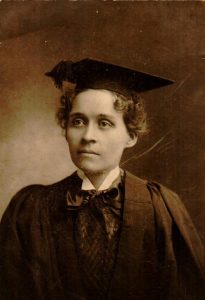 According to a Facebook post by the Hart County Historical Museum, “In the early 1900s, she successfully removed a cancerous breast from a woman who lived to a ripe old age afterwards. She was asked to report it to the medical association, but she would not for fear of embarrassing the woman and her family. This was the first known type of surgery performed at this time. About the year 1915, she introduced flu shots in Hart County. 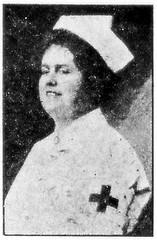 Arvin was born in Henderson, Ky., in 1879. In June of 1917, Arvin joined an American unit heading to Europe for World War I. She served as a nurse in France at a British Army Hospital during WWI. Arvin became Kentucky’s most highly decorated female veteran of WWI, having been awarded the U.S. Army citation for exceptionally meritorious and conspicuous service (later exchanged for a Purple Heart), the British Royal Red Cross (2nd Associate) Medal, and the French Croix de guerre. 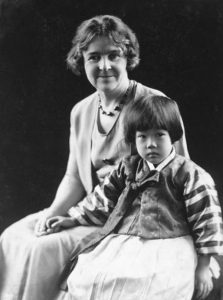 Charlotte Brownlee, left, is a native of Munfordville. She is pictured here in the early 1930s in Seoul, Korea with her godchild, Sura Kang. Photo from the book, “Many Voices, One Nation: Material Culture Reflections on Race and Migration in the United States” and courtesy of the family of Hui-Sung Youn.

Brownlee was born in Munfordville on February 4, 1876. She was one of the founders of the Christ Church Hospital in Cincinnati, Ohio.

In 1913, Brownlee served 39 years in Seoul, Korea through the Methodist Missionary Service. While in Korea, she was considered a pioneer in elementary education, becoming known as the founder of kindergarten for that country. In 1958, Brownlee had an orphanage in Seoul named after her.

She returned to the United States during World War II and resided in Munfordville until moving to Ocean Grove, New Jersey where she passed away on December 27, 1970. 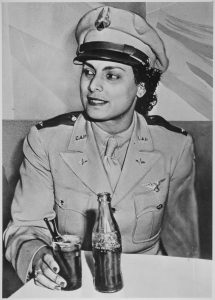 Born in Glasgow, Willa Beatrice Brown was a pioneering aviator for both women and African Americans. In 1934, Willa began taking flying lessons. By 1937, she earned her pilot’s license, becoming the first African American woman to be licensed in the United States.

Also, that same year, Willa co-founded the National Airmen’s Association of America. This was an organization designed to help African Americans become accepted into the United States Air Force. In 1940, Willa and Lieutenant Cornelius R. Coffey established the Coffey School of Aeronautics. It was here that approximately 200 pilots were trained over the next seven years. Some of those same pilots later became part of the 99th Pursuit Squadron at the Tuskegee Institute and eventually became known as the legendary “Tuskegee Airmen.”

By 1941, Willa became the first African American officer in the Civil Air Patrol (CAP), and she was also named Federal Coordinator of the CAP Chicago unit. She made history once again in 1943 when she became the first woman in the U.S. to possess both a commercial license and a mechanic’s license in aviation. Willa passed away in 1992. 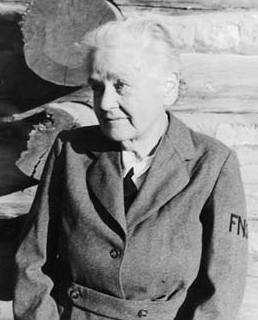 Breckinridge was born in 1881 in Tennessee, but she certainly left her mark in the Commonwealth. A nurse-midwife, Breckinridge founded the Frontier Nursing Service (FNS), fan organization that provided medical care to the mountain people of rural eastern Kentucky.

Because of FNS, Kentuckians in impoverished areas only accessible by horseback were able to receive medical care. Breckinridge’s work was effective in reducing infant and maternal mortality in the Appalachian region of the state. She passed away on May 16, 1965.