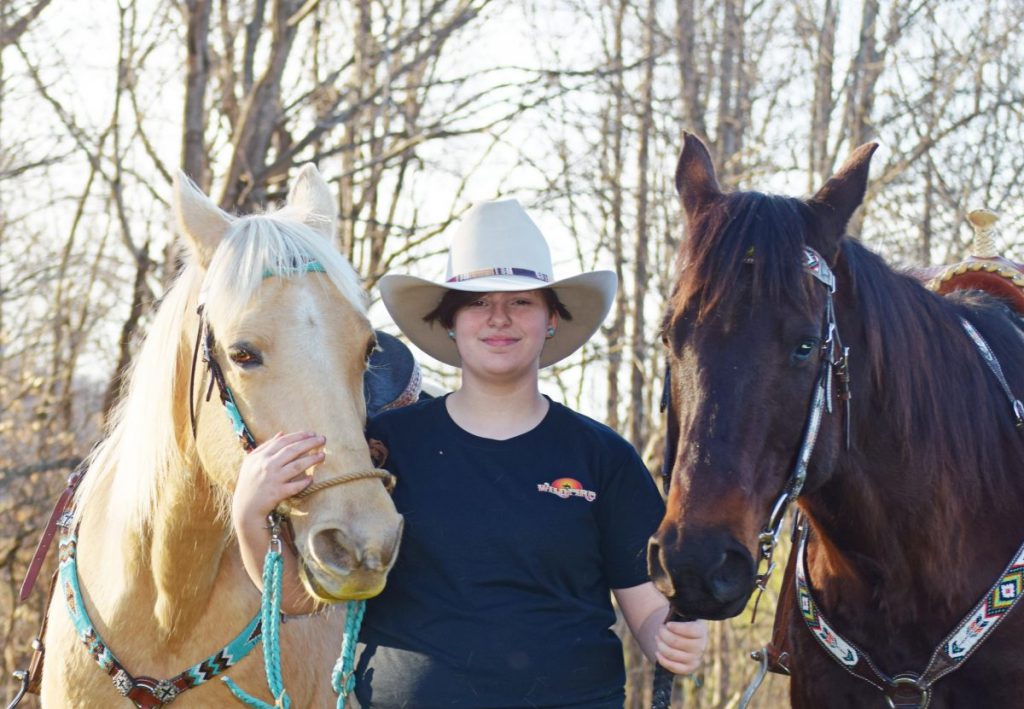 Julie Payne, a sophomore at Hart County High School, has found her confidence through working with horses Sugar and Turbo.Photo by Mary Beth Sallee.

By all means, Julie’s dream was to own, work with, and ride horses. And in April of 2019, that dream came true when Julie’s mom and step-dad purchased Julie her first horse: a gaited mare named Sugar.

Originally, Sugar was only going to be used for trail riding and such. However, Julie quickly decided that she wanted to learn how to barrel and pole ride, and she taught Sugar to do so.

“They learned together, and Sugar helped Julie with her confidence and horsemanship,” said Jennifer Gravil, Julie’s mom.

By August of 2020, Julie received her second horse, an official barrel horse named Turbo. The nine-year-old gelding is an Appendix bred Quarter Horse.

“We quickly realized he (Turbo) was a little more horse than Julie was ready for, so we turned him out in the field and found another older horse that had ran barrels in the past,” Jennifer said. “We bought Serria, a 20-year-old Quarter horse mare, in November of 2020, and she was a work in progress for Julie. The mare had been turned out for almost 10 years with no one riding her, so Julie was the first one on her back. Serria was a great stepping stone and confidence-building horse for Julie. She helped Julie in many ways.”

Since that time, Serria was sent to live with another young girl who was learning to ride and needed a confidence-building horse as well.

That’s when Julie’s attention turned back to Turbo.

“When Julie went to ride Turbo for the first time, he blew and Julie landed on the ground. We decided to buy him anyway,” Jennifer explained. “It took almost one year to the date for Julie to get the confidence to get back on his back again, and in the process, he put her on the ground again.”

But Julie didn’t wait as long this time. Just 10 minutes later, she was back in the saddle and riding Turbo again.

“Now here we are a year and a half later and Turbo will be her main barrel horse, and he is her best friend,” Jennifer said. “He loves and trust Julie with everything in him. He doesn’t do well with new people or new things, but as long as Julie is beside him, talking to him, and reassuring him that everything is okay, he is just fine. It really is something amazing to see, the bond they have.”

Now at the age of 16, Julie is living her dream with the horses she has always wanted.

“I do several things with my horses,” Julie said. “…While at home, I trail ride, groundwork, which means keeping them in shape. We travel to horse shows where I do timed-speed events such as barrel racing and pole bending.”

Julie runs in the National Barrel Horse Association (NBHA) circuit in the NBHA KY03 District. For every show that Julie attends, if she has a clean barrel run, she receives points based on her run, how fast, and where she places, such as first, second, third, and so on. The NBHA has five divisions which are split by a half-second time.

Julie has won several prizes with barrel racing, including winning 4H Barrels at LaRue County Saddle Club for the 2020 season. That was her first year running. More recently, Julie finished the 2021 show season as Reserve Grand in the 5th Division. She now has a bid to run at the NBHA Youth World Show in Perry, Georgia later this year.

Julie stated that she is grateful for the learning experience, as well as for those who have shown her support along the way.

“My horses and myself are a team, and we are not perfect,” Julie said. “We have bad days just as we have good days. We learn from the bad days and try to improve on the good days.”

“As I have progressed with barrel racing, I have been able to meet a lot of people and have gotten a lot of help and guidance along the way that has helped me become a better rider and horseman,” Julie added. “One person is BJ Bishop, Jr. He has been my trainer for almost two years. He has helped me in barrels and has brought out a confidence in me that didn’t really know I had. Also another person that has helped me is Karen Weaver with Horse and Hound Tack in Buffalo. She has taught me so much from the beginning when we got my first horse.”

While competing, Julie has also received sponsorship from Wildfire Custom Horse Accessories, a supplier out of Florida, owned by Kelly Jones.

“(This) is really cool for me because I haven’t been barrel racing that long,” Julie said of the sponsorship. “I have only been competing for two years.”

As for training and improvement of her skills, Julie will be attending a Charmayne James Barrel Clinic in Missouri during spring break.

“I am extremely looking forward to (the clinic) and hoping to get more knowledge about barrel racing and to improve my skills,” Julie said.

Julie is a sophomore at Hart County High School, but she already has plans to attend Murray University upon graduation. She would like to ride on the university’s rodeo team, as well as study to become a veterinarian.

Although Julie has found success in the NBHA world, she has also found her own personal confidence within herself, as well as solace and comfort through her horses.

“Having horses has helped me a lot mentally, emotionally, and physically,” Julie said. “When my mom and step-dad, Terry, got my first horse Sugar, I was going through a lot of stuff mentally. Sugar became my safe spot, my therapy animal if you would say. She gave me purpose.”

“Having these horses is like having a partner in life that depends on me that will never leave me, my teammate…” Julie continued. “We have to trust each other so much. When we are in the arena or even just in the field running, it is like everything else disappears, and it is just me and my horse, just us living and loving each moment of life in that moment of life.”

Marilyn Monroe once said, “Give a girl the right pair of shoes and she can conquer the world.”

For Julie Payne, those shoes are horseshoes, and she is conquering her dreams one horse and one barrel race at a time. 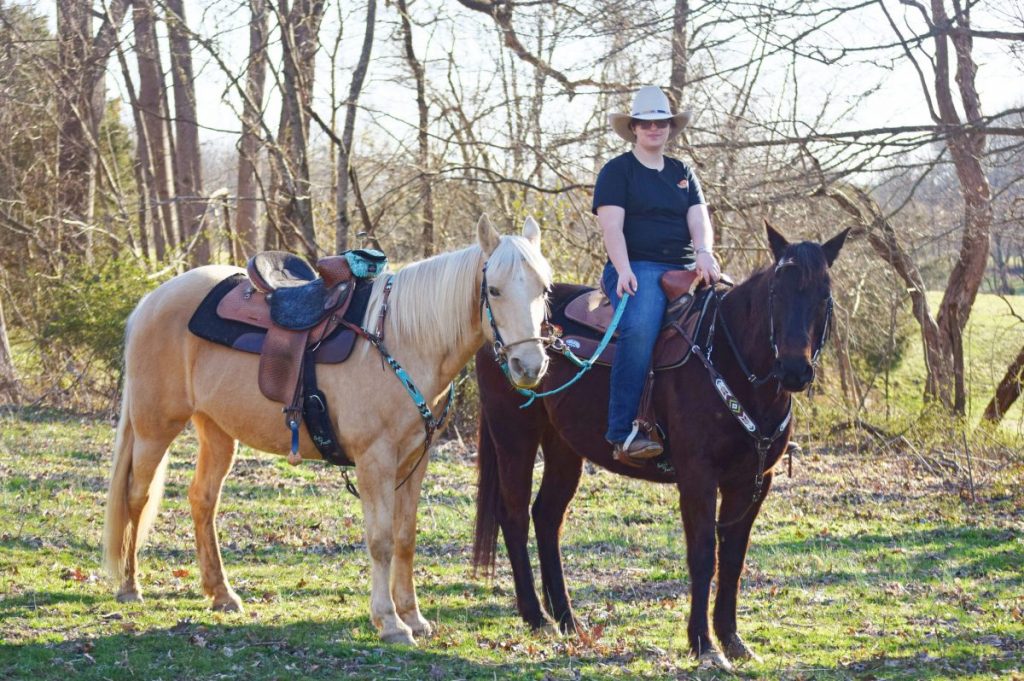 Working with horses like Sugar and Turbo has helped Julie Payne mentally, physically, and emotionally. Photo by Mary Beth Sallee. 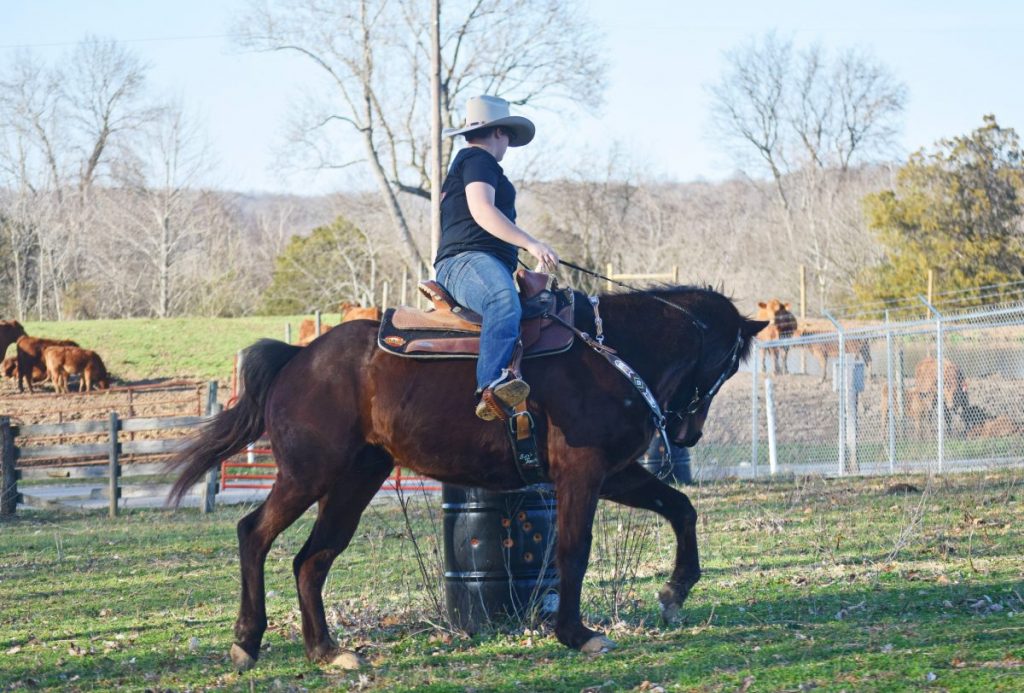 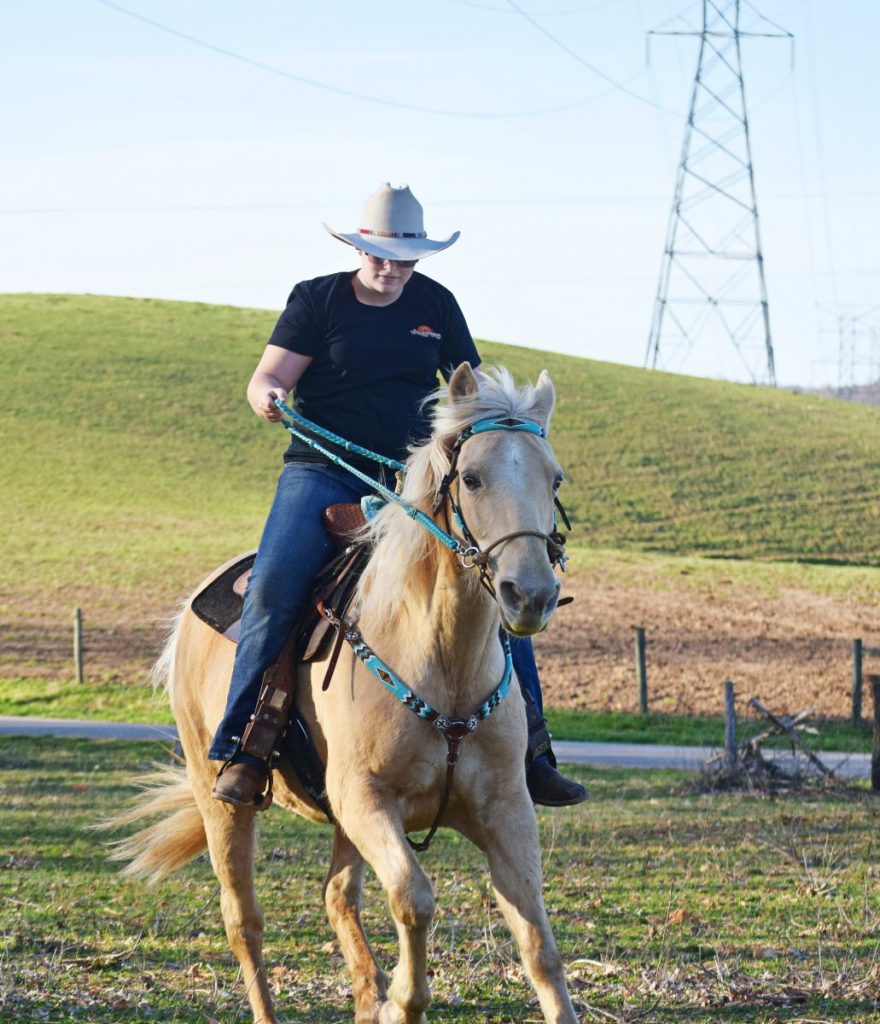 Julie Payne and horse Sugar take a ride through the field. Photo by Mary Beth Sallee. 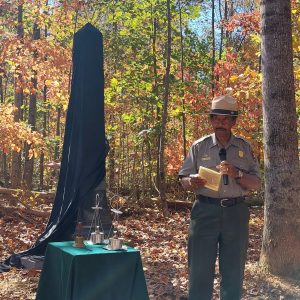 Reclaiming a Spot in History 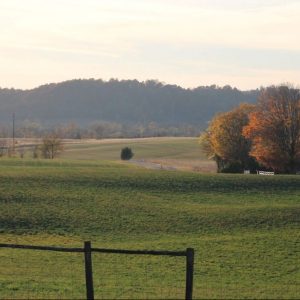