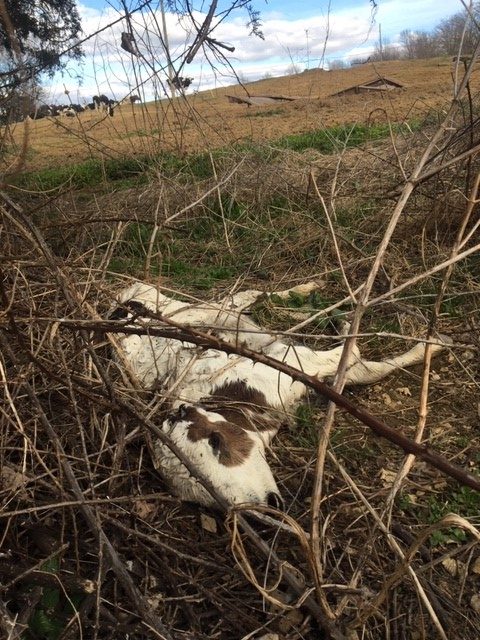 A dead calf lays rotting into the ground. According to documents from the Department of Environmental Protection, and neighbor Ed Smith, dead cattle in mass quantity are commonplace on the dairy farm. Photo by Jennifer Moonsong

“Right is right, and wrong is wrong, and this is wrong.” Ed Smith

Summer Shade farmer Justin Tudor is under scrutiny from the Energy and Environment Cabinet, for the deplorable conditions at the Justin Tudor Dairy Farm on Thurman Smith Road.

Court documents from the Energy and Environment Cabinets reveal dead cattle, polluted waterways, and an overflowing manure lagoon have created the environmental disaster on the 144-acre farm.

According to neighbor Ed Smith who formerly owned the farm, the deplorable conditions have continuously worsened over the past five years.

Ed Smith moved to the farm on Thurman Smith Road in 1973.

At that time agricultural integrity and hard work were commonplace in rural farm life.

“Me and my Daddy worked this land and we worked hard,” he said.

In 2015, Ed and his wife sold away most of the farm to Justin Tudor.

Ed now lives in a house that looks out over a manure lagoon and his two daughters also live on the perimeters of the farm.

“In the beginning, I tried to help him, but it was impossible to keep up. The mess just kept getting worse,” he said.

The environmental threats at the Tudor Dairy were first documented in 2016.

At that time, it was noted that Tudor had failed to develop a comprehensive nutrient management plan, had failed to implement an agricultural water quality plan, and had failed to prevent pollutants from entering waterways and the degradation of surface water.

According to Ed Smith, the standing feces-laden water that spans several acres did not use to be there and was the result of filling a sinkhole.

In February 2020, the Energy and Environment Cabinet Department for Environmental Protection again sent Tudor a notification of violation.

It stated that the investigation was due to “improper animal mortality handling and degradation from runoff” from the dairy.

Ed Smith has been an eyewitness to the extraordinary amount of dead cattle at Tudor Dairy.

“I would say over the past four or five years there’s been 100 cows that have died over there,” Smith said. “They lay there for days and sometimes weeks.”

A report from February 2020 also stated that “the manure lagoon does not have adequate freeboard and a depth marker is not installed. Proper operation and maintenance of the manure storage are not being implemented. Herd size and lagoon soil should be evaluated to ensure proper volume”.

In November 2020 yet another notice of violation was issued by the cabinet. This time “dead livestock was documented and no disposal records were available for inspection”. Documents from May 2021 revealed that none of these issues have been properly addressed. Also, it was noted that there was a “discharge of muck and manure running across the road”.

Thurman Smith Road is a county road, but is now often impassable because of the surface degradation and standing manure.

Judge/Executive Harold Stilts says the issue of the worsening conditions on the road has been an ongoing problem.

“They have a cattle feeder so close to the road, where the cows stand and eat, that we can’t do anything to repair the road until that issue is corrected. But once it is, we do have plans to resurface the road and make it passable and presentable again,” Stilts said.

Smith says that cattle are frequently standing in the roadway as well, and often trample yards, shrubs, and most concerning, a historic cemetery on the farm. 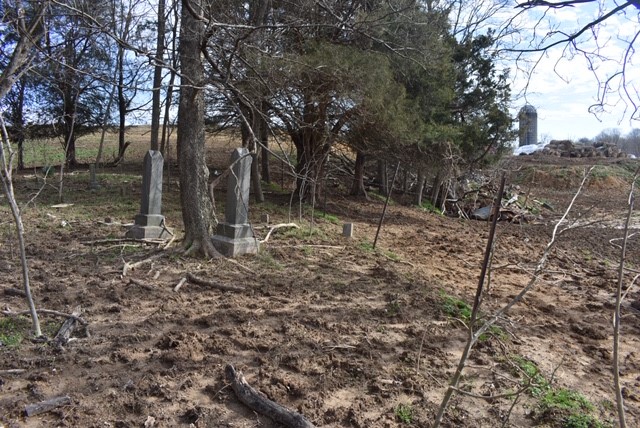 “When I owned the farm, I started taking care of that cemetery in 1974. I don’t have any kin in it, but I think it’s important to respect the dead. It was grassy. I kept it clean with a weed eater and fenced,” Smith said.

At one time he said there were as many as 50 standing gravestones. Over the past five years, the conditions have changed drastically, and now there are only four fully intact standing stones and an additional three or four partially intact stones. The graves have been trampled with hoof prints and the fences have been pushed down.

“Every couple of years people come from California to visit the cemetery. I hate to think what they will think if they come home this year,” he said.

Pointing towards the scant remains of the cemetery, Smith said, “Right is right, and wrong is wrong, and this is wrong.”

Smith says that all of the environmental violations have not only robbed the land of its integrity, but they’ve robbed him of much-needed income, because of the money he has to pay out of pocket.

Most recently he acquired an estimate to remove trash dumped on his daughter’s land and to repair her yard that was left damaged by cattle running free through it.

Smith presented two estimates of cost for such damage. To bury the trash, the estimate is $2,050. To repair his daughter’s yard, the estimate was $3,710. Smith says he plans to attempt to recover the cost in a civil suit.

In a brief phone conversation with Justin Tudor, he indicated that he plans to rectify the situation, and said, “I hope to have it cleaned up in a couple of weeks”.

Litigation from the Energy and Environment Cabinet Department for Environmental Protection is ongoing. The next court date is March 28, in Franklin County. 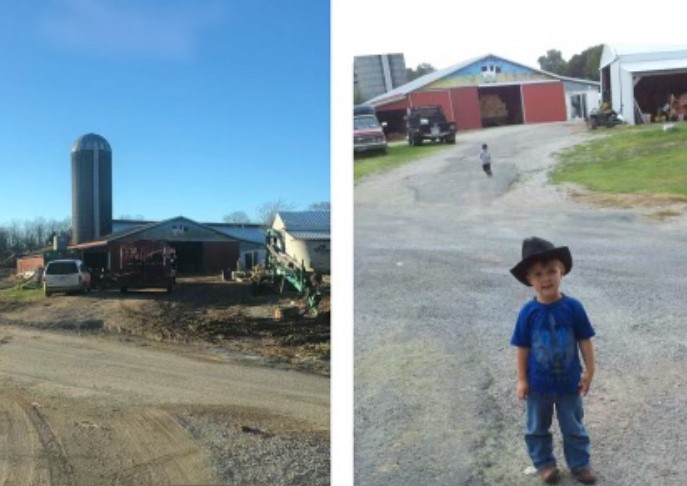 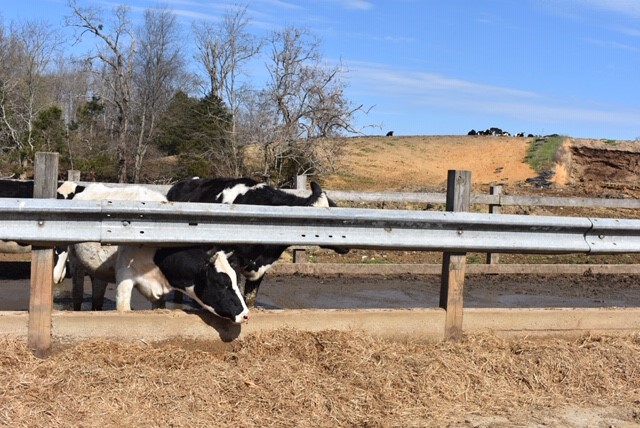 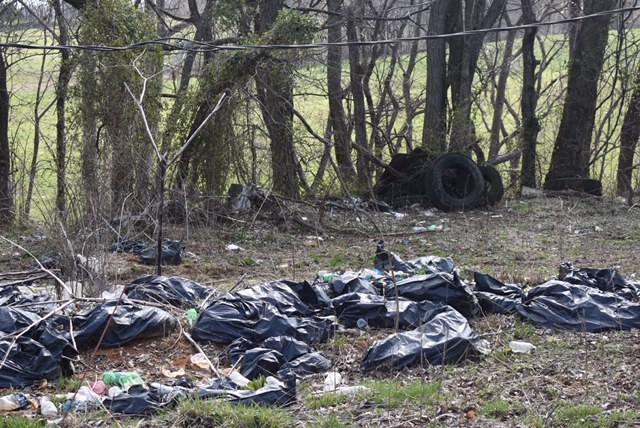 Trash dumped on the property of Ed Smith’s daughter. Photo by Jennifer Moonsong