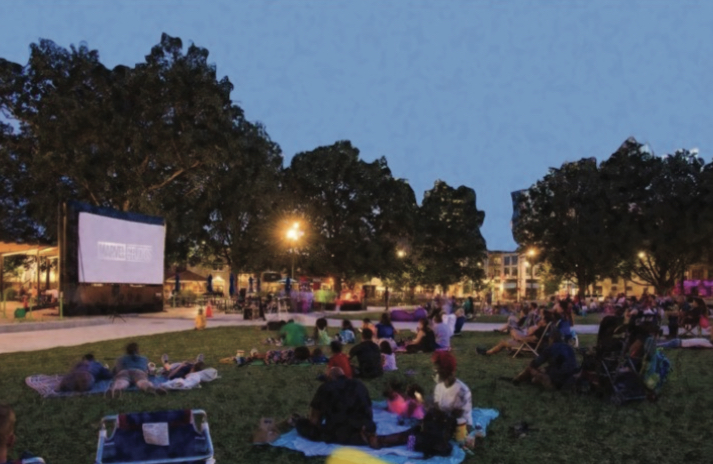 An actual photo provided showing an example of a green space suggested if chose to place one on the city owned property, but without a doubt the best use for the property would be multi-use development. At the time an Amphitheater (since removed) was being considered and it was suggested to move it off the main road.

The $30,000 question!  Will leadership listen to the actual survey results, cherry pick them, or ignore all together?

We have seen them spend $60,000 on a City Master Plan to only cherry pick it to find a single suggestion way down on the list to promote while ignoring numerous others before it. The only difference is the ones at the top of the list takes time and energy while the one they promote simply requires spending money.

We also have witnessed them spend $14,000 on another Glasgow Strategic Plan and ignore this report’s advice all together. They described the city-owned property beside the Dollar Store as having the best use as multi-purpose, mixed residential, and retail space. Interestingly the first thing suggested was establish a board of local realtors and property owners and let them do the analysis.  It actually suggests a public/private partnership with developers to build these type facilities and have a nice green space located behind it. At the time of release I reached out to three local developers and all said they would consider building if the city would offer the land.  This would cost the city very little and have a nice development creating tax income at no long term debt.  Advice paid for with tax dollars and not one single council member has referenced it in an open meeting.

Then comes the City Council hiring another company named Chandler Thinks for $30,000 to create a brand appeal for Glasgow. Councilman Terry Bunnell has been the driving force for this new study and expense.  (He coordinated a 50-50 private match to help reduce the city’s cost from approximately $30,000 down to less than half.)

Since back in August of 2021, owner Steve Chandler and his team have been collecting community data to determine the strengths and weaknesses of the community.

Chandler describes his work as “research-based”, further describing themselves as being “outsiders with the ability to engage the community and listen objectively.”

They surveyed 750 to 800 people and in my years of marketing with large newspapers would certify this number of contacts as an accurate representation.

The survey said: “People were positively in support of downtown growth and promoting the downtown image.”  This has been a quantifiable fact mentioned in every single report ever done.

This City Council has members serving decades, and in their entire tenure have not devoted a single dime in promoting, updating, or renovating downtown Glasgow. Will they listen?

In contrast, those surveyed expressed a lack of trust in local leaders. I’m certain this comes as no surprise to our readers. I believe setting goals to eliminate the closed meeting and hosting open community forums would help us all come together. I kid you not, Glasgow and certainly Barren County goes into closed session more than any community we serve with news.

Perhaps the best example just happened this week; a committee chairman and councilman spent much of the weekend on social media encouraging the community to come out and see a presentation that would help keep our young people in Glasgow after graduation, a grand promotion for the future of city.  Guess what?  You got it, they went into closed session.  Made no presentation at all.

We should encourage open group meetings and welcome participation. What is wrong with having time in a meeting ever so often allowing the community to speak?  I attended a meeting a few months back in which someone said we don’t want this information publicized because there will be upset people.

I absolutely agree. Not everyone will like all that is done but, if you are open and welcoming, the masses will support you. It’s when you hide the process and smack the community in the face with the decisions that will have them upset.  You would have to live under a rock to not know the masses were upset with the Glasgow Electric Plant Board locking into a 20-year Tennessee Valley Authority Agreement and that the murals of downtown Glasgow missed the mark terribly. Yet, our leadership doesn’t seem to care.

A final aspect of this study I feel is so very important when deciding on how to brand our city is to stop trying to change who we are but instead build upon it.

When I opened the brewery (Yancey’s Gastropub and Brewery) I chose the name because the downtown building has a history of being the Yancey building since 1929.  We name our craft beer after 1800 tobacco.  For the record, I have never smoked a cigarette in my life; further I hate that my mother died of complications associated with smoking.  Yet I am a proud Kentuckian living in a top tobacco producing county and chose to build upon who we are, not deny it.

We are a community with a bold agriculture history and natural beauty, and we also have recognizable Scottish roots. It may be easier for me to appreciate and recognize this because I’m an outsider. I know for a fact that me appreciating the Glasgow Scottish heritage doesn’t mean I am not a Barren County High School supporter.

I’ll forever remember asking someone working on murals why they never considered a Scottish theme and was told, “Some didn’t want BCHS alumni to be upset.”

Oh my Lord, please send us leaders who will listen or at least step out of the way. 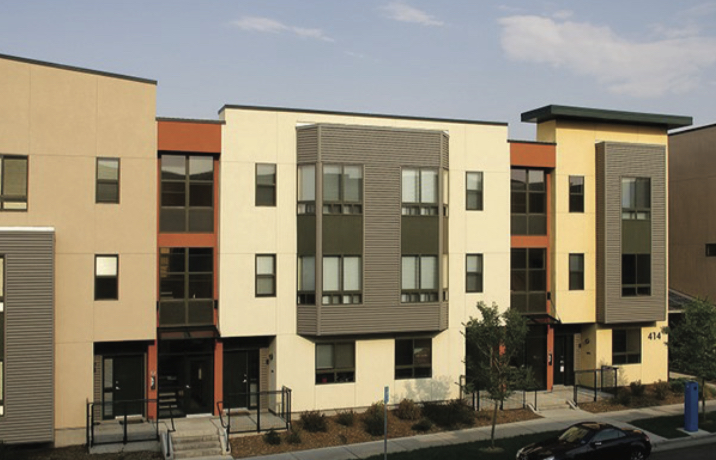 Actual photo provided in the $14,000 Strategic Plan. This is an example of the type development they felt would best serve downtown renovation. Multi-use residential on top floor and retail on bottom. A suggestion was made to approach local realtors and developers to partner on the projects.