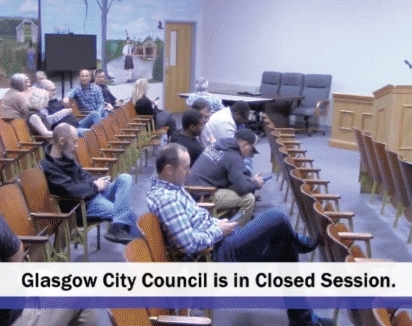 Glasgow City Council members spent about an hour in a closed session Monday night to discuss the current proposal for the development of a downtown park in Glasgow.

Wes Simpson, Chairman of the Downtown Park Steering Committee and leading the park project, told the council that the committee’s legal counsel, Jason Halligan, suggested the discussion should take place in a closed section.

Simpson cited KRS 61.810(1)(g), which provides context to the request. That specific law has a provision that allows closed sessions to take place if discussions concerning a specific proposal would jeopardize the siting, retention, expansion, or upgrading of the business, Simpson explained.

Simpson did not discuss any further information or details aside from the closed session request.

Patrick Gaunce and James Neal made first and second motions to enter closed session for further discussion. As some members were exiting the council chambers, Glasgow Mayor Harold Armstrong requested their return to vote to suspend the rules.

Upon the council’s return, no action was taken. Armstrong announced the closed session “was to look at some information about the downtown park” and that the amphitheater would no longer be included as any part of the project going forward.

The mayor also said the downtown park project will go through the finance committee with a new calculation of cost estimates. After that, the committee will either bring it back to the council for a vote or let it die.

“We’re better prepared to look at this after it comes through the finance committee,” Armstrong said.

The sole proposal the City received for the park project was in November 2021 from Scott, Murphy & Daniel Construction and was made public.

The council approved the following: 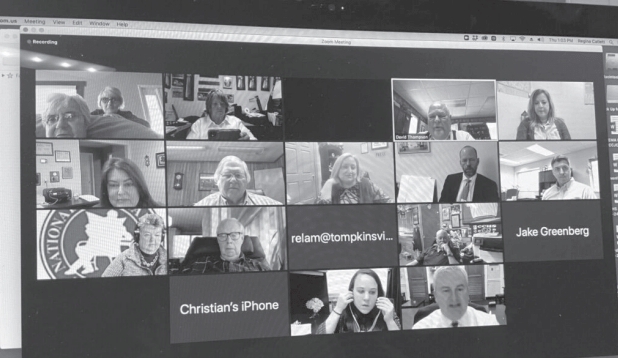