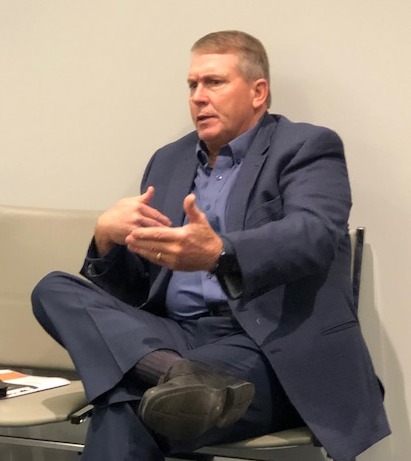 Horace Robertson asked the council questions on behalf of the fire departments. Photo by PJ Martin

The regular monthly meeting of the Edmonton City council was held on Monday, March 7th with all members present.

As discussed at the previous meetings, the Mayor is responsible for the appointment of the City Fire Chief per Kentucky Revised Statutes (KRS). In previous years, the chief and other officers were being selected by the fire departments at their board meeting. This process works well for the county fire department since it is a 501c3 non-profit, however, the city fire department is a Chapter 95 (KRS).

MCVFD Board Chairman Horace Robertson was in attendance to ask questions about the appointing of a chief and noted that the board had held their elections, “They just went ahead and elected like they always do,” adding that no one had told them otherwise. The board of directors had reappointed Jerry Clemmons as Edmonton Fire Chief the previous night.

City Attorney Brian Pack stated, “They don’t have the power to do that,” referring to the fire department’s board reappointment.

Robertson explained, “They don’t know any other way to go about it, because they’ve not got any direction on what’s gonna happen or anything…they just went ahead held the regular election they always have not knowing what you guys were required to do now or have to do now to satisfy your chapter 95 or what you have to do.”

There have to be elected officials listed on the books in order to fill out all the paperwork at the fire department for the hours and the state aide according to Robertson.

Each council member was given a copy of the Fire Chief’s job description to read and once the job is advertised, applications will be taken, and Mayor Smith will choose the City Fire Chief.

Chief Clemmons has the option of applying for the job and was given an application.

BRADD Executive Director Eric Sexton was on hand to present highlights of the Strategic Plan, the Hazard Mitigation update, and also answer any questions from the council. The Fiscal Court had already approved the plans for the county. 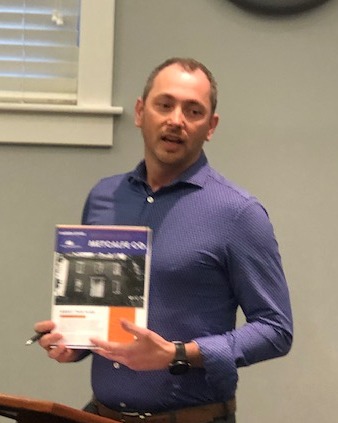 The Edmonton Fire Chief Jerry Clemmons presented the February runs as 5 medical, 4 lift assists, and 1 public service for a total of 10 runs.

ABC Administrator Fred Ray reported that the Mexican Restaurant’s new owner had applied for their alcohol license and that Family Dollar had also applied for a license. Both are currently waiting for their state and city licenses.

Chief Delaney stated that the new weapons for the department had arrived and asked that the old weapons be surplused and if the officers could be given the first chance at purchasing them.

The council approved a set of policies for the usage of the Wallace Rescue House. The house is offered to families or individuals who have suffered a disaster such as a house fire, flood, etc. Due to a past issue, it was necessary to create a set of rules and policies to keep the house and its furnishings available for future emergency use.

The next scheduled meeting is April 4, 2022, at the Edmonton City Hall.