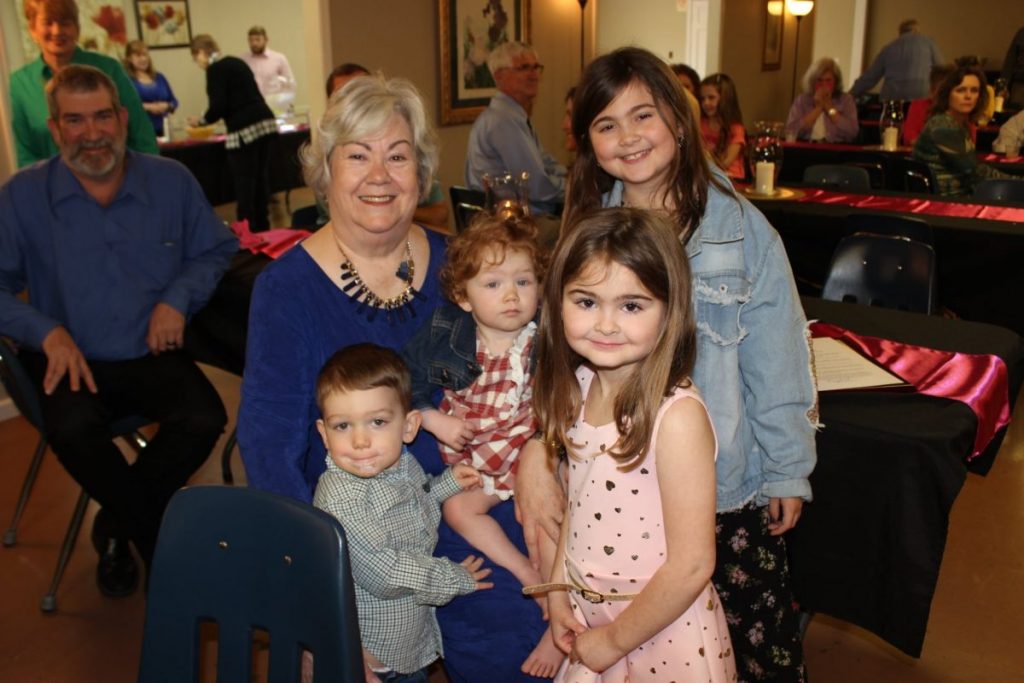 Gaye and four of her nine grandchildren. Photo Edmonton-Metcalfe Chamber of Commerce

On Sunday, March 6th, the community came out to wish Gaye Shaw a happy retirement. The celebration was held at the Leftwich House at Bowling Park.

A steady stream of well-wishers attended to bid her well on her retirement. The crowd spent time taking photos, sharing memories, and enjoying refreshments.

To honor Gaye, proclamations were presented from the City of Edmonton and Metcalfe County, plus she received a letter from Congressman James Comer.

After 27 years as the Executive Director of the Edmonton Metcalfe Chamber of Commerce, Gaye announced her retirement last year and her successor Kim Harwood was chosen.

Although she is still assisting in the office a couple of days a week for a bit longer, Gaye intends to spend her retirement time with her grandchildren and tending to her many flowers.

Even though we will miss her very much, we still want to wish Gaye a Happy Retirement! 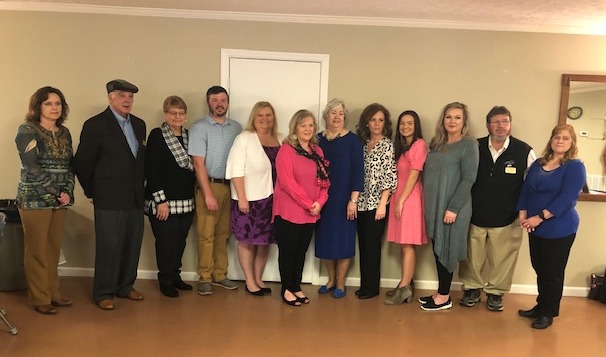 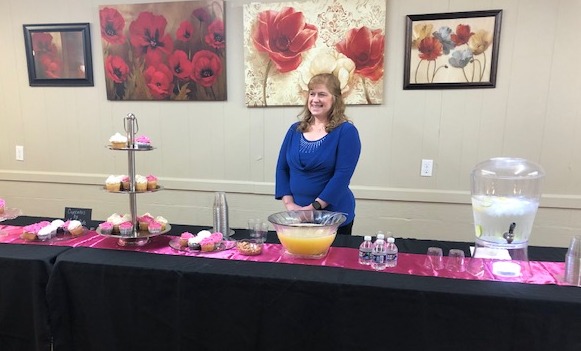 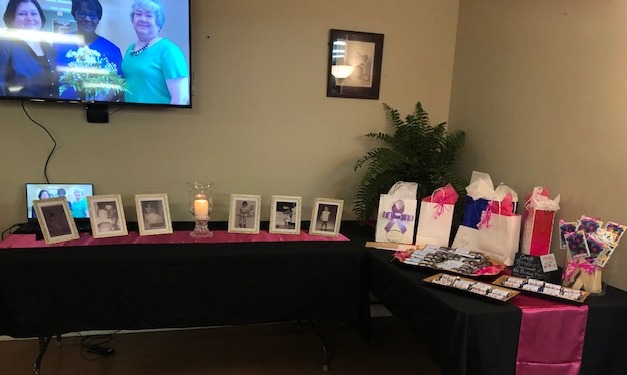 A table displaying photos and several friends left gifts. A slideshow of photo memories played on the TV screen. Photo by PJ Martin 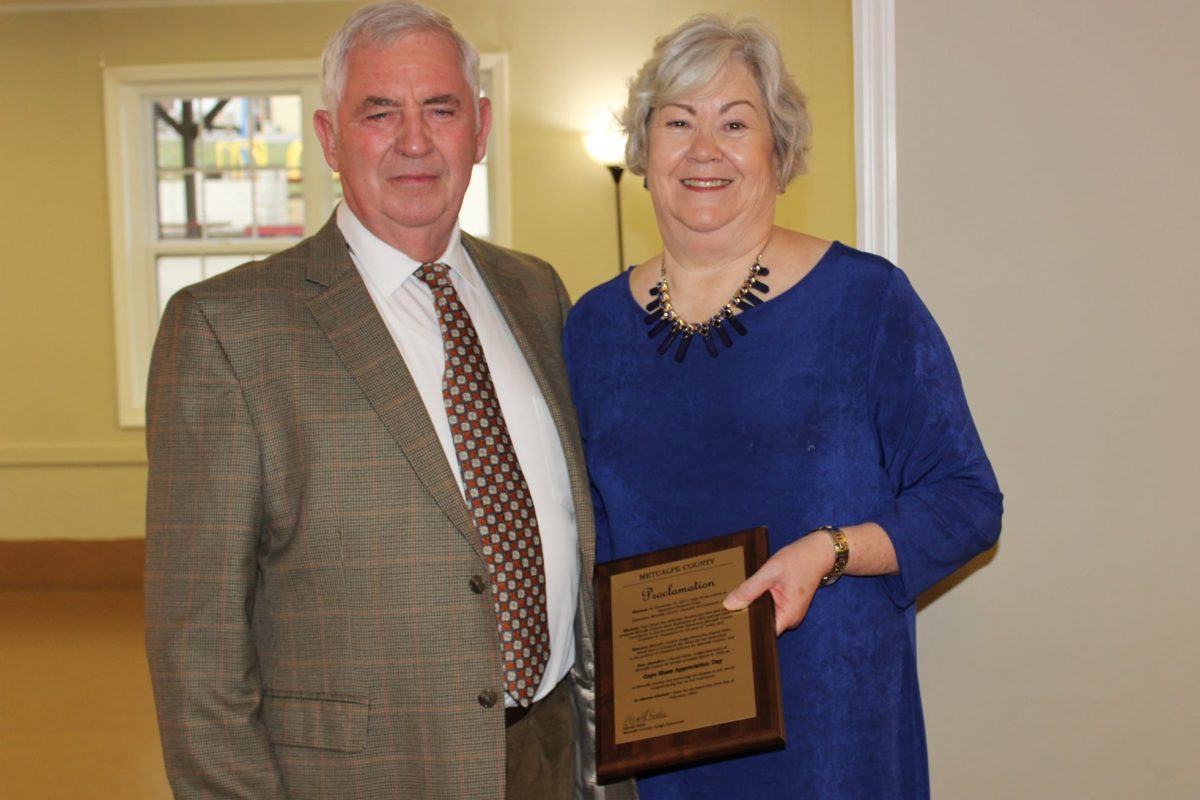