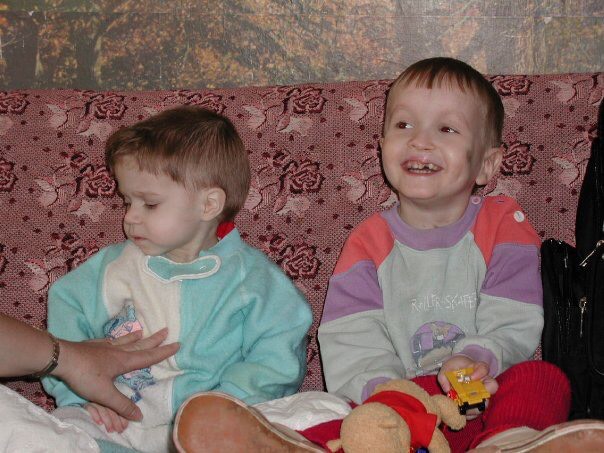 This photo was taken of Lucas and Jonathan the first time they were together in the Kharkiv orphanage of Ukraine. Photo submitted.

The distance between Indiana and Ukraine is approximately 5,212 miles. When traveling in an airplane, it would take approximately 10 hours and 46 minutes for someone from the Hoosier State to land in the European country.

Deborah Sue Buckwalter, a native of Barren County, made such a flight 20 years ago.

In 2002, Buckwalter and her then husband were living in a rural area of Indiana. They had been married for several years but were unable to have children. That’s when they turned to adoption.

“I tried two domestic (U.S.) adoptions, and both fell through as the birth mothers changed their minds and decided to keep the children,” Buckwalter said.

That’s when Buckwalter’s then husband suggested adopting a child from Ukraine.

“We knew the Ukrainian children were in orphanages, and the birth parents had given up all their rights to the children,” Buckwalter said. “…We researched and found a Christian adoption agency located in South Carolina called Carolina Hope Christian Adoption Agency. Traveling to a foreign country to adopt children was not something I ever saw myself doing, but I did, and I’m forever grateful that God blessed me with the opportunity.”

The couple landed in Kiev, Ukraine, and then traveled by overnight train to the city of Kharkiv to adopt their children.

According to Buckwalter, being in the Ukraine in 2002 was like stepping back 20 years in time. Many of the vehicles were small and older models, but one thing wasn’t out of date: the hospitality of the Ukrainian people.

“Orthodox Easter happened while we were there, and the locals were very welcoming, even inviting us into their homes and to share their meal with us,” Buckwalter said. “We had the opportunity to visit some of the Orthodox churches, and they were beautiful, very ornate.”

“When they (the Ukrainians) found out we were there to adopt children, they would go out of their way to assist you any way they could,” she added.

The two children that Buckwalter and her then husband adopted were not biologically brothers. The oldest, whom they named Jonathan, was five-and-a-half years old at the time of the adoption. The youngest, whom they named Lucas, was just under the age of five.

“Both boys had been given up at birth,” Buckwalter said. “Jonathan because he had a cleft palate and cleft lip. Lucas because he was the seventh child and his birth parents couldn’t keep him…Lucas was kept in a crib, rarely held…(He) was very malnourished and small in stature. He had rickets and some health issues, but once I met him, I knew he was coming home with me. He only weighed 16 pounds, wore size nine-month clothes, did not walk, talk, and was still in a diaper. He was labeled as a failure to thrive, but it didn’t matter. I couldn’t leave him there.”

The orphanage that Buckwalter and her then husband adopted their sons from was very poor. There was not enough medication to go around for all the children.

“Lucas was denied any form of medication because they did not think his chances of survival were high enough,” Buckwalter said.

The couple remained in Ukraine for three weeks and were then in Warsaw, Poland for four days before returning home with their sons.

“Once we got them home, the boys both thrived,” Buckwalter said. “…We were able to petition the court to adjust Lucas’ birth year by two years to allow him some time to grow and catch up developmentally, so his birth year went from 1997 to 1999.”

Buckwalter’s adoption trip to Ukraine was 20 years ago. Much has changed throughout the world since that time, as Russia has recently invaded Ukraine.

“Watching what’s happening in Ukraine (now) has been hard, thinking about the children I saw in the orphanage that I didn’t adopt,” Buckwalter said. “Where are they now? I’m so thankful that my children aren’t having to endure the hardships of the Ukrainian people. My hope is that God will intervene and spare these precious people.”

Buckwalter and her sons’ father divorced 10 years ago. Lucas, now legally 22-years-old, still lives with Buckwalter. Jonathan lives in Florida with his father.

“They have been such a blessing to me, and I love them with all my heart,” Buckwalter said of her sons. “I can’t imagine a time when I wasn’t their mother. I praise God for allowing me to adopt these two precious boys.” 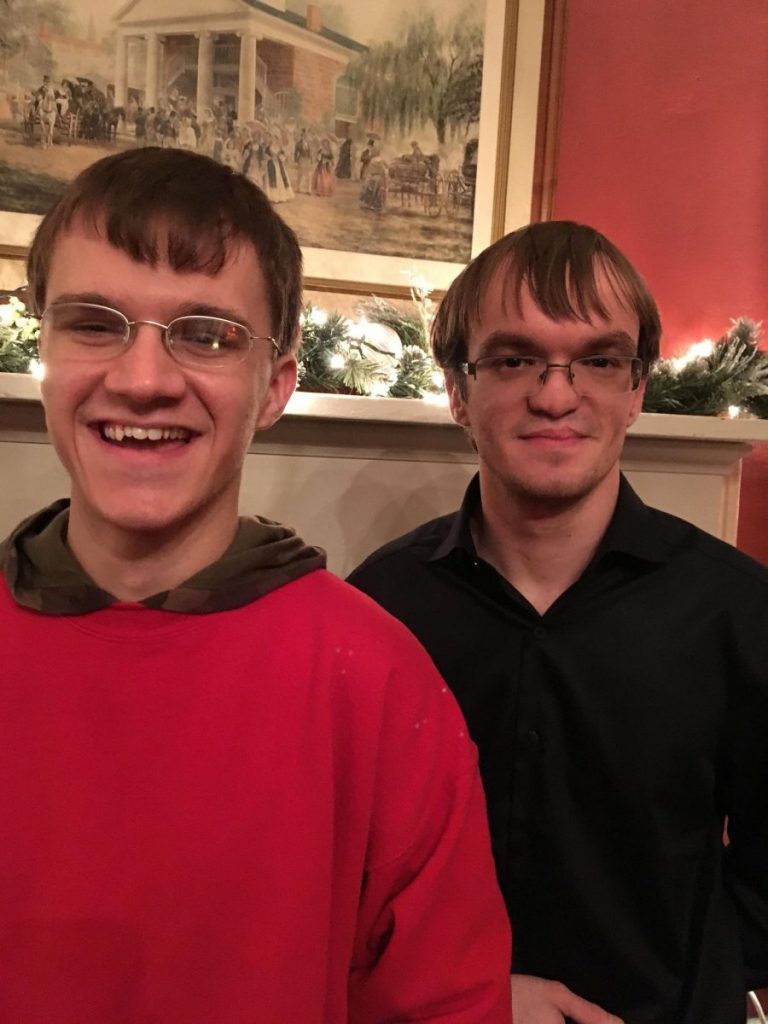 Lucas and Jonathan were adopted from Ukraine 20 years ago. Photo submitted. 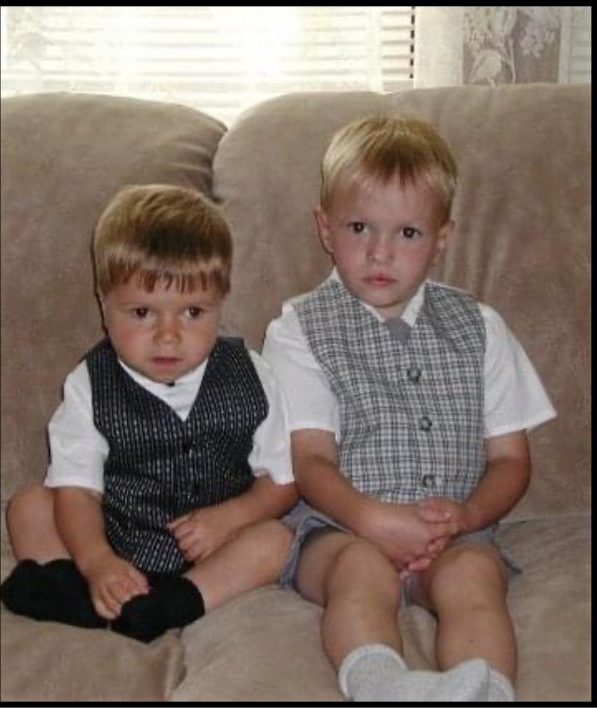