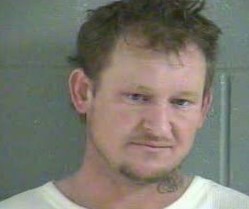 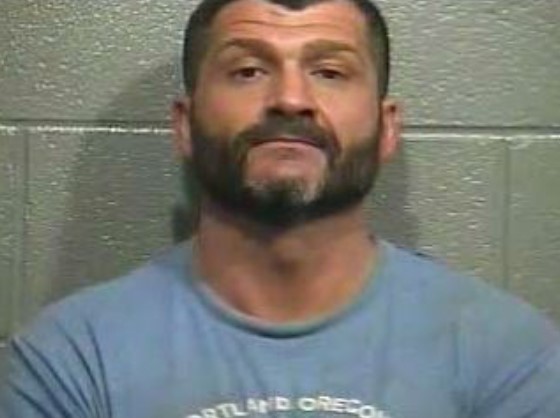 On Tuesday Metcalfe County Sheriff’s Office Deputy Jarrod Steele made a meth arrest as a result of a traffic stop.

The incident began when a 2014 Chevy Silverado was stopped on South Main Street in Edmonton for a traffic violation.

While attempting to identify the occupants of the vehicle, Steele noted that a passenger inside the vehicle was becoming uncooperative, and agitated. The passenger was Joseph Crowe of Tompkinsville.  Crowe was identified as the owner of the vehicle.

Deputy Steele then developed suspicion that the vehicle was transporting illegal substances.

When Deputy Steele then requested Crowe exit the vehicle so that he could conduct a more thorough inspection, Crowe tries to run, but was quickly caught and detained by the officers.

Following the altercation, it was discovered that Crowe possessed a large amount of methamphetamine on his person.

Following investigation, the operator of the vehicle was cited for various traffic offenses. Crowe’s vehicle was seized by the MCSO.

On Sunday, Metcalfe County Sheriff’s Office was notified of a trespassing complaint at a home near the Center community and discovered a man who thought he was at another address in Munfordsville. The incident resulted in a drug arrest.

Deputy Jarrod Steele responded to the complaint to investigate. The property owner stated they returned home and discovered someone inside the house.

Upon arrival, Deputy Steele observed a 2010 Ford Escape in the driveway with marijuana and drug paraphernalia in plain view inside the passenger compartment. Deputy Steele discovered Rocky R. McCoy inside the residence sleeping on the couch and determined that McCoy had arrived at the residence by mistake.  McCoy appeared to be under the influence of controlled substances.  McCoy was placed under arrest.  A search of McCoy resulted in methamphetamine, prescription-controlled substances, and additional drug paraphernalia being found on his person.

Crowe and McCoy were both lodged in the Barren County Correctional Facility.

Both incidents remain under investigation by Deputy Jarrod Steele.