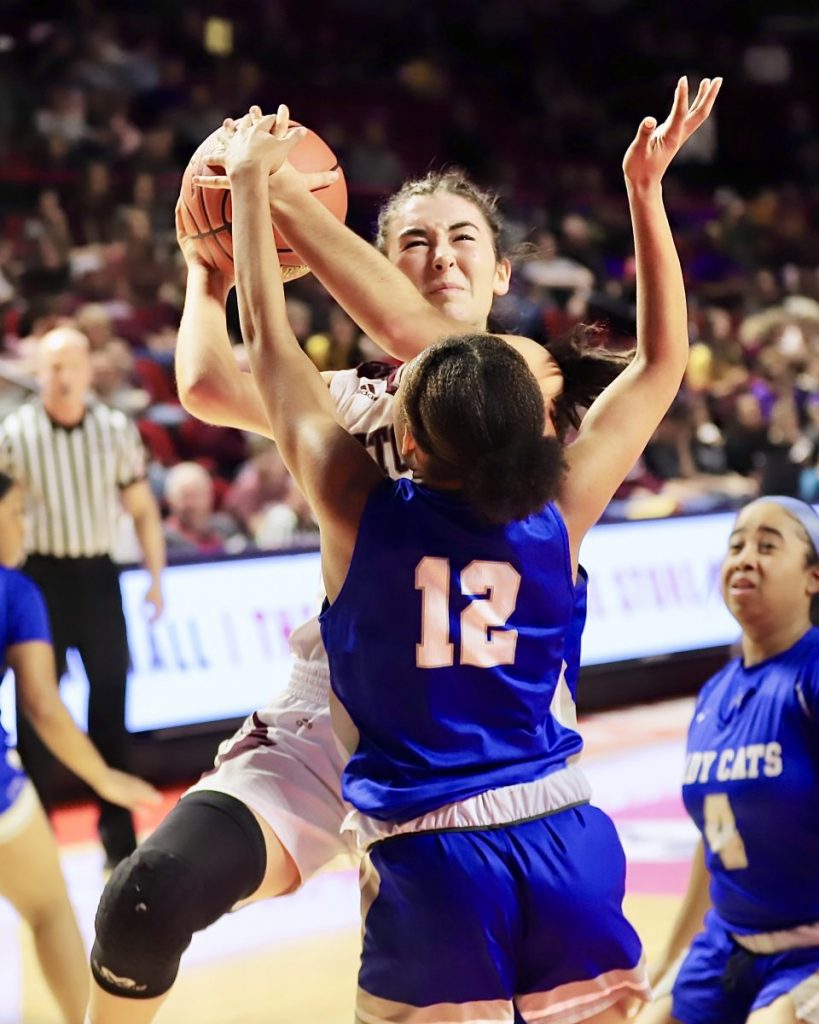 Anna Grace Blythe fights her way to the basket to draw the foul against Lady Wildcat Ashanti Johnson. Photo by Johnnie Tarter

Metcalfe County fans showed up to show support and cheer on their Lady Hornets during their 4th Region Tournament run. The Lady Hornets took the first-round win against the Monroe County Lady Falcons, 59-49.

Freshman Kassady London led Metcalfe with 24 points and 4 steals. Anna Grace Blythe pulled down 12 rebounds. The Lady Hornets then started to prepare for their semi-final game where they’d face 23-3 Franklin-Simpson.

Metcalfe had to try to mentally overcome a couple of tragic events the community faced toward the end of the week. During their post-game interview, both Seniors Braelyn Davis and Jaycie Harper, both summed it up in 3 powerfully combined words “We are family”.  Davis went on to add “When something happens it happens to us all”. Metcalfe is a very close-knit community that sticks together when tragedy strikes and backs their student athletes in all sport programs.

The Lady Hornets has had a season to be proud of. “Everyone wants to play in the championship game. We made a run we shouldn’t be disappointed in.”

Head Coach Greg Stephens told media after the game. With 24 turnovers, 7 missed free throws, shooting only 22.5% field goal, and only hitting 3 out of 19 3-point attempts, Franklin-Simpson just shut Metcalfe down. With the season over both Hornet and Lady Hornet Basketball will look to the 2022-23 season holds in store for the programs. For their 4th Region run Freshman Kassady London led the Lady Hornets with 31 total points. Senior Jaycie Harper had 16 points, Senior Braelyn Davis had 13 points, Aubrey Glass 11 points, and Anna Grace Blythe pulled down 19 rebounds to finish out the tournament. 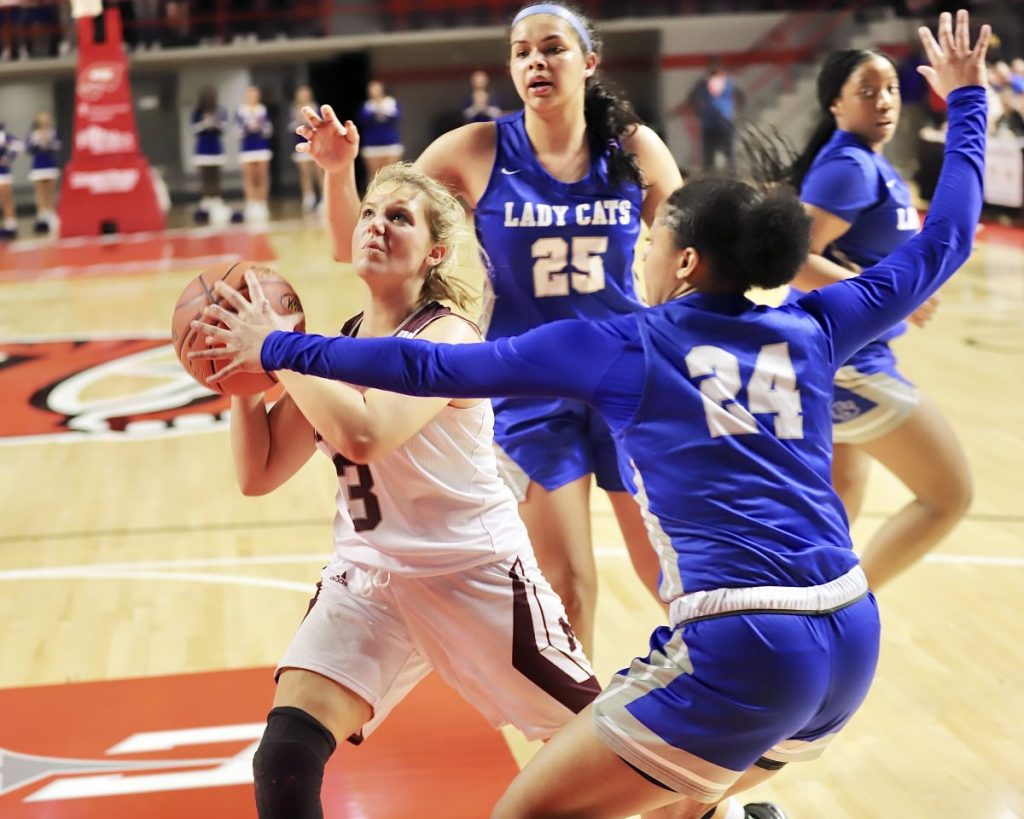 Aubrey Glass fights her way through a double team Lady Cats defense to make her way to the basket. Photo by Johnnie Tarter 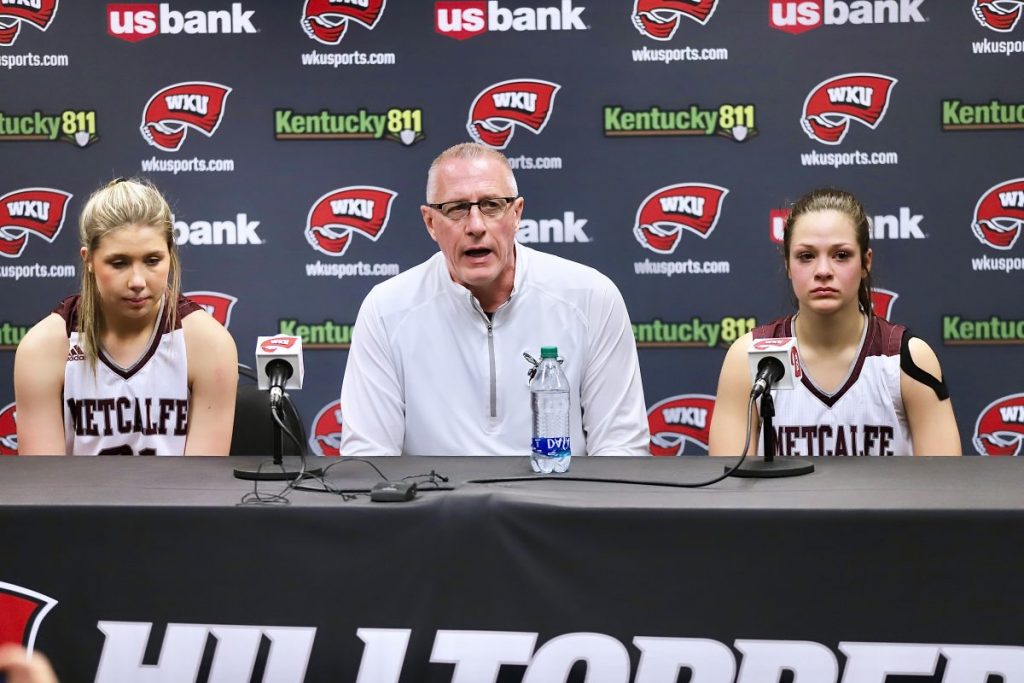 During the post-game interview, Lady Hornet Head Coach Greg Stephens along with seniors Jaycie Harper and Braelyn Davis take questions from the media to wrap up their season. Photo by Johnnie Tarte 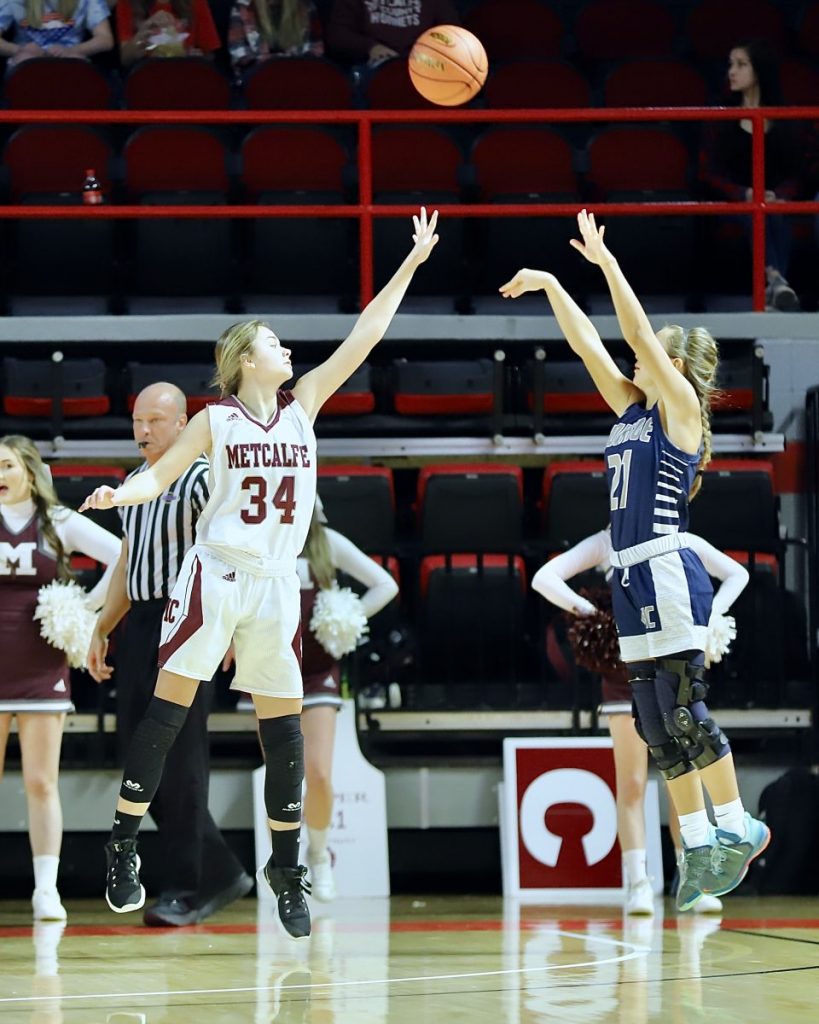 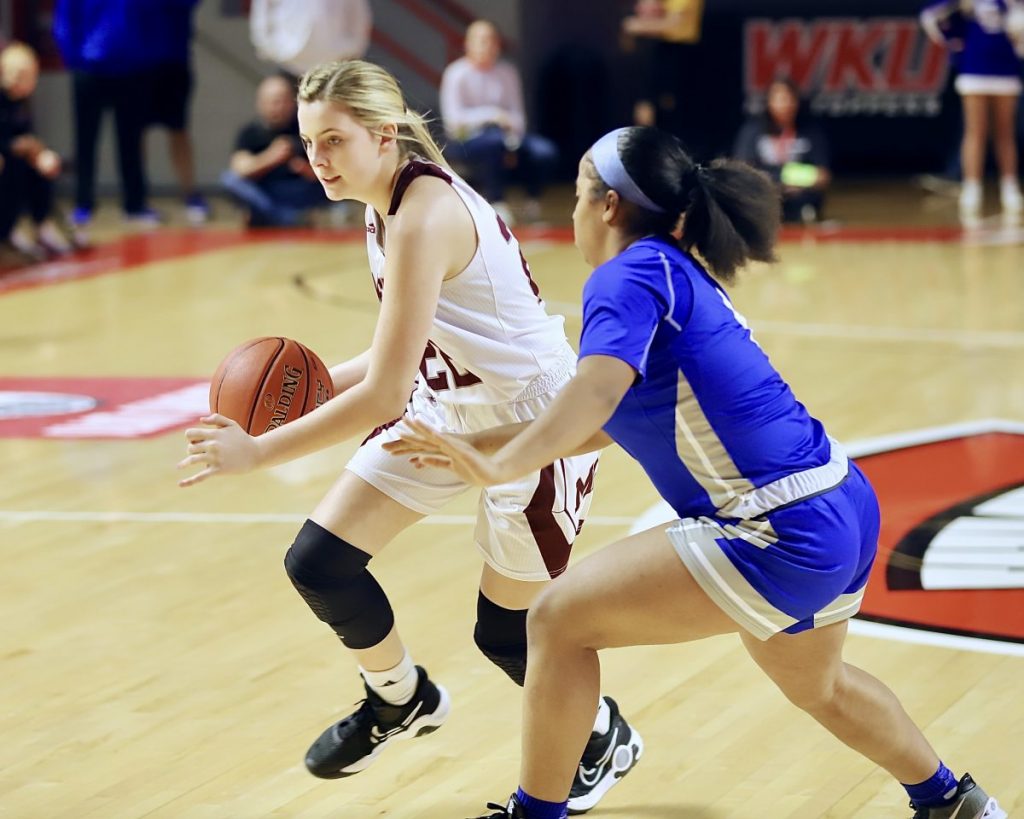 Lady Hornet Jozie Allen eases her way around a tough Franklin-Simpson defense during the Region semi-finals at Diddle Arena. Photo by Johnnie Tarter 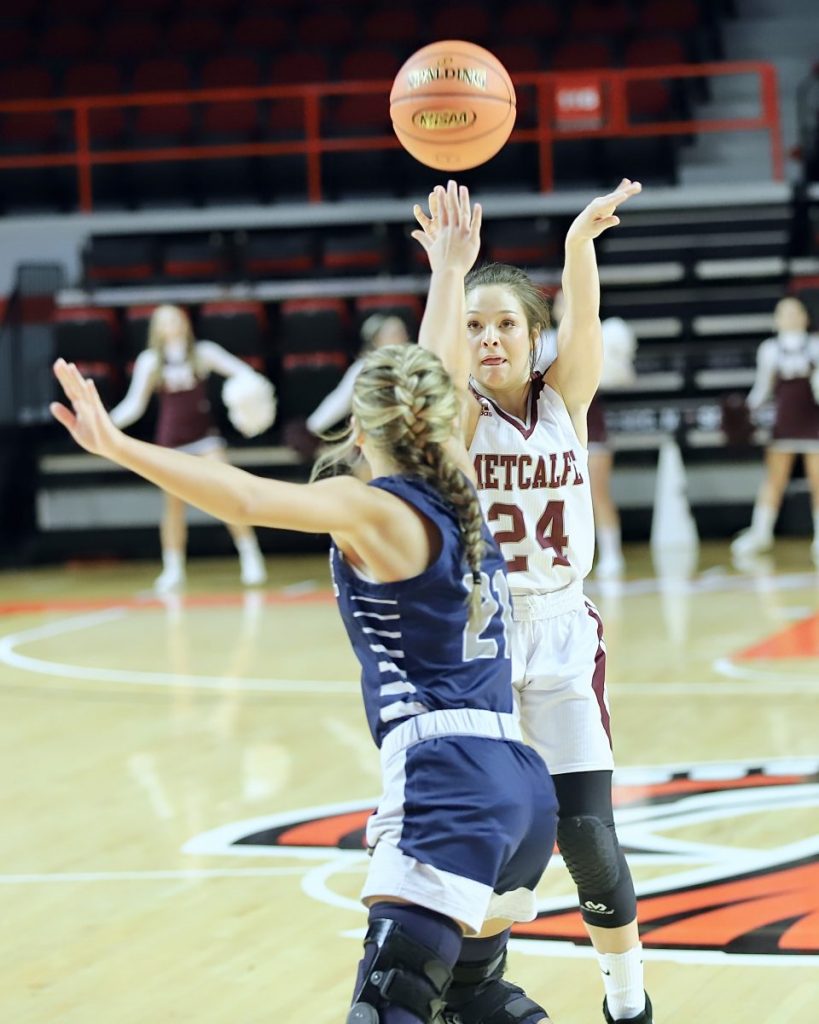 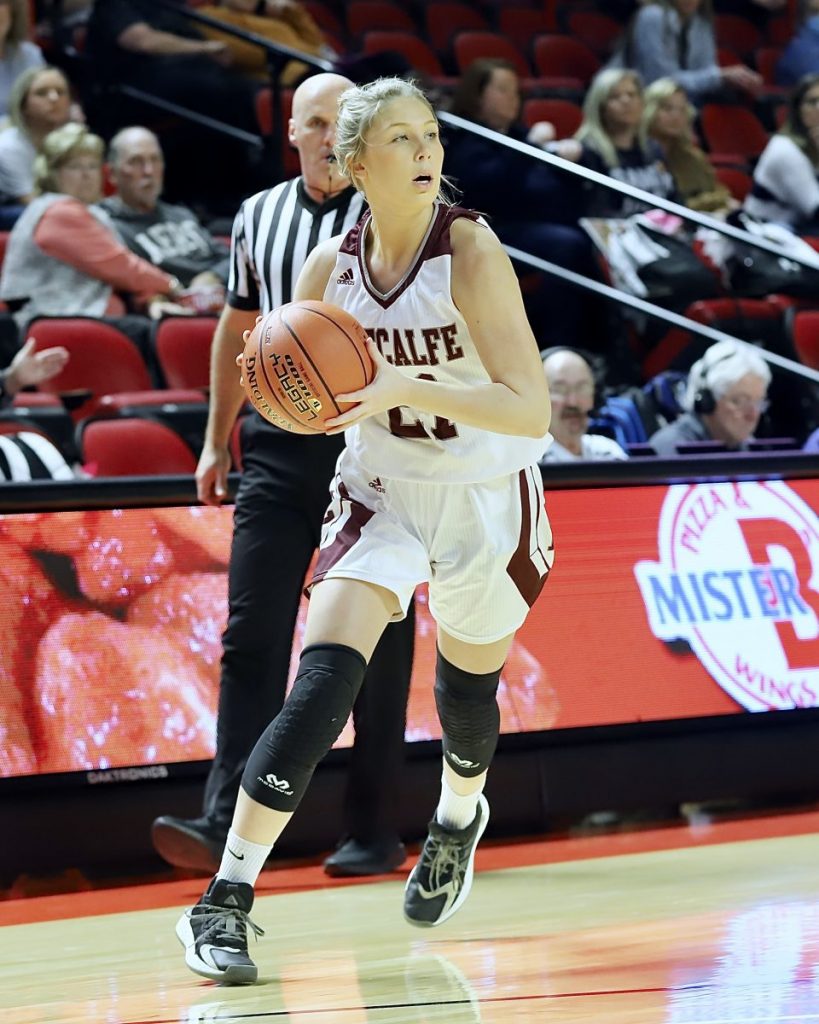 Senior Jaycie Harper looks for a open teammate. Harper had 14 points, 4 rebounds, 2 steals, and 2 blocks in their 1st round 4th Regions play against neighboring Monroe County. Photo by Johnnie Tarter 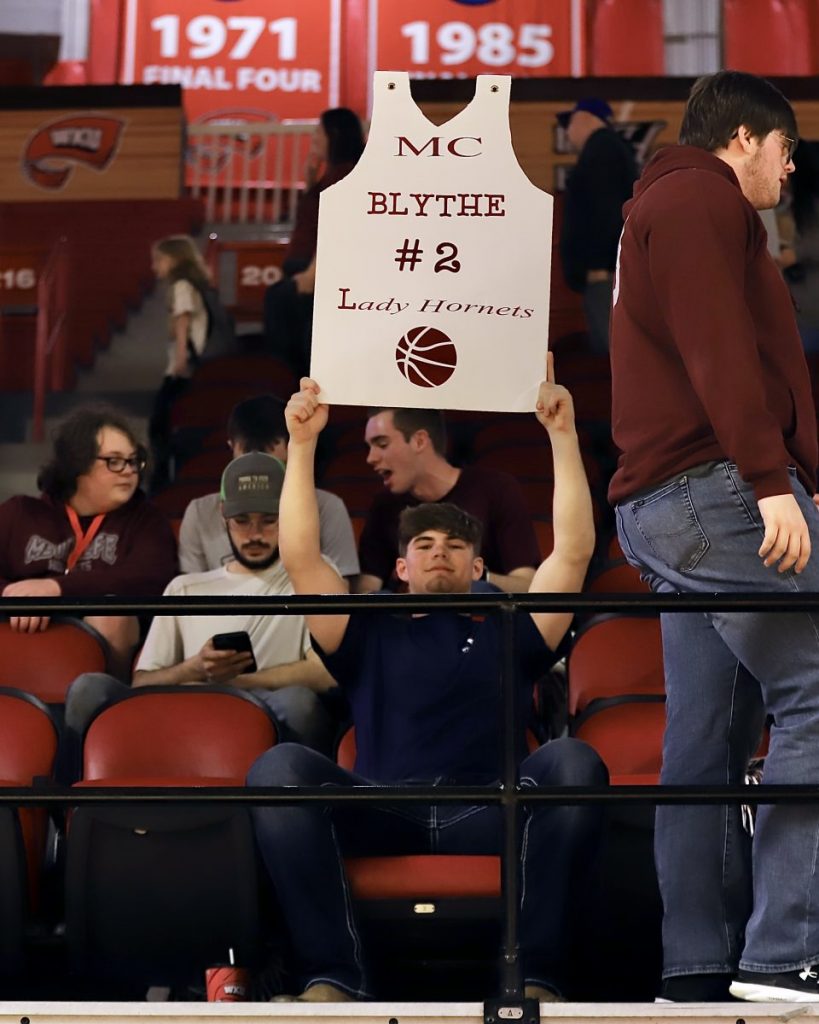 Hornet Nation didn’t disappoint. They turned out to show their support and the student pep section was no exception. Here CT Branstetter holds up a sign showing his support. Photo by Johnnie Tarter 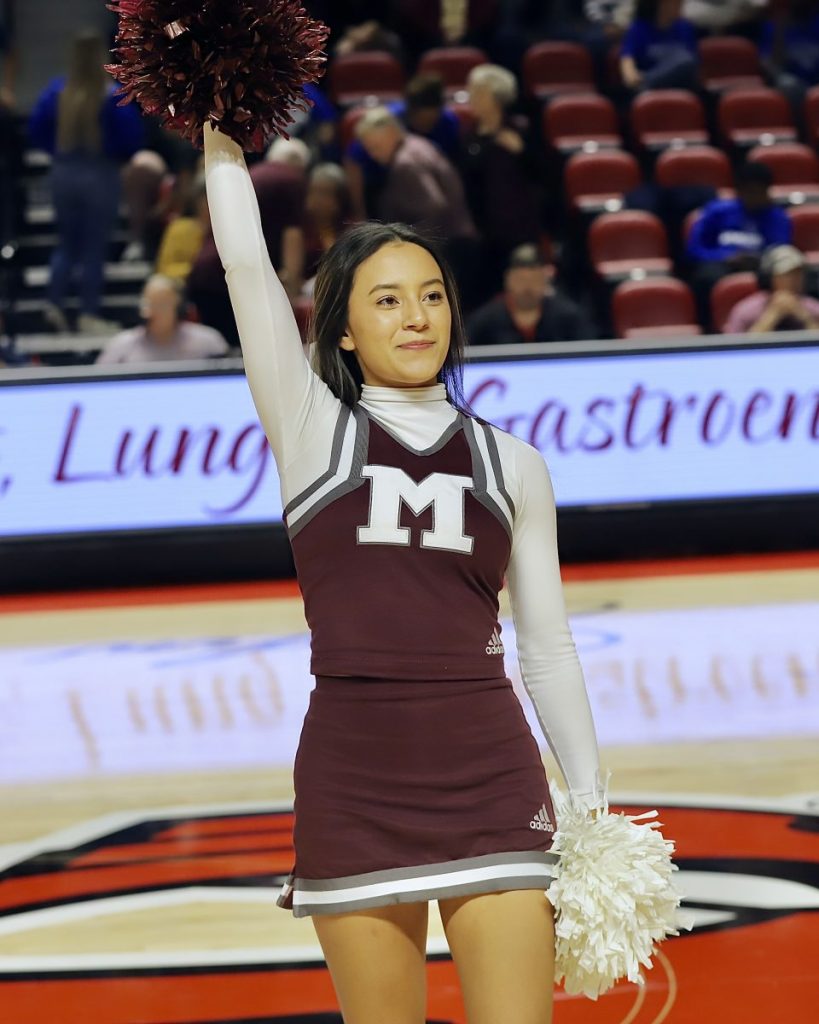 Senior Cheerleader Carlie Howard cheers in front of the crowd during halftime of the 4th Region semi-final game between Metcalfe & Franklin-Simpson. Photo by Johnnie Tarter