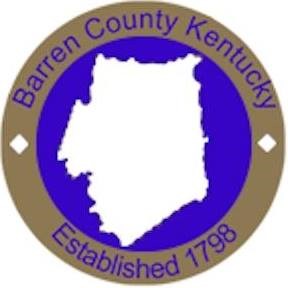 Barren Fiscal Court opened last week’s regular meeting with a moment of silence in honor of the passing of former Property Valuation Administrator Brad Bailey before moving to a lengthy agenda.

County Clerk Helena Birdwell said the anticipated 40% increase on vehicle property tax has been addressed with state legislatures in House Bill 6. HB 6 is currently awaiting Senate approval, but when passed, will decrease that percentage by 20% and will be retroactive for those who have already paid their property taxes as of Jan. 1.

Birdwell said it should return to the 2021 tax amounts paid listed on your registration paperwork. Birdwell also cautioned citizens there could be waiting lines for renewals in March with an expected 10,000 renewals due.

Kentucky Governor Andy Beshear, through executive order on Feb. 16, ordered a temporary measure with a two-year freeze to keep the taxable value of motor vehicles at the 2021 levels. Beshear also said refunds for those who have already paid would be issued within 180 days.

Barren Sheriff Kent Keen told the court his office has collected 95% of the $29-million dollars in taxes the sheriff’s office is responsible to collect. By the year-end of 2021, 89% of that had already been collected. As of Jan. 29, Keen said his office has spent 53% of the fiscal year budget, a slight decrease from a normal 58%.

Keen addressed the court regarding the purchase of two fleet vehicles. Keen said the procurement process will change in July and there are currently 60 unallocated vehicles for purchase. Prices are also expected to increase. Magistrate Trent Riddle made a motion to accept the sheriff’s request explaining the money is in Keen’s budget and the vehicles are needed. With a current $125,000 budget for vehicle equipment, Magistrate Carl Dickerson suggested including three vehicle purchases rather than two since the costs are expected to increase later. The amended motion passed unanimously.

Emergency Management Director Tracy Shirley said the department has used 42.2% of their fiscal year 2021-22 budget. Shirley also reported the department is working with KYEM and FEMA on the Emergency Declaration (DR-4630KY) from the Dec. 11, 2021, tornado that damaged areas from Park City through State Quarry Road, Herbert Turner Road, and Cave City. Shirley also confirmed an EF-1 tornado on Jan. 11, 2022, from Carden Road to Hiseville and damages occurred to many agricultural areas, Hiseville Cemetery, as well as houses, and businesses. No emergency declaration was given for the Jan. tornado.

Due to the December severe weather, the Hiseville tornado siren was lost and the department is currently working to replace it with a working siren. Parts are currently on order to repair the Green Valley Siren, which will rotate but no sound is coming through the siren. Shirley said all other sirens are working as they should be.

“We will not get a declaration on [because] there was just not enough damage per population,” Shirley said.

Shirley also reported the Emergency Management Team responded to assist in a missing person report on 12/31/2022 at Barren River State Park. They worked alongside Kentucky State Police and State Park departments and the autistic gentleman was found rather quickly.

Solid Waste Director Julie Cummins said the department has spent 50% of its allocated budget. She also reported that using grant money, a 6×12 single axle trailer with four-foot mesh sides and a spring-loaded back gate was purchased for the jail crews who pick up trash. Cummins said the jail crew has done amazing work cleaning up state and county roads with most days totaling over 100 bags of garbage.

During the last quarter, Cummins said between her department and other departments, they have taken in over 16 tons of garbage and dumped items such as couches and mattresses. Cummins said this is telling of a larger problem with people dumping garbage out into the county. The local YMCA also participated in a 3-mile garbage pick-up and earned $300 for that. Clean-up week for 2022 is scheduled to start March 28 through April 1.

County Judge/Executive Micheal Hale reported that the judge’s office and county treasurer is at 55.82% of their budget. Hale said monies have been spent for computer software, software maintenance, bonds and securities, renewals, repairs, telephones, office equipment, and three salaries.

Magistrate and Building Property Committee Chairman Tim Coomer updated the court on current projects. Coomer said the existing courthouse, despite having a new roof two or three years ago, is leaking in the porch area. Plans to work with the historical society and seek cost estimates for repair will begin. Coomer responded to Magistrate Mark Bowman’s inquiry that information would be submitted to the Administrative of Courts for the repairs.

Coomer also reported the Barren County Child Support Office currently being constructed adjacent to the County Attorney’s Office still has some quirks to be worked out.

Barren County Jailer Aaron Bennett gave an update for the Jail Committee in Chair Sartin’s absence. Bennett said the inmates at the detention center are increasing in participation with the classes established that help individuals The increase includes 119 participants in the Moral Reconation Therapy (MRT), up from 99 in the prior quarter. MRT helps with a wide range of issues including substance abuse, domestic violence, job skills, parenting, etc. Parenting classes increased from 60 to 85. Anger management increased almost 50% from 53 participants to 94. The jail is at 48.82% of their budget, which equates to roughly 10% lower than the expected budget.

Chair Riddle of the ARPA Committee, or the American Rescue Plan Act, said the meeting discussions included how to distribute the $1-million earmarked funds for the healthcare sector. It is anticipated healthcare professionals will be partaking in future meetings who have volunteered to help with the distribution plans. Regarding the earmarked $500,000 for the healthcare sector, Riddle said ideas are flowing around scholarships, sign-on bonuses, and balances, but no firm decisions have been made.

Chairman Riddle of the Parks and Recreation Committee made a motion to give the authority to the judge and staff to put the drainage repair for Jackie Browning Park out to bid. Riddle said the county has a grant of $27,275.00 to use for the repair, but additional work will be a part of the park updates, which will include additional parking along the football field.

No comments were brought forth in a public hearing for the approximate .15 miles on Quarry Road and the court approved to close that portion of the road, which is located off Green Valley Road.

In a 5-1 vote to ratify term years for Ambulance Service Corporation Board members from one-year appointments for Fay Neal (increased to a two-year term) and Jackie Brown (increased to three-year term) to alleviate terms ending simultaneously—Magistrate Carl Dickerson voted no to the ratification.

Unanimous approval to pay an additional $483.31 to Glasgow Electric Plant Board for the courthouse LED lighting project due to increased material costs since the original estimate in Sept. 2021—total cost for material and labor: $2,584.18.

The court went into a closed session pursuant to KRS for deliberations of the future sale of real property by a public agency. Following that, Riddle made a motion to authorize Hale and Bowman to negotiate the sale of two small county-owned tracts on Oil City Road. Motion passed unanimously.