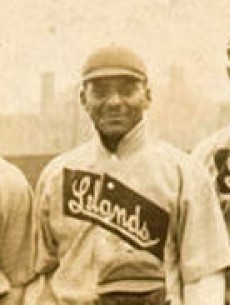 However, one local-born player that most have never even heard of made it to the big leagues. He was born in nearby Summer Shade, Kentucky. His name is Charles “Pat” Douglas Dougherty and he was born on October 26, 1879.

Dougherty played for the Leland Giants from 1909 until 1911, before moving to the Chicago American Giants, which were later renamed the Chicago Giants, playing from 1911 to 1915. He played the positions of starting pitcher and right fielder.

Back then a player could earn a monthly salary between $100 and $400 depending on how important they were to that team’s success. That’s a far cry from the million players make today.

But no matter how skilled a black, Hispanic, or Chinese player was, they couldn’t play on a white team. Back in those days, everything was segregated and racism was everywhere, even in sports.

In 1913, while playing for the Chicago Giants, Dougherty pitched a no-hitter and was considered one of the best left-handed pitchers during his prominent years.

In a book by Leslie A. Heaphy entitled Black Baseball and Chicago, it states that Dougherty set a record of 19 consecutive victories. That led to the newspapers labeling him the “Black Marquard”, after Hall of Famer Rube Marquard.

Sportswriter Jimmy Smith who was also a fellow player put Dougherty on his 1909 “All American Team.”

Sadly, a few years after Dougherty retired in 1915, the Negro National League (NNL) was formed. It was led by Rube Foster who owned and managed the Chicago American Giants, the same team Dougherty had played for. The NNL was established on February 13, 1920, by a combination of team owners at a meeting in a Kansas City YMCA.

The NNL was a huge step forward in history because it paved the way for greats like Jackie Robinson who played for the Brooklyn Dodgers. It gave minority players the recognition and chances they had been deprived of prior.

At only 59 years old Charles Dougherty passed away on July 12, 1939, at his home in Chicago after a short illness. He is buried in Lincoln Cemetery located at Blue Island, Illinois along with several famous poets, blue and jazz musicians, and historians.

Just a small-town individual with great talent that made it to the big leagues. 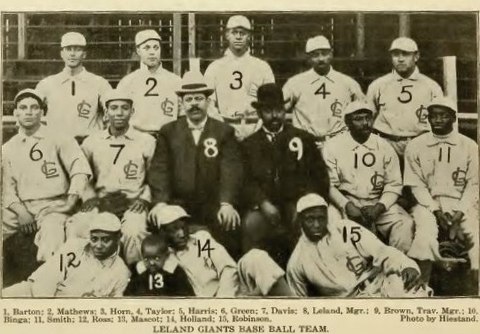